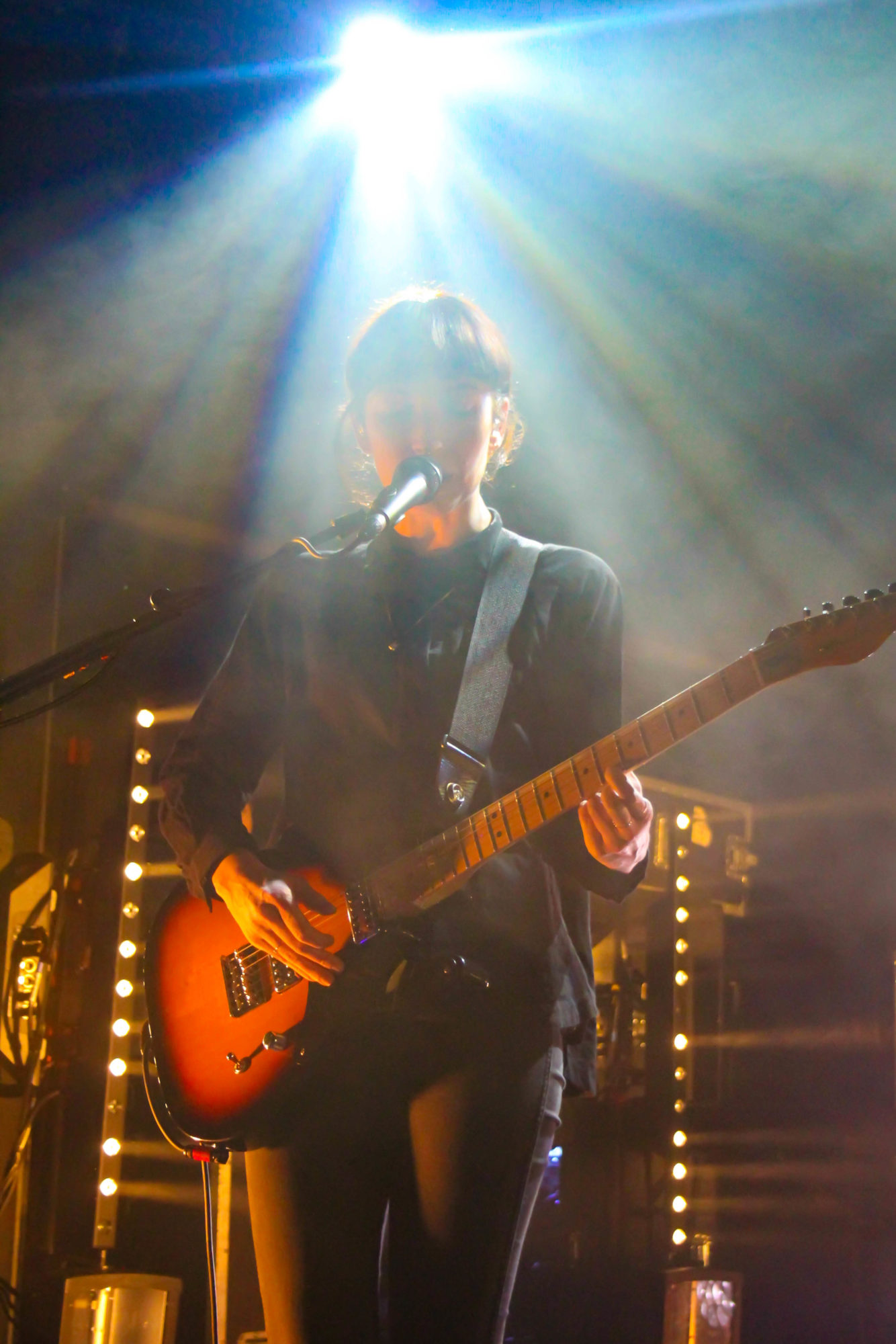 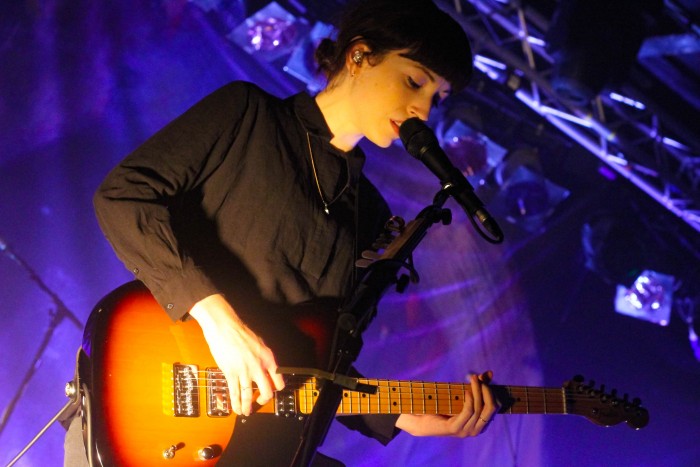 It’s not often that two bands complement each other so well than Daughter, supported by Pixx do on their UK tour. Both bands conjure sentiment and emotion and create more of a double headline than a main band and support.

It’s been a long time since I’ve seen a venue so packed for a support act. For those of you unfamiliar with 4AD’s signing, Pixx is the creation of 19-year-old Brits School graduate Hannah Rodgers. Inspired by Bob Dylan, Joni Mitchell and Aphex Twin but with a grittier 90’s edge she is definitely one to watch in 2016.

Daughter never fails to disappoint. The last time I saw them live was in Leeds Town Hall and the stunning location added to the evocative vocals, intoxicating guitar melodies and hypnotic drum beats so I wondered whether the goose bumps would reveal themselves this time in the more practical venue of Rock City, I was spellbound from the outset. With a fifteen song set, Elena Tonra, Igor Haefeli and Remi Aguilella captivated the packed venue with songs from their new album ‘Not to Disappear’ and their debut album ‘If You Leave’. From the opening song from the new album ‘How’ the audience were hypnotized into silence, entranced into silence by Daughters trademark fragility and ethereal meandering ambience. Even the token loud drunk teenage girls, clearly on a drama school night out, couldn’t fracture the atmosphere created by Tonra’s breathy vocals and the rich, deep guitar and drums punctuating the songs.

Stand out tracks included ‘New Ways’, with Haefeli’s guitar solo reverberating around the venue creating a thing of beauty. With the synth and gentle mallet drumming building to a crescendo the lyrics ‘there’s something in you, I can’t be without’ tore at the soles of everyone there. ‘Youth’ from their first album, elicited the biggest cheer from the crowd, the hundreds of phones filming the song for once weren’t annoying as they created a candle light effect, punctuating the darkness and adding to the tone and mood of the crowd. As mentioned previously in my Louder Than War magazine review, ‘Do The Right Thing’ tore at our soles. As we were taken takes the listener through the heart wrenching journey of dementia, ‘I’m just fearing one day soon I’ll lose my mind, then I’ll lose my children, then I’ll lose my love, I just sit in silence, let the pictures soak out of the television’. For anyone that’s been close to this subject the lyrics and tortuous, meandering nature of the harmonious guitar and drums is shatteringly accurate.

Ending with ‘Fossa’, Daughter left the crowd mesmerized, entranced, and even more in love with their ghostly beauty. If you haven’t yet seen Daughter live then I cannot recommend them enough and with the added support of Pixx, it’s a tour not to be missed.