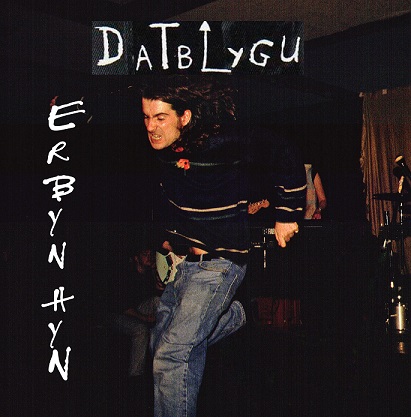 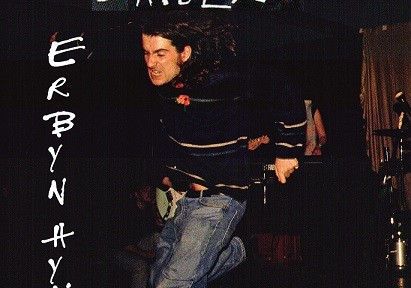 An uncompromising state-of-the-nation address from Datblygu. New album Erbyn Hyn confirms them as an important and revitalised musical force.

The return of Datblygu is an extremely timely one. Wales needs this band now more than ever. We’re (Wales) are currently suffering our worst period economically and culturally since the dark days of Thatcherism. Unemployment is it an all time high, obesity levels are the worst in the entire UK, councils are slashing funding to vital services like libraries, public parks and swimming pools whilst charging us more for the privilege.

We the people are the equivalent of Oliver Twist asking “please sir, can we have some more?” whilst being laughed at by the very people who are there to look after us. Small towns are suffering as councils invest millions of our pounds into “retail parks” out of town, which are the equivalent of American malls, with people flocking to get the best deal all in one handy little area. Even the Prime Minister has stated that living in Wales is basically choosing to die as our NHS is, according to him, in such a poor state (cheers for that Davey boy).

So, with all this going on, Datblygu have launched a state-of-the-nation address in the form of eight gloriously diverse and bullshit-cutting songs. Now, as the Erbyn Hyn (By Now) is only eight songs, it can not be classed as a full-length LP but whilst it is short in time it is not short of content.

Lyrically, David is as brutally honest and forthright as ever with his subject matter taking in everything from the meat industry, the school system, celebrity politicians, the media, Glastonbury festival, the current musical landscape, and sex. It is this last subject (dealt with in great detail on opener Achos and second song Dim Achos) and David’s no-holds barred approach to it that provide Erbyn Hyn with its most poignant and witty moments. Over the course of these two songs we find out about a love affair that’s not lasted and David’s inner most thoughts on where his potential children ended up. Dim Achos is a perfect example of a lyricist revealing to the world thoughts that many would be to afraid to reveal to anyone.

Musically, Pat creates a beautifully eclectic world for David’s lyrics. Thematically it takes in sea shanties, noir electro pop, alt-folk and feedback drone. It’s impossible to say what other bands the music reminds you of as the only band it does resemble is Datblygu.

Erbyn Hyn is not the sound of a band on the comeback trail chasing the pound. It is the sound of a band revitalised, with fire in their bellies. No half-measures are taken, no punches pulled (musically or lyrically) and it stands toe-to-toe with Datblygu’s earliest works.