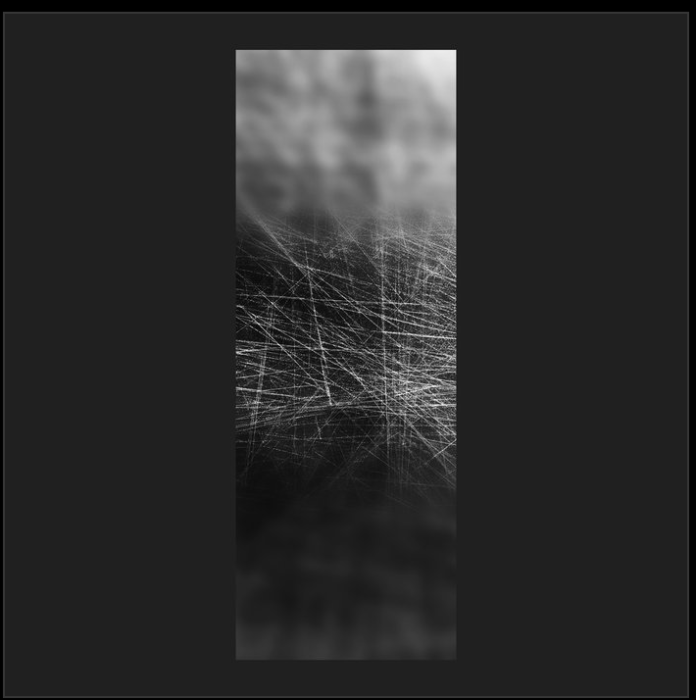 Every once in a while something extraordinary land’s in your lap, in more recent times two sonic miracles have landed in mine, the first was an LP called Starfishing by Darwin and the second was Fully Qualified Survivor by Michael Chapman. The former from 2012 and the latter from some 40 years previous both resonated. So Few Comets is the second album from Californian singer/songwriter Darwin (Meiners). I was expecting (and hoping) for Starfishing (volume two) but this didn’t arrive, what did arrive however something entirely different.

God’s Country kicks off side one, a hypnotic looped bass line (courtesy of David J – Bauhaus, Love and Rockets) leads into a tirade of America’s current governing regime who’s leader has a penchant for re-tweeting lies or “fake news” as he likes to call it. It’s all here; the message is signed sealed and delivered. Darwin talks of the controversial wall, the seemingly endless, senseless school shootings, the futile racism…

“We’ll build a wall, Jesus loves the whitest of us all”

“Arm your teacher, like we preach online. There’s a gunman with you in their sight”

As God’s Country builds to its climax amidst a hail of chopping staccato guitar and a refrain of “Re-tweet the lie, this is your country” Darwin still unwittingly manages to deliver such direct, un-nerving lyrics with a voice of velvet.

Greed begins with a soundscape somewhat reminiscent of Joy Division’s Atmosphere, lyrics delivered between layers of keys and an incredible low rumbling bass line whilst a powerful backing vocal chants “It’s greed, baby Oh, greed It’s greed, baby Greed”. On initial hearing this one appears to be one of a number of restrained pieces on So Few Comets but one I suspect is going to climb and climb. Somewhere between song and spoken word, Darwin conveys his message.

“Look at you Mr. Red White and Blue” as Picture Frame thunders in, boasting a brilliant hook throughout whilst lyrically, another not so subtle poke at the current administration. A roaring beast full of low-end gusto, there’s a great moment 3:25s in when the drum kicks back the hook, an immediate highlight of So Few Comets.

Eventually, a bass driven number, benefitting hugely from an (at times almost elusive) brilliant backing vocal that intertwines in and out of the song, vocally there is a lot happening here both up front and support, perhaps it’s that ethereal backing that actually carries this one, so very cleverly mixed that it’s difficult to hear when they actually appear and withdraw. Darwin accomplishes his message sympathetically that one day the world will be unified and that “even the saddest birds will sing” we await that day of course…

War In Me has an air of nervy uncertainty about it, suggesting an unsettling calm before the storm, one senses an onslaught is about to begin, it builds to an incredible climax employing various drums and assorted percussion that between them have recreated the horror of a bombing offensive whilst tracer bullets and rapid fire rage at will. “This is my confession, Played in reverse, I’ll be your blessing, I’ll be your curse” Rather dexterously the line “played in reverse”really is…a subtle touch.

The initial myriad of swirling up-tempo keys of Warning initially lift this track, suggesting that this one is going in an altogether different direction but the delivery of the lyric brings it straight back down, serving very much as intended…a warning “whatever will be, will be…we’ll see”. The undercurrent of a low melodic bass line is the subliminal lead instrument here even when the introduction of stabbing guitar chords and layers of organ are engaged to give this strength and body it’s still the bass that conveys.

Darwin returns to his trademark velvet whisper for Going Still whilst layer upon layer of instrumentation sonically play tricks with each other, at times dreamily wandering through the left and right channels which is actually rather a pleasant experience, and one best savoured with headphones. But it’s the final track on So Few Comets that speaks the loudest; this whole record has been leading to this moment – The Rose. ‘Exquisite’ is the only word to describe this incredible song.

The devastation caused by the raging fires in 2017 left this beautiful Californian landscape mirroring a barren, desolate, bare, lifeless backdrop once created by The Enola Gaye as she unleashed her deadly cargo on Hiroshima. The scene is set (and closes) by the use of a period field recording whilst guitars gently strum melancholically. The emotion, sentiment and passion is wrapped up 53 seconds in….job done, summing up everything this song is trying to say, it need say no more. Santa Rosa, California, 2017 “The Devil” was indeed “in the wind”.