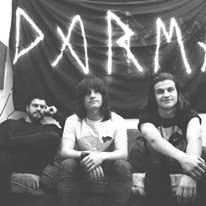 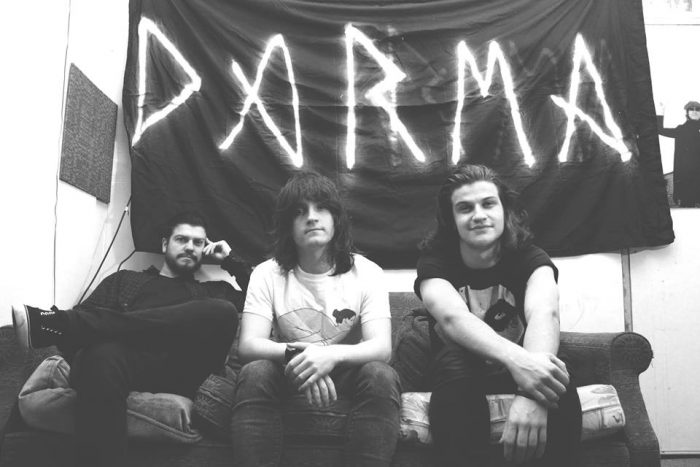 Three-piece grunge/alternative band Darma from Manchester form an exciting part of the grassroots music scene. Although currently unsigned, the band have been releasing recorded material including the EP Milk released on July 8; the follow up to their self-titled EP released earlier this year.

The roots of the band go back to 2010 when lead vocalist Harry Corbett and bassist Lloyd Whitehead met at a youth project rehearsal room near the centre of Manchester. The band went through several line-ups and name changes before they added drummer Issac Whitehead in 2015. The band cite influences including Nirvana, ABBA, Pixies, Feeder, Weezer, Muse, Placebo, Radiohead, The Smashing Pumpkins, The Offspring, The Vines; an interesting mix to draw on for inspiration.

The passion of the band is evident. Harry Corbett says:

“We just all truly love what we do and probably couldn’t do anything else. We all work in the daytime and at night we love to play our hearts out and try and make something of ourselves.  We do everything ourselves, we’ve never had any help and we release everything on our own. We’re looking to get more help to take things further, as our following in Manchester is really picking up and we want to take things further a field.”

Darma throw out quite a few decibels when they hit the stage. Their quality grunge-fuzz reverberated around The Jacaranda at a recent gig, making it an immersive audience experience. And a very fine experience it was. Treating the crowd to a range of their material, they showed what a great, loud and dirty band they are. 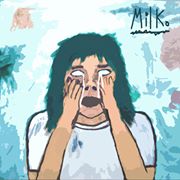 The band have plans to tour the UK in September. There are also three more EPs scheduled for 2016 and plans for the release of a full album in 2017.

With vital tracks like ‘What Are You Waiting For?’, ‘Wickerman’, ‘You’re Always Right’ and ‘Rebellion’ now available, Darma look set to become a welcome breath of loud and lovely rock to blow away the insipid indie cobwebs.