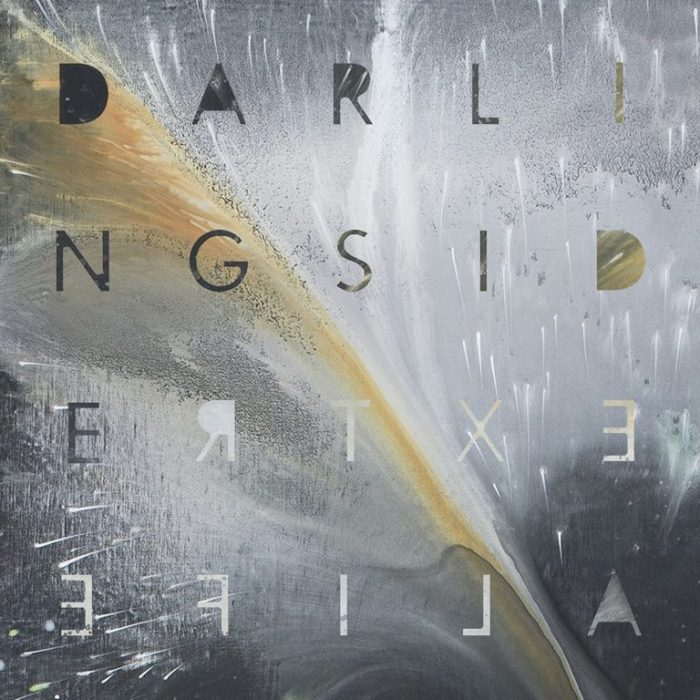 Darlingside have turned into the four horsemen of the pre-apocalypse. If you look out at the horizon, you might just see them approaching. Lend an ear to their approach too. The possible end of the world sounds rather beautiful. Yet, hang on a second. They’re offering us some hope? One last chance? In this great video game of existence, there’s a chance we can earn ourselves an extra life? Jon Kean reviews.

Whichever way you see their majestic approach, their focus has changed from the last album, Birds Say, which melded their separate childhood memories into one homogenous reflection on halcyon days. Extralife is a shapely addition to the post-truth popular music wave of the current ‘world’s gone mad’ epoch. It focuses on the present, declaring in ‘Eschaton’, “No matter what we’ve been,/ We are the upshot now.” It suggests that we abandon nostalgia and live in the present, taking it for what it is, but making the best of it.

‘Futures’ could soundtrack a Jon Voight/Dustin Hoffman coach journey, as well as reassuring us “It’s not ever too late.”  It’s worth listening to for the intro and mandolin outro alone. Conversely, the title track, ‘Extralife’ sounds like the last strains of humanity being eked out, like a tea bag on its fourth usage. For an album to begin with the phrase, “It’s over now” makes us sound as if we’re on borrowed time, asking us to question ourselves and probably our leaders, if there’s a looming possibility that “Mushroom clouds[will] reset the sky.”

‘Singularity’ has a concurrent sense that we’re often on our own, but also that as individuals, we can make a difference. It begins and ends with an Owl City sparkle, courtesy of a Septavox, an old analogue device that gives their sound on this album a Sega Megafolk sound that captures the video gaming ambience of their gloriously mis-spent youths. There’s some beautiful trumpet work on this and ‘Hold Your Head Up High’, which encourages acceptance and forbearance of imperfections. “The scratches on the album that you’re singing to” are all part of life’s rich tapestry.

‘Old Friend’ will make you think of Simon and Garfunkel’s ‘Bookends’, while ‘Lindisfarne’ sounds like a supportive community sitting around a fire, like the exiles in Ray Bradbury’s Fahrenheit 451. ‘Indian Orchard Road’, name-checks the pleasant, artistic, pastoral outcrop near Springfield, Massachusetts. With its sound reminiscent to the inspiring swell of Radical Face’s ‘Welcome Home, Son’, its imagery of crab apples sounds blissful, especially compared to the talk of “mountains caving in” on the title track.

If you listen carefully, you’ll hear what they’re telling us. It’s there in the final song: “We’re a long way, a LONG way from the best of the best of times.” But within that message is the motivation that a bunch of human beings can still assemble, unite and create a thing of beauty, which is what this album is.