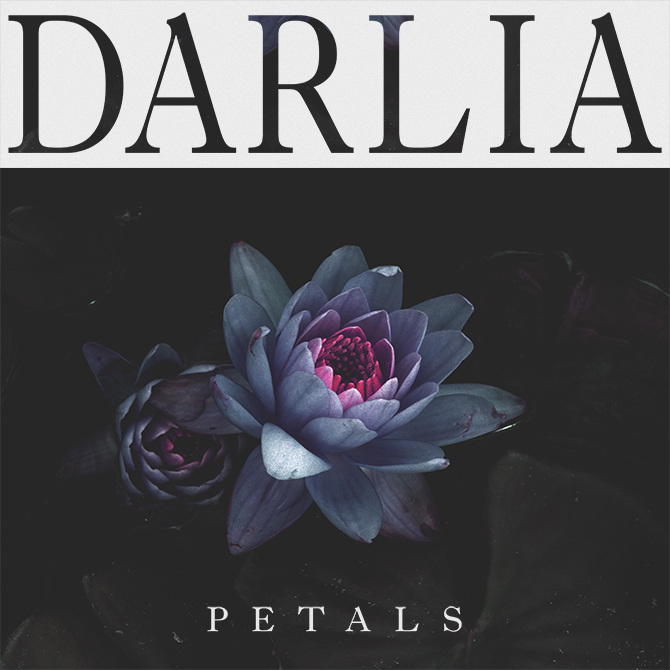 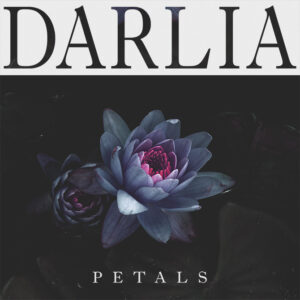 Darlia’s debut album brings together all their singles to date alongside a few added extras. Head-spinning indie with fizzing hooks and melodies is the band’s shtick, and a great one it is too says Roxy Gillespie in this review.

The feelings the music press have about Darlia are pretty contradictory. They’re either lauded as the saviours of rock and roll, or derided as 1994 wannabes. It’s a crazy way to look at a band, if you think about it. Their music may not excite you, but to dismiss it on terms of fashion seems off-kilter. Darlia play blazing, vital music, with just enough sleaze and jagged edges to pique my interest. Surely they shouldn’t be discarded or elevated so lightly. Both lead to a false premise, preventing people from discovering the music for themselves. What I’ve heard of Darlia, I’ve enjoyed. I’m glad I listened to the music rather than the hype.

So, rant over, I was looking forward to ‘Petals’. Having played ‘I’ve Never Been to Ohio’ far too much since it was released, I could see the advantages of a little diversity. If you’re looking for a rock anthem, ‘I’ve Never Been to Ohio’ has all the attributes. The streets must ring with fans chanting the words as they tumble, elated, from venues at the end of Darlia’s live sets. The verve and gusto of the track make up for the repetitiveness of the lyrics, which could irritate if not delivered so well. The growl and gravel of Nathan Day’s voice makes the track spell-binding.

‘The Stars are Aligned’ is a brilliant opening track, stating the bands intentions from the outset. It has one of the best rock intros I have heard for a while, showing that Darlia can bring the excitement of their live shows to their studio output.

As with a lot of first albums, some of the tracks are old favourites well before the release. ‘Queen of Hearts’ has been a Darlia stalwart for a while, the solid grunge winning hearts and minds, building the band’s fan base and reputation. This is a dirty great, behemoth of a track and a personal favourite. The 2015 version is a little less rough around the edges than the original, but I think I can forgive them.

‘Candyman’, whilst not as strong as the tracks preceding it, continues to tap into the rich vein of grunge rock these Blackpool boys mine so well. I find ‘Dear Diary’ a little too mainstream for my taste, but it’s a solid track with a catchy chorus non-the-less.

All in all, this is a strong first offering. I would be extremely pleased with my achievement if I had written even one song as memorable as this. I don’t think it has changed the world, or that it makes Darlia the kings of grunge, but certainly stands on its own two feet. I would find a review that dismissed it as just some sort of Nirvana copy hard to understand. This is a top quality album from a young band who are a valuable part of the current music scene.

All words by Roxy Gillespie. More writing by Roxy on Louder Than War can be found at her author’s archive. She can also be found on Twitter whereshe tweets as @RoxyG100.