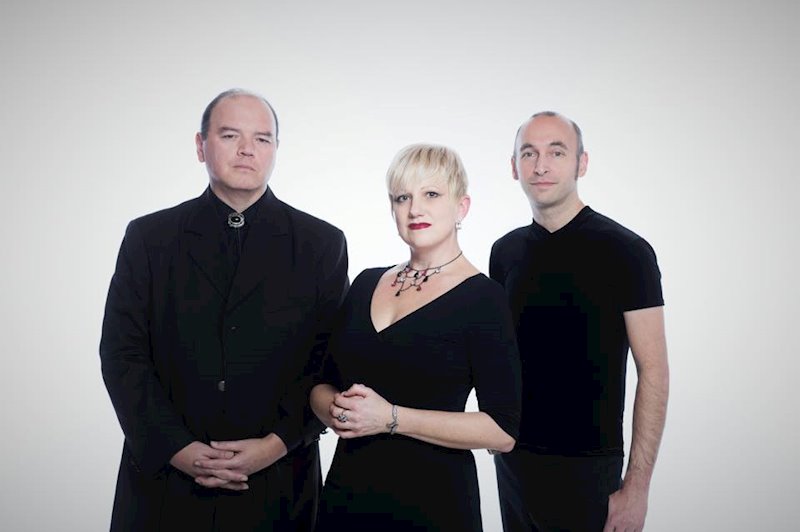 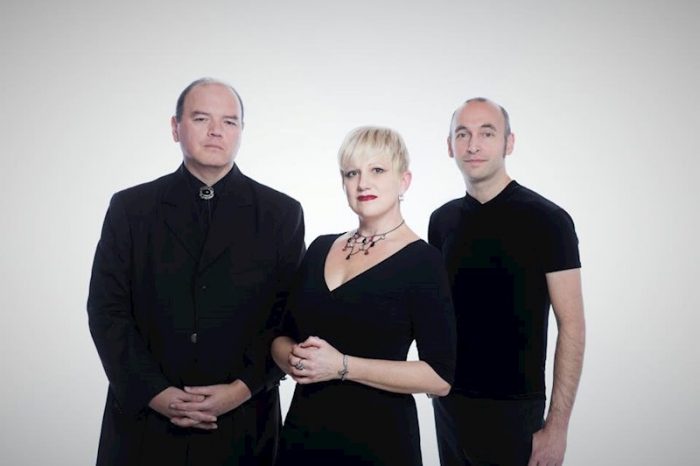 Autumn is Julie Plante (vocals), Jeff Leyda (bass), and Neil McKay (guitars). Forming in Minneapolis in 1994, autumn has always sought to create melodies that get the listener to feel something deeply, that have the ability to haunt you in some way after the fact. The band released two albums on Tess Records – “the hating tree” (1996) and “return to the breath” (1999), with accompanying tours in support of each album before taking an extended hiatus.

Time, and perhaps fortune, brought them back to the source, each looking to express that nameless feeling that drew them together so many years previous. In 2016, a plan was hatched, and they contacted producer William Faith (Faith and the Muse, Christian Death, The March Violets, The Bellwether Syndicate), who had produced autumn’s debut album with the idea to bring the home team back together to produce something new, with a bit of old world charm.

Between the lost promises of summer and the bitter austerity of winter lives the time between; the shorter, pallid days, the dying leaves, the melancholic reflection of time as it passes… This pensive time between has been evoked and pondered in the words of poets ranging from Yeats to Keats, and once again it finds sublime expression in the lush, passionate, melodic, dark pop of autumn.

“the fall” is the band’s brand-new 3-song single, produced by William Faith and released on Sett Records. Leading off with the track “the fall” the band inhabit the onerous tension between ire and loss, with vocalist Julie Plante spitting “I saw the light, and it was not where I needed it to be” over the haunting guitar refrains of Neil McKay and Jeff Leyda’s serpentine bass work, driving the beat onward.

“This release is about transition, both for the band’s sound as well as our personal lives; love, loss, hope. The sound is more refined yet diverse in delivery styles. It appears the band had a few more things left to say, and our voices seem a little more confident this time around,” says bassist Jeff Leyda.

B-side track “before and after” find autumn indulging their more atmospheric and ethereal sensibilities, letting your mind wander before finding yourself in far too deep in the wistful lament of the lyric to turn back: “for nothing comes without a price/sometimes payback is a slow road to hell…” The single closes with an energetic re-working of the title track in William Faith’s dancefloor driven “the fall – broken rmx”, certain to please the ear of electronica aficionado and standing autumn fan alike.