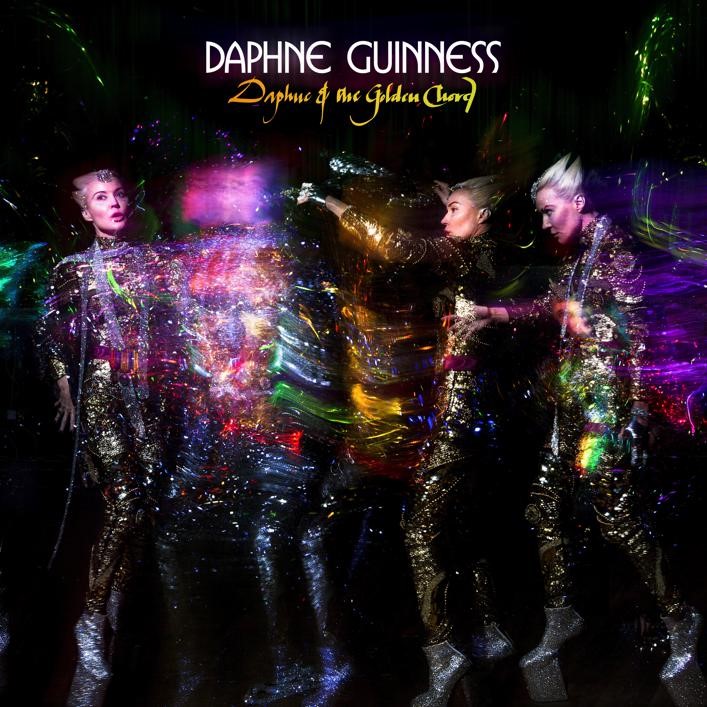 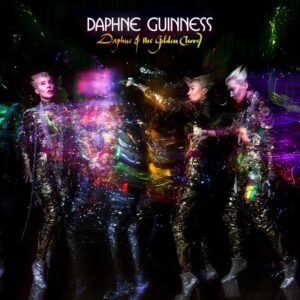 Daphne Guinness’ new album Daphne & The Golden Chord will be released on 20 April 2018. Produced by Tony Visconti, it includes a band featuring members of Go-Kart Mozart, Roxy Music and Generation X. Tony was also at the helm for Daphne’s critically acclaimed 2016 debut Optimist In Black, a partnership which arose following a recommendation of her music to Tony by David Bowie, who’d previously invited Daphne to interview him for the V&A’s ‘David Bowie Is…’ exhibition. Visconti recorded Daphne’s debut concurrently with Blackstar.

Daphne & The Golden Chord the new album from vocalist and songwriter Daphne Guinness is set for release on April 20, 2018 on Agent Anonyme/Absolute. A new single, Talking To Yourself has already been released.

The new album picks up where Optimist in Black left off, with a new dynamism to Guinness’ songwriting due in part to a new band including co-writer Malcolm Doherty, Terry Miles of Go-Kart Mozart, Thin Lizzy bassist Gary Liedeman, Generation X’s James Stevenson and Roxy Music’s Andy Mackay contributing to the album.

Daphne & The Golden Chord was recorded live to analogue tape at London’s British Grove Studios, on consoles previously used on The Beatles’ Abbey Road, Pink Floyd’s Dark Side Of The Moon and Wings’ Band On The Run. “I can’t sing a single word I don’t believe in,” says Guinness. “It’s the closest thing I can get to a memoir without making people I know very cross indeed. It’s all there: love, hate, nervous breakdowns.”

David Bowie originally introduced Guinness and Visconti. Bowie was so impressed with her music that he recommended her to his long-time producer and another chapter of her life began. “I took an instant liking to her – she played a demo of her track Evening In Space and that blew my mind. Based on that one song I wanted to work with her,” says Visconti of his ongoing partnership with Guinness. The pair finished recording the new album in only three weeks.

Music is a lifelong passion for Guinness. Having trained as a classical singer and later offered a place at London’s prestigious Guildhall School, a young Daphne always looked set to pursue a career in music, before life had other plans. And whilst The Golden Chord finds Daphne some distance from the strictures of her traditional training, for the former Bowie and Bolan-obsessed teenager, she’s now found her true métier.

There will be a London album launch/happening in Spring 2018. Details to be announced soon.

All words by Matt Mead. You can find more of Matt’s writing on Louder Than War at his author archive.