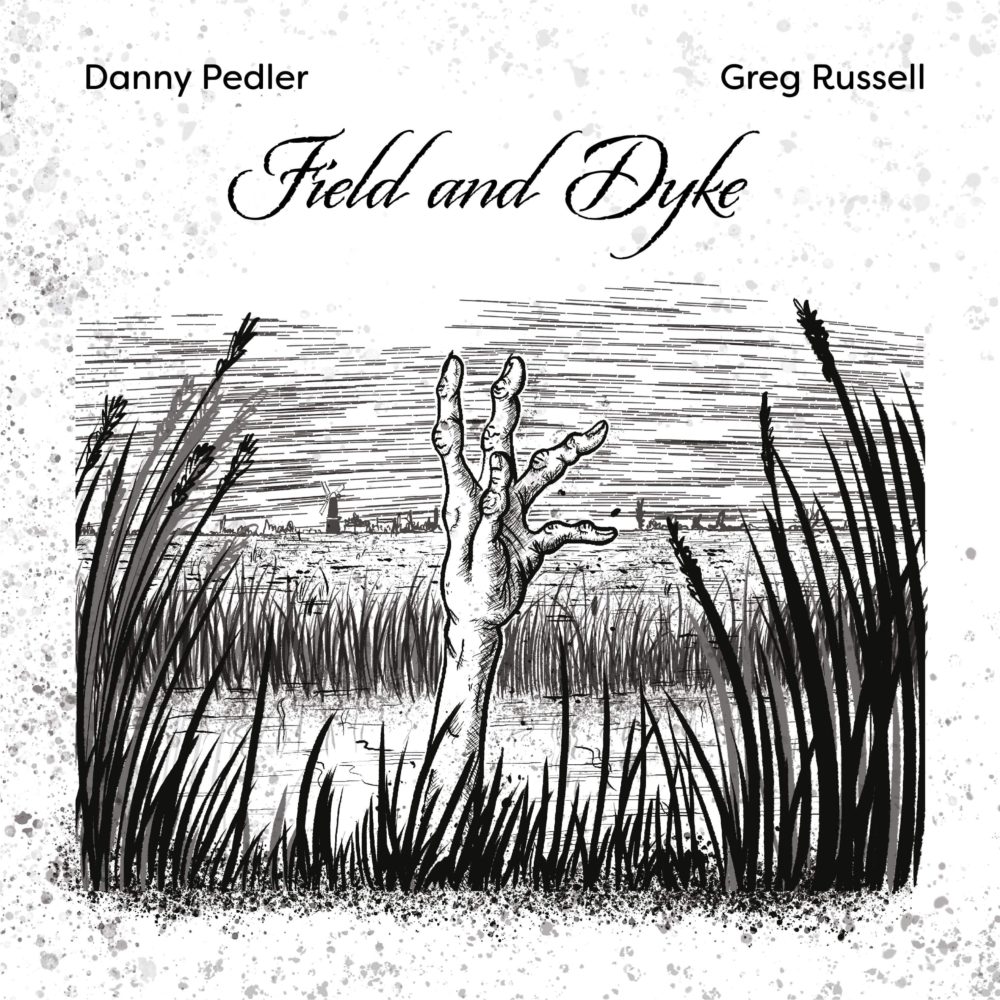 Lagging a bit behind the actual release, we catch up with a fascinating album from Danny Pedler and multi-tasking Greg Russell.

A project that combines traditional songs with the sounds of industry, the ten songs and tunes have evolved from the drive of Danny Pedlar’s oral history project. The omnipresent Greg Russell adds the weight of his name and his instrumental and vocal prowess to the slightly less well-known name of his musical partner and together they prove a potent package armed with an intriguing set of materials.

Reaping rewards from the South Holland area of the Fens, an area rich in agriculture and in folklore, we encounter tales of immigration, industry, the plight of the working man and the landscape. However, it’s the sounds of machinery, engines and soundbites from a mass of interviewees that make up the elements that set Field And Dyke apart from the run-of-the-mill folk albums. Ever heard of a groove created by the slightly broken motor of a bread prover or a song that features a machine that sprays tomato sauce on unbaked pizza bases? Look no further. It takes me back to 1982 and Melvyn Bragg’s South Bank Show documentary that saw Peter Gabriel collecting sounds (‘TV smash’ anyone?) as samples for his Fairlight musical machine.

However, what Danny and Greg have done seems a logical step really, considering the nature of, and the places in which these songs were sung. A great example of joined-up thinking. One review has likened the project to the work of Public Service Broadcasting and in hindsight, you can appreciate the analogy and the nod to the innovation.

The tunes, Knock On Wood (not that one) and the Delta 3000 LD SB XY Plastic Presser titled after the machine whose sounds provide the soundtrack for the workers offer an alternative to the musings that appear threaded through the songs. Field And Dyke feels like a real historical piece of work than a musical set. Folk music and folk arts as a means of communicating social and cultural themes. Assorted funding from the likes of the Arts Council for England has helped realise a project where the sounds are the star.

Listen to the title track from the album: