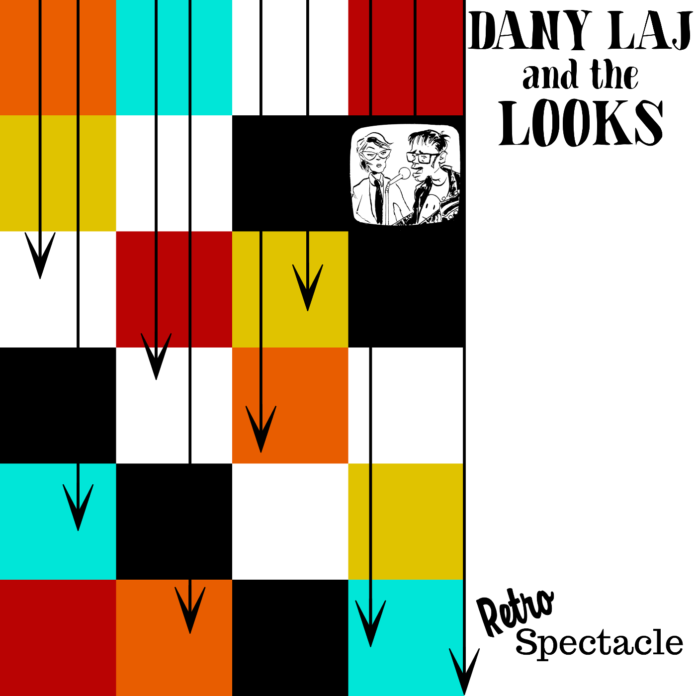 Dany Laj And The Looks: RetroSpectacle 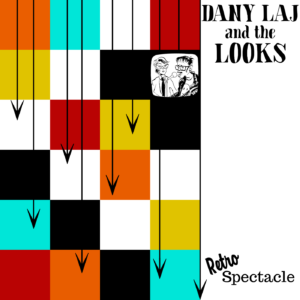 Dany Laj And The Looks kick off the new year with a bang as they plunder the archives for their aptly titled career spanning album, RetroSpectacle. Ian Corbridge plunders this treasure trove of gems to review for Louder Than War.

Following on from the success of their third album, Ten Easy Pieces, which Louder Than War heralded as “the sound of summer 2021”, Dany Laj And The Looks have responded to a request from Snap!! Records to delve back into their twelve years in existence and produced a kind of best of album. And I say that loosely as its comprised of not only some of their best singles, but also some very early recordings, fan favourites and some buried treasures. And given it’s not always that easy to pick up their albums, more especially in the UK, I totally get the rationale for this project.

We already know of Dany Laj’s early love for authentic beat generation style rock’n’roll which morphed very quickly into a thrilling and uplifting form of power-pop, you know the kind which allows the sunshine to penetrate even the darkest of days to leave you in a much better place. But there is also little doubt Dany has collected numerous different influences over the years like many collect band pin badges, all of which have been forged into his own unique style and sound. And this collection proves that his penchant for catchy hooks and intertwining harmonies have been a consistent feature of his writing and recording throughout his career to date, whether it is derived from classic pop, indie, country, folk or post-punk leanings.

Opening song Left Right To One, a more recent single from 2018, really sets the rock’n’roll tone in a fine way with its anthemic chorus line and classic vocal harmonies, with more than a nod to the likes of Paul Westerberg and Elvis Costello. The pace gets even quicker as they launch into I Know You Want Out from a much earlier period before moving onto Hold For Love which has a much harder edge to the sound.

Three songs in and the one thing that’s coming through is that it doesn’t matter what period of the bands evolution these songs come from, they all fuse perfectly into a classic mix of rock’n’roll euphoria that is simply irresistible. Given that I’m a more recent recruit to the good ship Dany Laj this is a true voyage of discovery which just keeps on giving right to the very end. And if this album doesn’t get you reaching for that air guitar or strapping on your best dancing shoes then you might need to have a word with yourself.

Other classic songs include Sweet Pretender, Best Thing In Town, and Mister Screaming Attitude together with a great unreleased take on Take It Away replete with magnificent guitar histrionics. Diamond In The Rough and Till The Darkness Goes plunder the heavier end of Dany’s musical spectrum, with Your Lips venturing into quirkier pop territory. If you go down the vinyl route you can also treat yourself to an accompanying French-language single Annie which has previously been unreleased on vinyl and is well worth a shout. 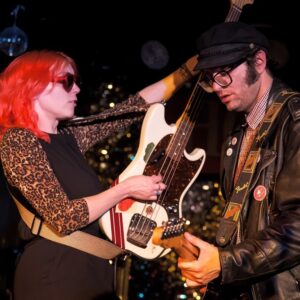 The nucleus of the band comprises Dany on guitar and vocals and Jeanette Dowling on bass and vocals with various drummers and keyboard players featuring throughout this collection. One of the most endearing things about this band is the raw live rock’n’roll feel that fuels every groove which makes you feel you are right there in the studio when they recorded these songs. Just try placing Paul Westerberg back into the Liverpool Cavern circa 1962 and imagine what that would sound like, and you would not be too far away.

Dany Laj And the Looks are becoming a tour de force in the world of power-pop and old school rock’n’roll and deserve to be heard by a much wider audience. RetroSpectacle is the perfect vehicle to take them further on this uplifting musical journey so do yourself a favour and hitch yourself a ride.

You can buy RetroSpectacle here, here and here.

You can buy the single Annie here.