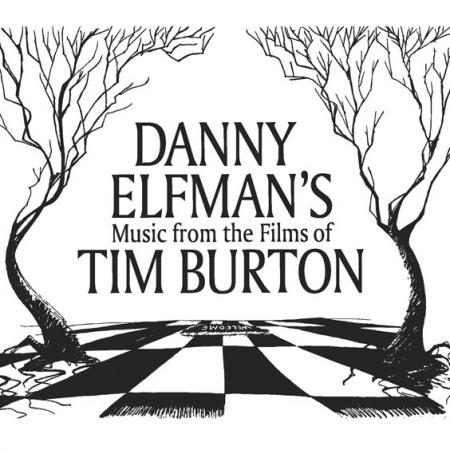 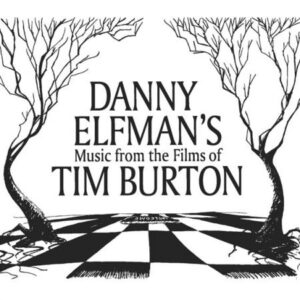 Danny Elfman’s Music from the Films of Tim Burton

Danny Elfman has composed some of the most memorable soundtracks in film history, augmenting brilliant scripts and salvaging lesser ones with imaginative and atmospheric musical scores. He is most famous for his ongoing collaborations with Tim Burton, a creative partnership now in its fourth decade and tonight’s programme draws from this enviable body of work.

The London Concert Orchestra and Maida Vale singers reproduce the scores which are ably guided by John Mauceri, a well-humoured American who smashes the stereotype of the conductor being a tuxedo wearing eccentric who just waves a stick. Elfman’s music is full of polyrhythms, abrupt time changes and manic percussion that could have sent the string and brass sections tumbling into the orchestral pit. Nevertheless, Mauceri kept everything ticking along; from the oompa klezmer beat of Beetlejuice to a particularly memorable violin suite in Edward Scissorhands – the orchestra dared not avert their gaze from him.

On a large screen hanging in front of the pipe organ, Tim Burton’s original illustrated sketches are shown alongside the scenes that were recreated on film. The animations are a welcome reminder of the pictures that Elfman underscored, but tonight it was his music that came to the fore. It was a good idea to not have constant footage throughout and let the audience focus on the music. The crowd was immersed for the full duration and the omission of visual stimulants on the screen, aside from the first minute or so of each piece, enhanced the auditory experience.

The full house was packed with Burton / Elfman obsessives and their appreciation was felt in the rapturous applause of each suite; a thunderous sound you’d expect at a rock concert but one that seemed to surprise the musicians onstage who might be more used to hearing snoring from the royal box. The biggest cheers of the night occurred when Elfman himself appeared for the last part of the concert where he sang a medley of tunes as Jack Skellington from The Nightmare Before Christmas.

These songs are seared into the memory of everyone in attendance and witnessing them live is mind blowing. His voice is operatic in stature, filling the hall with every nuance; a cross between a balladeering chanteur and a master of ceremonies in a 1930s Berlin Bierkeller. He stops a song when a violinist falls backwards off his chair to an audible gasp of horror echoing round the hall. After checking he was ok he got everyone to applaud in encouragement, dragging the red faced man front of stage at the end for the loudest round of applause of the night. This was such a humbling moment coming from a man who had created every note played tonight using just his imagination.

Elfman famously retired from live performance in 1995 after two decades fronting his much overlooked group Oingo Boingo; a new wave troupe of musical outcasts who were a mixture of Berlin cabaret, The Cardiacs and Frank Zappa. Such is the revitalizing effect of being on stage again that Elfman looks and moves like a gymnast in his prime – not a man of 61, and it seems the showman in him never left. After several standing ovations, he rushes from backstage for one last word;

‘A year ago was the first time I’d performed live in 19 years. It got to the moment when I walked on stage that night and I nearly couldn’t do it. I’ve toured the world since and every night I thank London for dragging my tired, rotting corpse back from the dead.’

To think that this man didn’t pick up an instrument until he was 18 is awe inspiring. As someone who has spent his most successful years in the shadows being greeted like a returning hero at the Albert Hall made him visibly emotional. In a room full of diehard fans it was a feeling that was reciprocated.