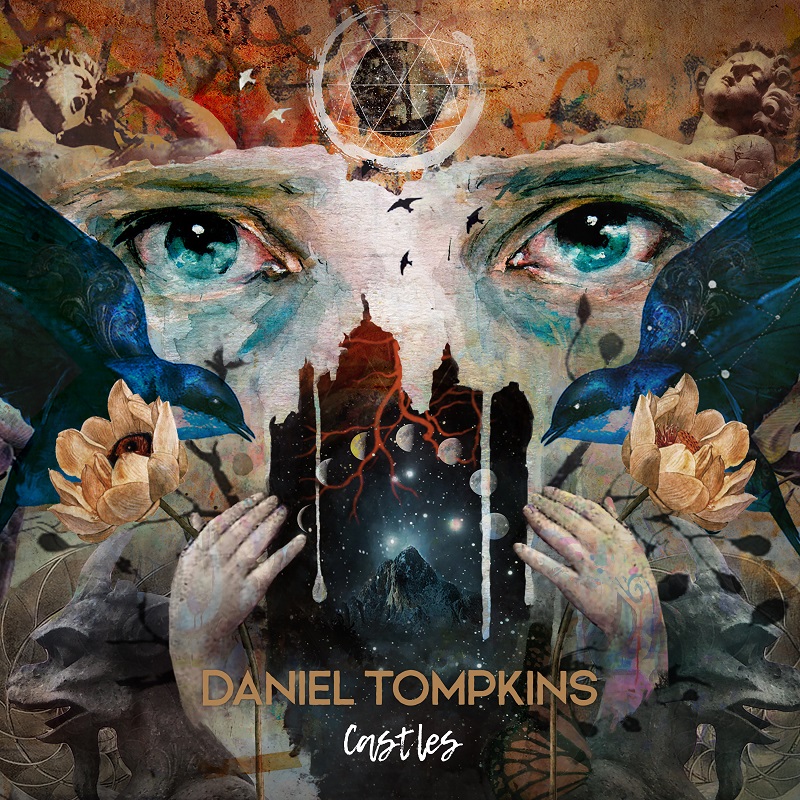 TesseracT singer Dan Tompkins branches out on another solo sojourn.

An album, we’re told, “inspired by the arc of relationships – tragic mistakes, misjudgements of character and victorious, passionate love.” It’s one that also demonstrates the diversity of Dan Tompkins; his travels taking him from the prog metal of TesseracT and Skyharbor to the more accessible direction taken in his White Moth Black Butterfly project.

It’s always fascinating to see where artists working in a band framework playing solo and where their own personal direction leads.  Castles is one that offers up a similar brooding and dark quality to Tompkins’ metal side yet in a vastly different frame.  He’s spoken of the album being “somewhat cathartic lyrically but in other areas, it explores amazing, victorious, passionate love. A lot of this story is told from the perspective of someone seeking that perfect partnership and the ultimate fulfilment of finding it.” As such there’s a strong element of restraint and taste from the moment Saved kicks in with a bout of electronic beats and lush atmospherics. It’s the first of four versions on the album; three additional stabs feature his TesseracT colleague Acle Kahney, Paul Ortiz and Randy Slaugh. The latter two, in particular, add more significant options which flesh out the bones and push the boundaries of the original track.

Slaugh also gets his hands on Kiss, perhaps the standout track on the record. A deep and ominous industrial vein runs through the piece with overdriven moments that add to the claustrophobia. The Slaugh version strips things right back and may well have listeners reaching back for the potency of the ‘original’.

A passionate “My fire still burns, was it ever really gone?” accompanied by some dominant guitar drives Cinders while the cinematic aura on Limitless is disturbed by some juddering bursts of intent. It’s the sort of build-up technique that Anathema employ so well; awaiting the moment of release that inevitably comes.  Only on Telegraph is the tension broken by a more sweeping alternative. Ultimately, Castles is about realising and liberating a musical freedom and a chance to truly express his creativity. “I have directed and produced every aspect of the project. This feels like a new start as an artist and the most excited I have personally been so far throughout my career.” A set of songs where increasing confidence drips from every pore.

Watch the video for Limitless here: