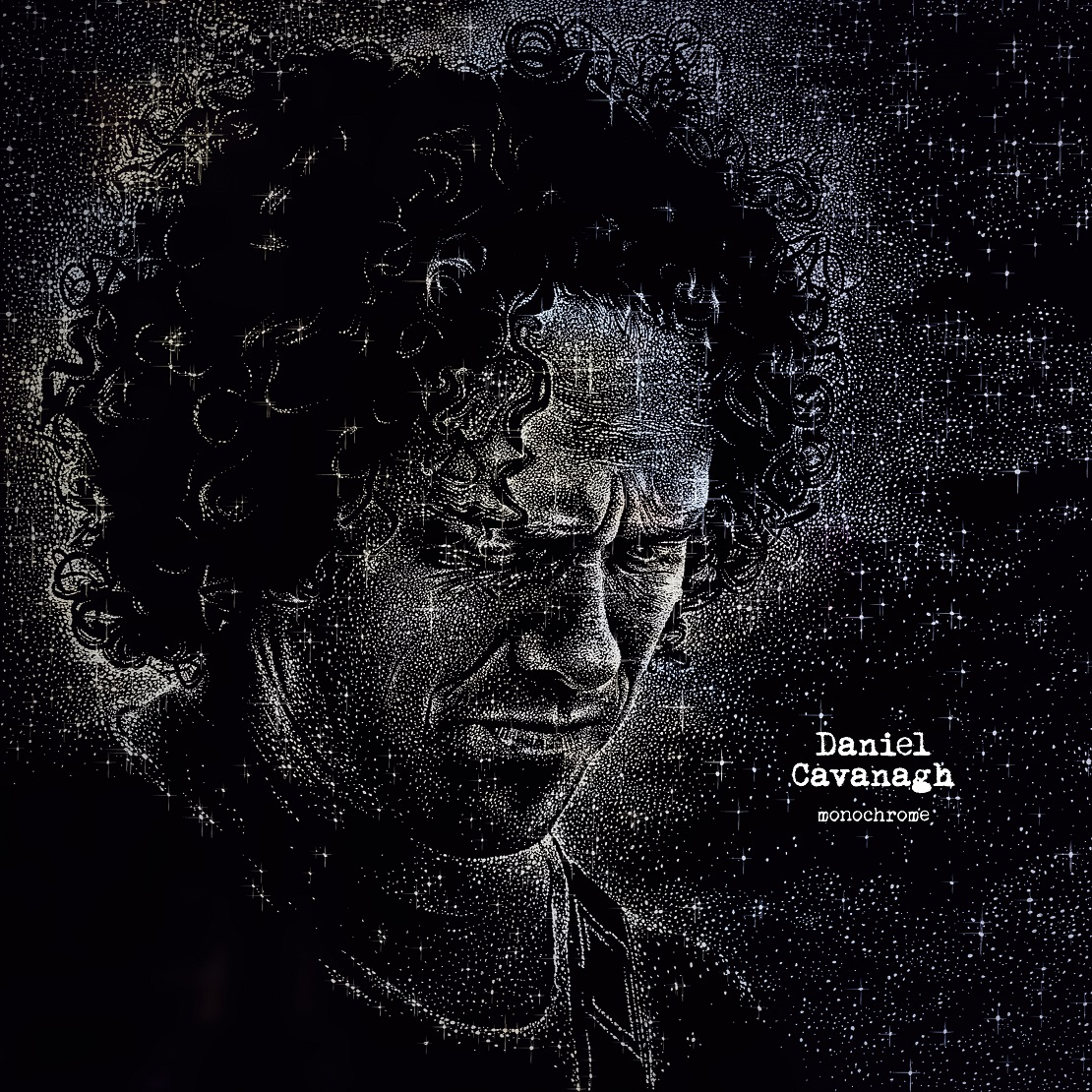 Releasing an album on Friday the 13th might tempt fate, but the new solo album from the Anathema man is quite simply  a revelation. Period.

While the day job has seen Anathema continue to reach into musical and geographical territories that confirm their status as a premier league rock act, the undisguised feeling of dealing with some challenges in delivering The Optimist shows that making music isn’t always an easy passage.

Perhaps the circumstances and the uneasy gestation of that record proved what doesn’t kill us makes us more strong. Achieving the ultimate accolade in gaining the public’s vote as the Prog Album of the Year belied the fact that beneath all the exterior of the stereotypical  Scouse strut and swagger, lies  the  uneasy soul of Daniel Cavanagh.

His own personal turmoil and demons may have tugged at his core and consciousness but down the line seem to also confirm how we find inner strength and artistry emerging from  moments of adversity  and times of trouble.  For Daniel,  Monochrome has emerged  as an outlet for him to trawl his psyche to channel into a series of songs and musical explorations that are simply staggering.  Complied over a period of time, it will be nigh impossible to find a critique  of Monochrome that doesn’t use the word cathartic, so having crossed that bridge, take the chance to share in a therapeutic voyage into the essence of Daniel Cavanagh on  an album in which  Anathema fans will find both solace and inspiration.  In fact Monochrome is much more than an album of songs. It’s an experience.

Aside from Daniel, long term musical friends Anneke Van Giersbergen and Anna Phoebe provide restrained cameos on an album that is genius in its simplicity, free from  flashy  screaming guitars, massive choruses or indeed any sort of ostentatiousness. In fact it’s his simple aptitude on the piano that stands proud. Seeking out and caressing the keys with a deftness of touch and in a manner to add just the right touches. An appreciation for time and space and the impact of feel and emotion which at times is  intensely overwhelming.

Immediately, the lyrics of The Exorcist give an insight to a psyche that seems both troubled and in need to unburden. The opening lines of the record “I can’t be where you are…I can’t feel what you feel”  establish the underlying notion of attaining enlightenment, seeking closure and the impact of  their simplicity and their sentiment. The vulnerability has an unguarded honesty and confessional quality that as he sings of being saved from himself and the guitar emerges into a gorgeous five note guitar figure. Fledgling steps on the road to redemption and deliverance

The first appearance of Anneke Van Giersbergen sees her contributing a breathy distant texture to This Music – wringing out a unexpected breath-taking delivery on the opposite end of the spectrum from what you’d expect. It’s as strong an opening pair of tracks as you’d find. Ever.

The most dynamic moment in the record comes in the journey to a mid song climax in Soho, a track that develops into a crescendo and then halts. You’ll know the feeling from listening to Anathema as Daniel and Anneke indulge in a familiar vocal connection. Left  in limbo, floating and weightless, it’s a moment in which you’ll find yourself on the edge of your seat, holding your breath awaiting where the atmosphere and the ambience is going to carry  you. “I feel you around me, I feel you upon a breeze” and the suggestion that we’re addressing a moment of transcendence.

Any mention of ravens has Steven Wilson springing to mind but the centrepiece The Silent Flight Of The Raven Winged Hours – although perhaps the most ambitious and challenging of the tracks – is the one that in time may have the longevity. Orchestral, cinematic, it’s a composition sweeping through movements, in parts ominous and intimidating as a pulse threatens to temporarily dominate, until a synth passage conjures up mid seventies Yes or Vangelis and a vague hint of desperation and controlled feanzy looms before evolving into  a mercifully calm finale.

Anathema fans will be busy dissecting moments that are closest to the band and might find Dawn the most Anathema like track – at least in the ominous flurry of acoustic guitar notes that serve as an introduction before Anna Phoebe takes things in a different direction. A violin part straight from the folk tradition reinforced by a percussive rumble that almost takes the track into a folky jig. A bare three minutes which are a temporary aperitif to music that makes a bit of a mockery of Daniel’s suggestion that ‘side one’ is the bees knees.

Oceans Of Time may even be the partner to The Exorcist in terms of the release of emotion as Daniel and Anneke again pair up in a melancholy lyrical dialogue that ruminates over contemplative thoughts and regrets of letting go/letting the feelings show. It  progresses into an anguish and  one of those melodious guitar parts that makes the music of Anathema so strong.

Closing out on the instrumental Some Dreams Come True he may have saved the best till last. An modest lullaby drifts in on almost four minutes of repetition of a simple five note piano phrase  as waves gently lap and Anna Phoebe adds the most exquisite floating violin across the top. The ghost of Sigur Ros adds an aura that induces the feeling of being kissed by an angel. Maybe an unanticipated highlight, a musical experience that’s close to an out of body experience is topped by the ultimate poignant moment with the melting sound of the infant chuckles as seagulls hover.

Daniel himself has described the album as having “a late night, candlelit feeling, evoking the light of dusk as the summer sun sinks below the horizon, setting the scene for thoughts and meditations that many people will relate to.” Never knowingly undersold, it feels like so much more. An affirmation of the circle of life, Monochrome is a deeply personal and reflective work that regularly transcends what we think of as rock music. By directing what must have been a candid insight into himself, Monochrome offers a sublime and profound accomplishment.

You can watch the video for The Exorcist here:

Check out our interview with Danny where he gives us an insight into Monochrome.