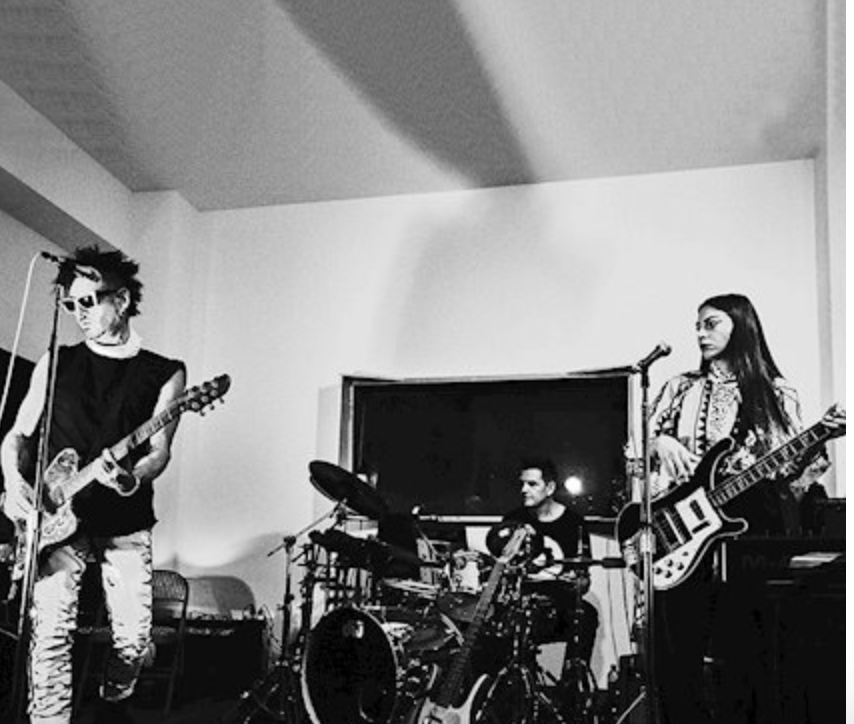 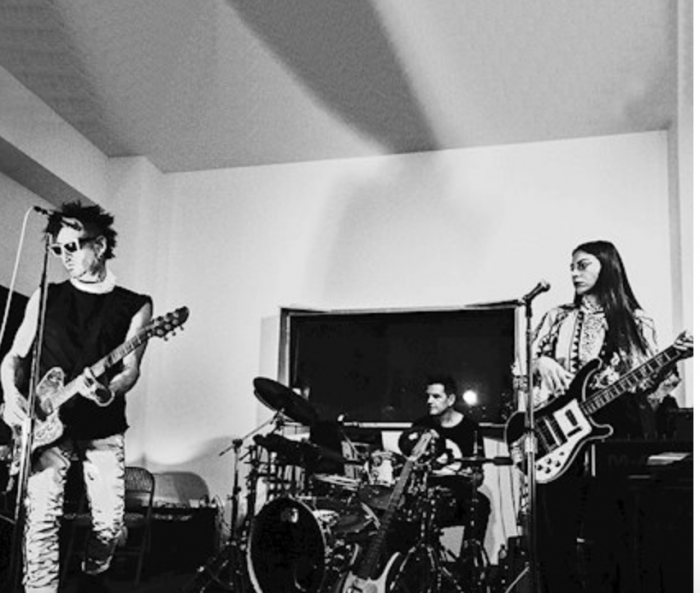 On the trail of a hugely successful campaign for Kevin Haskins’ new book ‘Bauhaus – Undead’, is the debut album from his new band Poptone.

Together with long-term bandmate Daniel Ash and Haskin’s daughter Diva Dompe. This is the fourth band Haskins and Ash have formed together on the trail of three legends of the music realm: Bauhaus, Tones on Tail & Love and Rockets.

This album features a fresh live take on tracks they wrote for these three acts, as well as a cover, for their Part Time Punks show on KXLU FM in Los Angeles. Catch this 13-track offering as well as the band live during their 8-date West Coast tour, which kicks off May 10 in Solana Beach, CA and ends May 20 in Vancouver.

There are two more releases you should be checking out – one is the new Daniel Ash single ‘Alien Love’, available exclusively through his own website at www.danielashmusic.com – and the second is the ‘Modern Day Privateers (Remixes)’ EP by …and we all die, for which Daniel Ash has contributed a super catchy remix, along with contributions by Assemblage 23 and Dead Milkmen’s Rodney Anonymous, among others.

Daniel Ash and Kevin Haskins of Bauhaus, Tones on Tail, Love and Rockets teams with Diva Dompé as Poptone

Bauhaus, Tones On Tail and Love and Rockets – all critically acclaimed bands. Daniel Ash and Kevin Haskins were founding members of all three. Now joined by Kevin’s daughter Diva Dompé on bass, they have formed a new band called Poptone.

The three-piece have announced the impending release of the debut ‘Poptone’ album via Cleopatra Records. This double LP consists of 13 songs from their set, originally recorded for a recent Part Time Punkssession on KXLU. The band will also soon be touring the West Coast Tour in May.

Poptone was propelled to life by an epiphany that woke Daniel Ash up in February 2017. In the early hours, loudly jolted awake by Motorhead’s ‘Ace of Spades’, Ash had a light bulb moment…”I need to play live again”.

Borrowing their name from 1979 seminal P.I.L track, Poptone is bringing back to life the ground-breaking music of Bauhaus, Love and Rockets and the otherworldly Tones On Tail, playing a diverse repertoire of their own highly original and hugely influential music.

Their set leans heavily on Tones On Tail, the songs of which have not been performed live for over 30 years! With Diva Dompé faithfully recreating original bassist Glenn Campling’s incredible bass lines, Poptone has essentially resurrected the Tones’ archives. Having played only 27 live dates during their existence, this band remains somewhat of an enigma. Poptone also performs a sprinkling of solo Daniel Ash, a healthy dose of classic Love and Rockets, and a dash of Bauhaus with live sets also featuring the odd inspirational cover to stir things up.

“It’s been a real treat to revisit the unique and eclectic Tones catalogue,” says Kevin Haskins. “I feel that there are many people who didn’t get a chance to see us back in the day and so I am excited for them to hear these weird and wonderful songs played live again. With the addition of Bauhaus and Love And Rockets material, it’s a veritable feast for the ears!”

Poptone have been delivering a blistering live show across America over the past year. This will continue in 2018 with eight dates in May already confirmed. With the band rehearsing previously numbers they’ve not yet played live, 2018 looks to be another great year with an eye to writing new material further down the road. The May tour sees the band come to California’s Solana Beach, Pomona, Los Angeles, San Francisco, and Santa Cruz, followed by Seattle, Portland and Vancouver.

Poptone are fulfilling a lifelong dream for much of their audience, most of whom would not have seen Tones On Tail play live during their brief existence. Of course, Bauhaus was resurrected in 1998 (after a 15-year absence) and again during 2005-06 and, save for occasional appearances in 2007 & 2008, Love and Rockets bowed out in 1999. For all three groups, but especially with respect to Tones on Tail, this is your chance to seize the day – Go!

The new ‘Poptone’ record will be available digitally, on CD in a mini jacket, and on white vinyl in a striking 2 LP set and can already be pre-ordered with advance copies of the LP available exclusively at Poptone live shows.