Home Blogs Danger USB – the saga of ‘The Gathering Sound’ 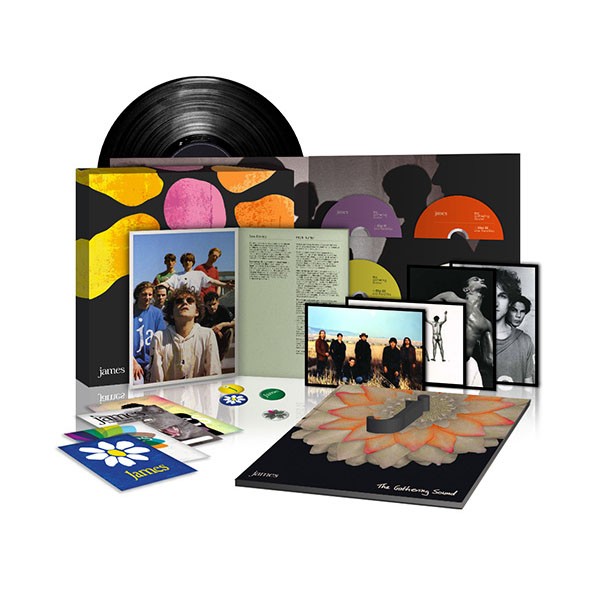 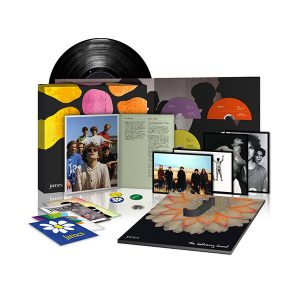 The seemingly never-ending saga of “The Gathering Sound”Â, the career-spanning James box-set

Given the hype over the return of their contemporaries from the “Madchester”Â era, you would think a record label would be falling over themselves to sell us a career-spanning boxset from James, whose upward career trajectory and roots coincided to give them the dubious pleasure of being placed in that music press box. It would appear not.

Hinted at in interviews around the release of the two mini-albums The Night Before and The Morning After in 2010, there was a great sense of excitement in the James fan community when in the autumn of 2010, Amazon listed a box-set entitled The Gathering Sound for release on November 29.
The Universal trade site for distributors published a tracklisting, including a studio rarities CD of mostly unheard tracks, a live rarities CD, the two mini-albums combined on one CD, a 12”Â vinyl of demos, the legendary Come Home film from Manchester G-Mex in 1990 on DVD for the first time and booklets containing the band’s history and pieces on the band written by contemporaries, friends and fans. The crowning point was to be a J-shaped USB stick featuring all the band’s albums in lossless FLAC format and videos with a built in media player.

Release dates were pushed back through December, and then once the Christmas market had been missed, disappeared completely. The band themselves announced nothing officially, a sign that something was amiss, and it transpired during VIP soundcheck questions on the December 2010 tour, that there were issues with making the USB stick actually work.

Fast forward eight months and a pre-sale on the Universal website was announced for August 16, 2011, which included 500 copies containing a print signed by the band. Hopes rose that the stick issue had been fixed as a release date of October 17th had been set. 12 track promos featuring eight songs from the albums, the early demo Willow (which pre-dates Tim Booth’s involvement in the band), Whiplash outtake Hedex and two songs from the live disc were circulated in preparation for the anticipated release.

The presale itself was beset by problems with people being unable to order despite being logged in, people being charged using cards immediately when told they wouldn’t be, leaving many disappointed punters and fury being directed towards Universal, and consequently the band. Three demo tracks of songs from The Morning After, supposedly an extra incentive to purchase from the Universal Boxset Store, ended up being available to anyone who typed in an email address on the website. 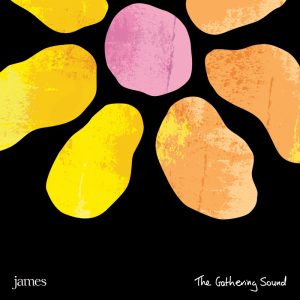 October came and went and no communication from Universal. It wasn’t until December 9, when an email was sent out to all customers informing them of a delay to February 2012. At this point, the band made a statement via their website expressing their upset and disappointment at the continuing delays, probably with fingers crossed and gaffer tape across their mouths. Rumours abounded that content could be deleted, testing had only been done on PCs and the USBs were incompatible with Macs and that files were missing from supposed production samples.

Whilst maintaining a dignified public silence, probably not wanting to inflame the probably heated arguments going on behind the scenes, the band had informed fans during soundcheck Q+As on the October 2011 tour that production samples had again failed to work properly.

Fast forward to February 2012 and that Amazon link is now showing a release date of April 2, 2012, which suggests that there still is no fix in place. The Universal information machine was still telling people as late as the last week in January that the boxset would be released in early February and that Universal was actually waiting for the artist and manufacturer to release it to them to ship, as if the band were going to throw their legacy away on a piece of plastic that didn’t work. In this time, USB products have been released by Universal, including a special Queen set just before Christmas.

You have to feel for the band, and their management. Firstly, it’s their legacy, no one else’s that is being tainted here. And secondly, they’re in a no win situation ”â€œ announce each and every Universal release date and they’re seen as complicit in the USB fiasco, or say nothing and be accused of not keeping their fans up-to-date.

Perhaps The Gathering Dust, as coined on one of the James forums, is a more appropriate title for the boxset.