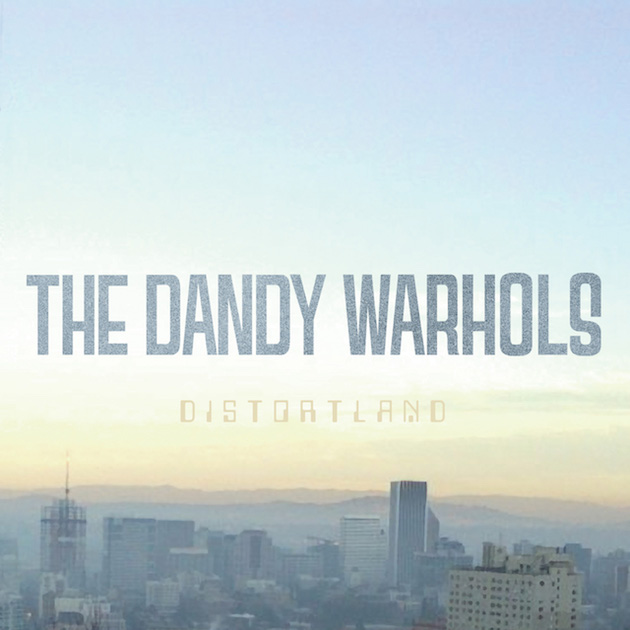 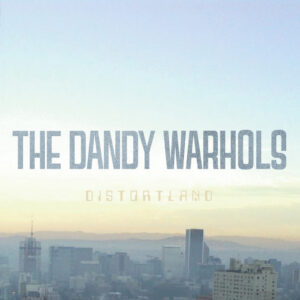 Portland’s perma hipsters grow old gracefully on their most coherent, focused album since Welcome to the Monkeyhouse. Sam Lambeth investigates.

The Dandy Warhols have always been arch, but lately their cynicism has taken a self-deprecating descent. Their last album, 2012’s This Machine, saw frontman Courtney Taylor-Taylor wryly say “I used to be cool”, whereas Distortland ends with the weary admittance “I am too old for this shit.” It’s on perhaps the album’s finest track, the sobering ‘The Grow Up Song’, a chugging, drum-less confessional discussing people getting married and moving on, serving as a note-to-self for most 25-year-olds.

Sobering is definitely the theme that runs through Distortland, Taylor-Taylor and co painting themselves as concerned overlords as their hometown of Portland changed from a quirky chasm to a cultural clique. Opener ‘Search Party’, with its catchy handclaps and skewed acoustic guitars, resembles Give It Back!-era BJM and is a positive start to what has been billed as their best album for well over 10 years (not as big an achievement as it sounds, considering we had to endure 2005’s bloated Odditorium…).

‘Give’ and ‘Doves’ both glide along on Taylor-Taylor’s surprisingly strong falsettos, with most of the album perfecting an intriguing balance between a lo-fi thrum and menacing, detuned ‘80s keys. This is evident on the chiming ‘Simper Fidelis’ and the tongue-in-cheek exploits of ‘Pope Reverend Jim’, while lead singles ‘You Are Killing Me’ and ‘STYGGO’ are the catchiest, most coherent cuts the quartet have made in a long time, the former a pounding electro rock out and the latter pulsed by a minimal bass groove.

After a succession of self-indulgence, with Distortland, The Dandy Warhols rediscover the fine art of quality control. It may not be perfect, but as rock’s great recyclers, the Dandies still rule OK.

Listen to the lead single ‘You Are Killing Me’ below:

You can find The Dandy Warhols online at www.dandywarhols.com/

Sam Lambeth is a Birmingham-based journalist, writer and musician. You can find more of his work on his blog. He doesn’t use Twitter.