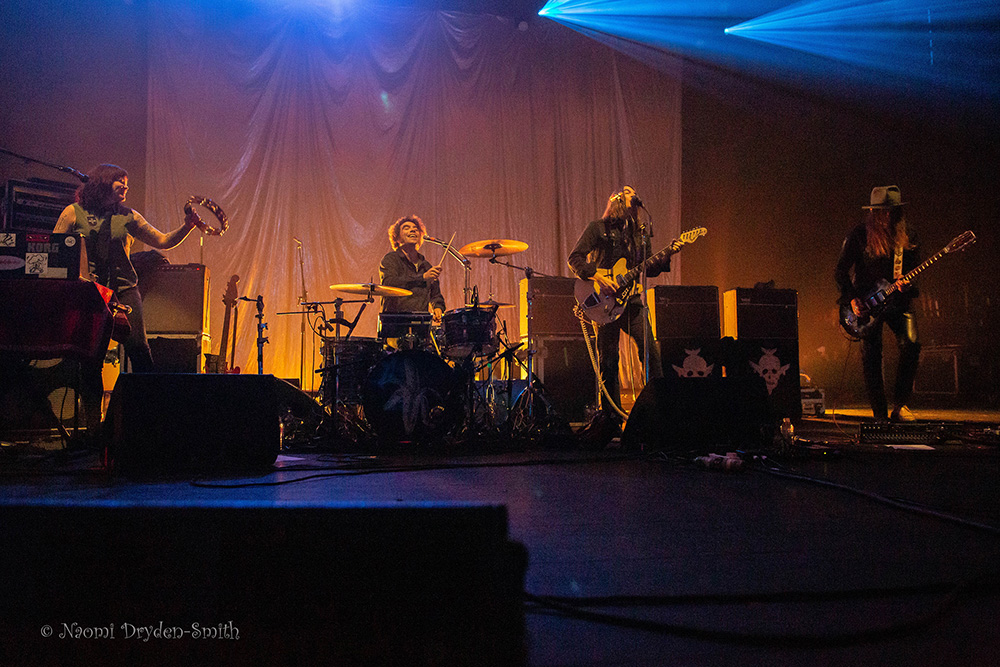 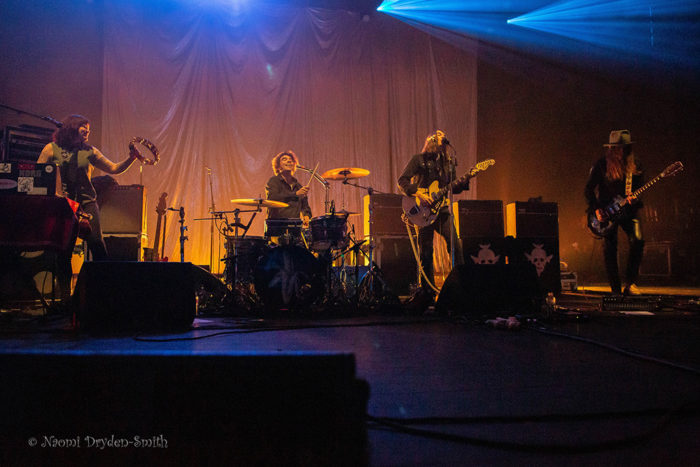 It’s a fast-driving twenty-fifth anniversary celebration with The Dandy Warhols. Louder Than War’s Christopher Lloyd and Naomi Dryden-Smith join the party with some celebratory words and photographs.

“We used to be friends” sang The Dandy Warhols back in 2003. For a period of time in the late Nineties it felt as though everybody and their uncle were friends with the Dandy Warhols thanks to the ubiquity of their planet smashing ear-worm Bohemian Like You taken from their third and most commercially successful album Thirteen Tales From Urban Bohemia. That album that perfectly encapsulated its time and was followed by many more albums which, whilst not as successful with the mass record-buying public, were still every bit as steeped in a willingness to experiment, explore and ultimately consolidate a myriad of stylistic reference points, and with them to create a unique sound that is distinctly their own.

2019 sees the twenty-fifth anniversary since the band formed and to celebrate it they’ve released a new album Why You So Crazy? and are taking it on the road as part of an anniversary tour that sees the band playing tracks from all of their entire back-catalogue (with the bizarre exception of their debut), bringing various collaborators from over the years onto the stage, including ledgendary Bebe Buell, Jonathan Read (The Specials), Chris Constantinou (Adam and the Ants/The Mutants) and last but not least Rat Scabies (The Damned).

The Birmingham stage is bathed in blue light, and the band slowly amble onto the stage as the opening bars of recent single Forever slice through the PA with a slow melodic burn that sets the tone for the opening handful of songs. It’s a sparse minimalist sound which enables the audience to hear every note being by played by all four band members perfectly and acts as a perfect way to ease into a long set that has many different musical bases to cover. 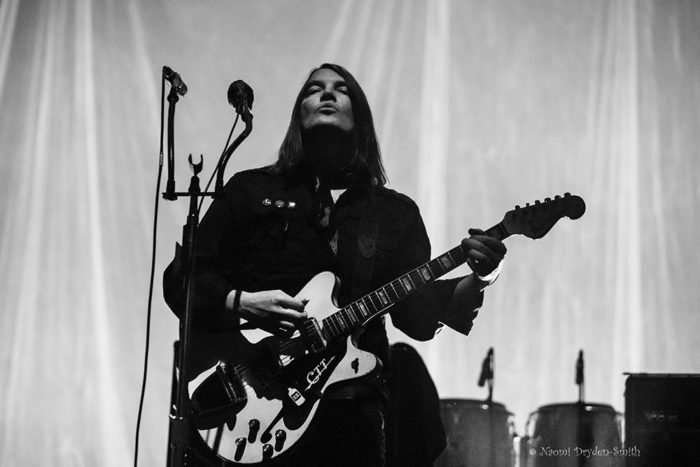 The pace picks up a few songs in with the introduction of the only b-side of the evening, the fuzz-laden Crack Cocaine Rager, followed by Get Off, which finally gets the sold-out audience jumping, waving and singing along with vocalist Courtney Taylor-Taylor word for word. For the track Highlife, Courtney gets to take a few minutes away from the mic as Keyboard/Bassist Zia McCabe steps up to take front vocal on the electronic country stomp that makes one of the unexpected highlights of the new album, and she is clearly having the time of her life. It’s such a wonderful sight to see a band having so much fun so far into their careers. 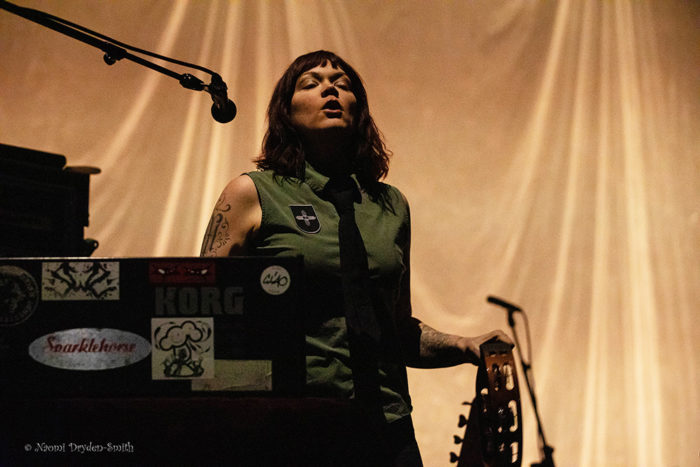 I Love You takes its four-minute album running time and substantially extends it. The slow-burning dirge of the original album version is transmogrified into a sonic wall of noise courtesy of guitarist Peter Holmström, who has clearly channeled his inner Kevin Shields to create a face-melting barrage of sonic heaviness, which when coupled with Zia McCabe’s low bass drone, gives many a fan of the poppy elements of the Dandy Warhols sound reason to squirm uncomfortably, yet never angrily. Those fans of the more melodic style hadn’t got to wait too long before the anthemic Bohemian Like You makes its appearance, which was predictably received ecstatically.

With nine albums to draw from, picking a set-list that would please everybody was never going to be an easy task, but this anniversary set really highlights just how innovative this band really are. As the set comes to a close with a double whammy of Everyday Should Be A Holiday and Boys Better from what is arguably their best album The Dandy Warhols Come Down, hundreds of balloons fall from the Institute ceiling and bob away joyously above the heads of the crowd. The crowd may be reliving their favourite songs of their youth, but they are singing along and playing with those balloons like they have regressed to the age of ten years old, a sight that hopefully we’ll see again for The Dandy Warhols 50th anniversary shows.

You can find out more about the Dandy Warhols at their Official Website.

Words by Christopher Lloyd, Photographs © by Naomi Dryden-Smith. You can read more of Christopher’s writing at his authors archive.