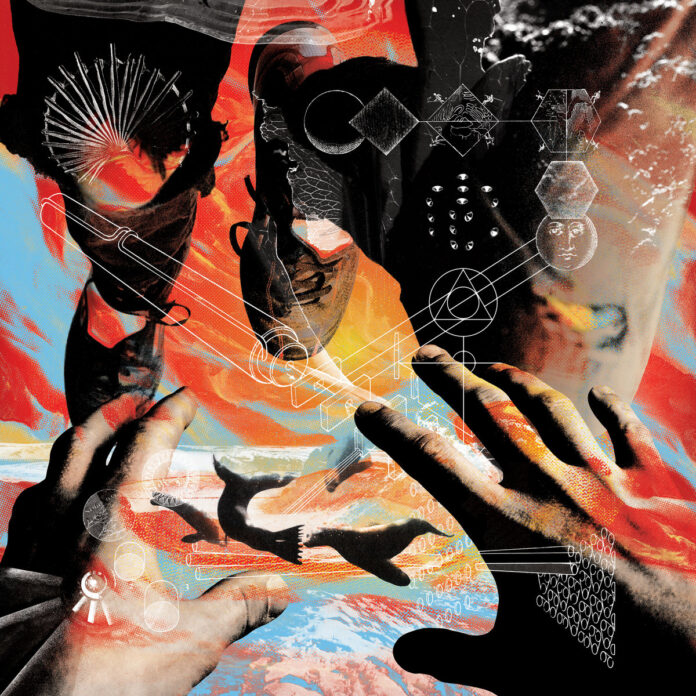 “Dark can’t be washed off, dark’s all I ever was” exclaims British-Nigerian poet Joshua Idehen over brash synths and rough drums, his voice building to breaking point as he reaches full “Thames River flow”. He’s technically a guest on this track – the latest single from Danalogue x Alabaster dePlume – yet it’s hard to know how they will fare without him, such is his presence. Covering topics from highrise flats to high crime rates, this is ‘Broken Tooth Skyline’, an ode to present-day London from the forthcoming album I Was Not Sleeping (out November 20th).

Mercury Prize-nominated producer Danalogue first met Alabaster dePlume, a spoken word artist/saxophonist, in a London rehearsal studio, and after bonding over a mutual love of Miyazaki films, they wound up pooling their respective talents. Their latest joint effort aims to capture the city in which they met, operating as a time capsule for the future. Featuring a web of combative rhythms from start to finish, dark synth layers and a terse vocal delivery, ‘Broken Tooth Skyline’ grabs the listener by the throat, indulging in its own abrasiveness. There is a freedom about it, indicative of the artist’s jazz backgrounds – Danalogue in The Comet Is Coming, and dePlume in his solo work. Idehen’s raw, untreated voice is the perfect accompaniment; his lyrics lending authenticity and power to the piece. Ending with an intense explosion of Casio keyboards, conga drums and lasers, the song is irreverent to the last.

Danalogue and dePlume claim Broken Tooth Skyline is “a far cry from the rest of I Was Not
Sleeping,” backed up by the wholly instrumental lead single Gull Communication (released
earlier this year). Indeed there are no other features on the album, but to write it off this early would be extremely unfair. With the help of Idehen’s poetry Danalogue x Alabaster dePlume have set themselves high standards. Can maintain them? Let’s hope so.

You can listen to ‘Broken Tooth Skyline’ now.