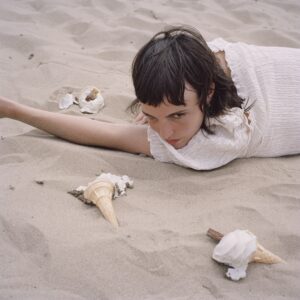 The second album by Canadian singer-songwriter Dana Gavanski will be released in April on Full Time Hobby.

Inspired by mythology, Dana Gavanski is an artist whose background sounds as if it was fictitious (it’s not). A Canadian artist of Serbian descent, Gavanski is based in London. The diversity of the UK capital might have fed into the eclecticism of sound on her latest compositions. Indigo Highway brings up impeccably ethereal tunes by Cate Le Bon and the hypnotic indie-pop of The Luyas.

Gavanski’s second album When It Comes will be released via Full Time Hobby on 29th April 2022.