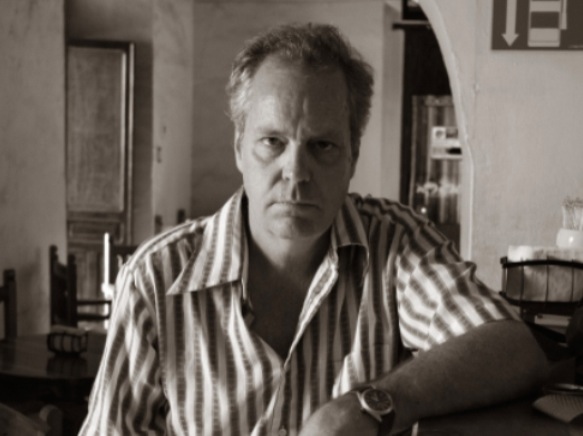 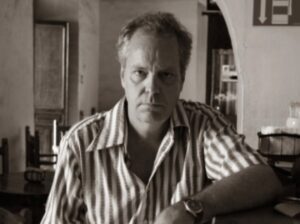 He’s looking in rude health, that’s for sure. Dan Stuart, main geezer of Green On Red, those hell-raising honchos who were a class apart in their late 80’s heyday is in town. Green On Red were a band out of time. A band who played punk via Crazy Horse, country by way of Black Flag and garage rock like its mouth was attached to the exhaust pipe of a rusting Chevy. They were much lauded and much missed but they were so self-destructive that it was never meant to last.

Last time out in Glasgow he played to about 30 folks (Patti Smith was on 100 yards away as well as several other high profile shows that night) and prior to that, touring with his friend Steve Wynn (Dream Syndicate) in their Danny And Dusty alter ego, sometime around 2007, Dan looked like a puffy, shuffling shadow of his normal ebullient self.

Last offering, The Deliverance of Marlowe Billings (reviewed in Louder Than War here) was a masterwork; a man laid bare following his absconding from hospital and contemplating suicide down Mexico way. Thankfully, Stuart has regained his playfully dark joie de vivre and is touring Europe with Antonio Gramentieri, guitarist (and raconteur in his own right) with Italian group Sacri Couri.

Ambling onstage, Stuart is a trimmed down, confident figure. He has an easy rapport with the audience and banters gently with those stage front. The Glad cafe is a small South Side venue, maybe a capacity of 100 if you’re lucky, but the sound is excellent throughout and just right for the intimate setting. There’s clearly a lot of love for Stuart, everyone seems to know the songs word for word and a wag at the front points out an arrangement mistake, much to the hilarity of the two performers. Gramentieri is an accomplished and confident guitarist and a great foil for the black humour of Stuart. The set is mostly made up of Green On Red songs, which originally featured Chuck Prophet, a guy who could make a Telecaster sound like an orchestra and a country hoe down, sometimes in the same phrase. Gramantieri is up to the job; whilst not in any way copying note for note, his interpretations of the GOR songs is breathtaking at times, all swooping tremelo and chunky fills that sit perfectly.

Dwarfing his acoustic guitar, Stuart’s songs of love, life, death and redemption are anything but complex. However, the sheer visceral power of Gringo Go Home takes on untold depth despite the sparse instrumentation. Stuart chops at the open tuned chords whilst Gramentieri fills the gaps with ghostly, effervescent dust.

Stuart’s stories are laugh out loud at times. He mentions not wanting to go near Edinburgh as “Bad things happen to me there. Usually of my own doing….”,  before going into a tale of a hotel room, the UK Subs roadie and spear guns in the same city. His book (based on his Marlowe Billings alter ego) is out in June, and if his accounts are anything like as jaw droppingly funny as I expect, it’ll be a cracker. Whilst tuning his guitar, he talks about (Green On Red producer and Southern rock legend) Jim Dickinson. Apparently, Dickinson was of the opinion that tuning instruments was the work of “decadent, homosexual Europeans” and therefore Stuart took a less than particular approach to it himself for years.

Time Ain’t Nothing, which Stuart describes as a “silly little song” is a life affirming journey to the heart of why we love this stuff; soaring chords and a melody to die for frame lyrics about addiction, car wrecks and the joy of living, all in about three minutes. A perfect encapsulation of what Stuart is, and always has, been about.

Jimmy Boy starts as an aching murder ballad and ends as a singalong chorus.  Hair Of The Dog is sheer rock and roll power, delivered by two guys, a battered acoustic guitar and Gramantieri’s sizzling lead grenades.

Sixteen Ways rolls back the years as the two trade guitar lines and shape-throwing. Stuarts voice is at times a grizzled, dusty bark, at others a gentle, broken croon. He’s lived these songs, that’s for sure and that experience of dark times and darker roads bleeds through his performance. As it ends, Stuart stands blinking self-consciously in the stage lights, seemingly unsure what to do. There’s a surge of well wishers and fans who want to press the flesh and he’s a gentleman throughout.  One of the good guys, that’s for sure.