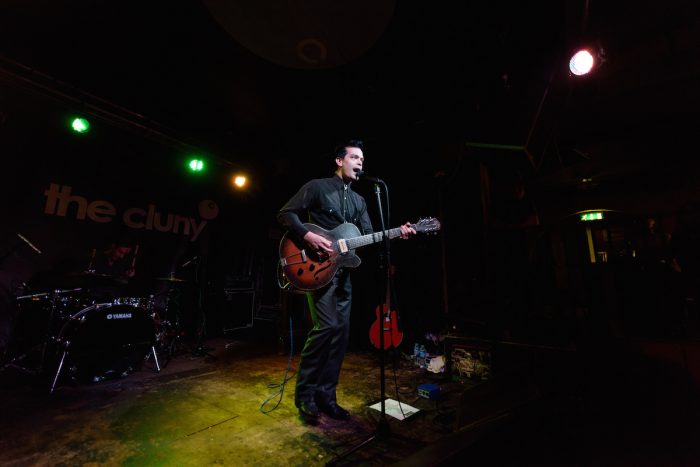 In the wake of this weekends ATP cancellation it left a lot of people with a sour taste, ourselves included. However, when it transpired that tours by artists who were to perform at said ATP were also being cancelled we feared the worst, with Swami John Reis forced to cancel his upcoming dates with The Blind Shake. One tour which was still to go ahead fortunately was Dan Sartain’s, but that was not without its controversy as Mrs Magician were supposed to support Sartain in Newcastle.

A subsequent and ample replacement in the form of local lad Sam Gibson was sought, and Sam took to the stage armed with a slew of blues infused acoustic ballads. His warm tone cutting through his swaggering guitar, these heartfelt and passionate songs serving as the perfect precursor to Dan Sartain. His endearing stage presence drawing you in, and its not dissimilar to Sartain’s. 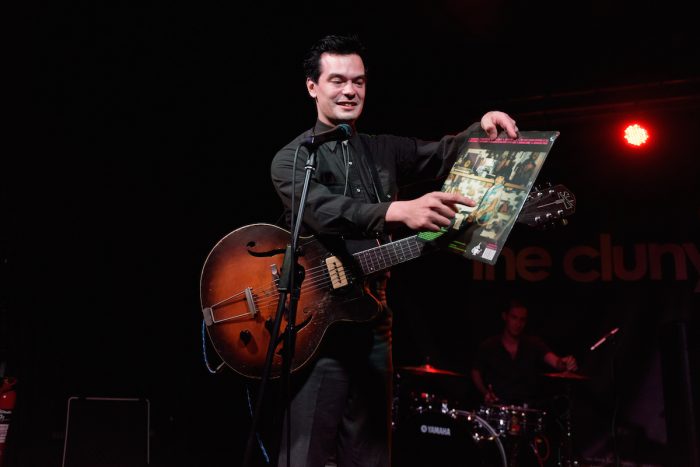 As Sartain takes the stage with his drummer, tearing straight into a rousing rendition of Totem Pole as he draws the crowd in and subsequently under his spell. After that he acknowledges the passing of another musical icon as he holds aloft a copy of Dudesblood, on which he points out Prince’s Purple Rain in his childhood home. Yet he remarks he’s not willing to cover Prince for fear he’ll be reincarnated and cover one of his songs ten times better than he ever could.

Sartain ploughs through a set of some of his best tracks tonight from the toe tapping, hip shaking Atheist Funeral. With its swaggering beats and snarled lyrics, as he bounces around the stage in excitement. However, his sound is quick to turn with the likes of Flight of the Finch which see him crooning through this passionate track, perhaps the sultriest number of the evening with a rock n’ roll edge. 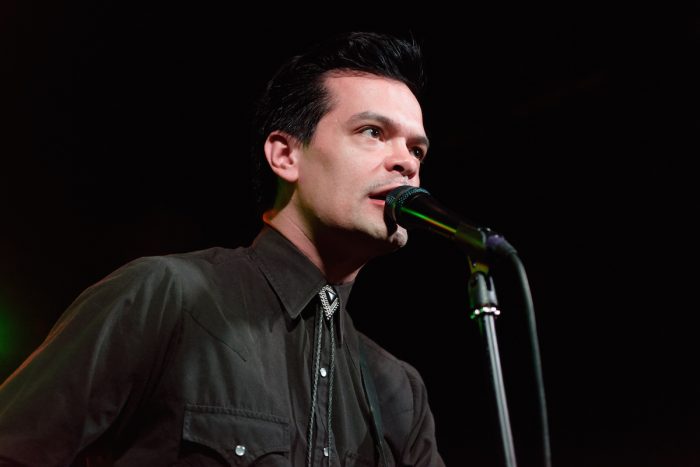 He does confess tonight that this set will not contain any tracks from his new album, instead it is something of a personal best set. It’s a set packed with heartfelt jams and dance floor bangers, it has it all as the opening drum beat of Gun Vs Knife hurtles in. One of the more upbeat tracks of the evening, once again sees Sartain bounding round the stage with excitement.

As he closes out on a singalong to Fuck Friday followed by crowd suggestion Pass It On, we’re left glad this tour wasn’t too badly affected but wondering how good ATP could have been. Still Dan Sartain puts on one hell of a show tonight and leaves this crowd thoroughly worn out by his boundless energy.

~
Dan Sartain can be found online here dansartain.com. He is also on Facebook and tweet as @DanSartain.