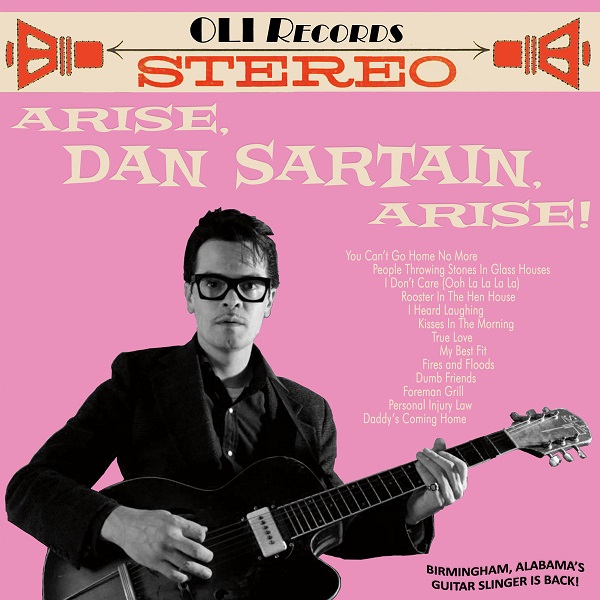 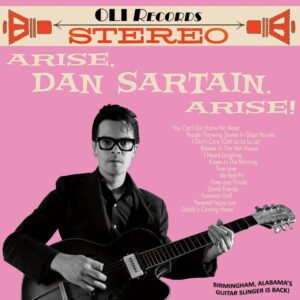 The posthumous release of Arise, Dan Sartain, Arise! sees the album the singer was working on at the time of his death released on One Little Independent.

When the news reached us back in March that Dan Sartain had died it was a real shock. Throughout his career, he had crafted his own blend of gothic-noir Western garage, an idiosyncratic artist who carved his own path. At the time of his death he had been readying the release of his next album, Arise, Dan Sartain, Arise!, and now we have it, in all its glory, and it is a wonderful record that stands up amongst the best work he created. But it also reveals an artist at times grappling with pain.

It’s hard not to listen to the opening song You Can’t Go Home No More without reflecting on the loss of such a great musician. The song sings of situations beyond our control changing, the characters resigned to their helplessness. “You can’t go home no more. What in the hell am I trying for.” It’s set to a cantering rhythm, always moving forward albeit without a destination. It’s almost a purgatory song. But the album doesn’t stay there as it shifts and slides through various takes on his fuzzy stripped-down groove.

Just a quick listen through the first half of the album shows us that he was really firing on all cylinders and drawing the best out of everything he had in his arsenal. People Throwing Stones In Glass Houses rides a Cramps meets The Kills dark rockabilly, complete with a haunting organ solo that sends shivers down your spine. From that he’s into a poppier vibe on I Don’t Care (Ooh La La), a message of defiance spilling from the speakers, rallying against personal troubles. He still maintains his identity through it before the fantastic Rooster In The Henhouse brings us back to his rocking best. The middle of the album finds him yearning with Kisses In The Morning, a wonderful ballad that reveals the double-edged sword of a posthumous album, the mind wondering what he was going through at the time of his death as he sings of loneliness. The line “If I can’t be with you girl I guess I’m gonna die” really hits hard. This is the sound of a man laying his heart and pain on the line for all to hear.

The rest of the album flits between some great do-wop garage with songs like True Love and My Best Fit. The country hoe-down of Foreman Grill reveals that, despite the scars on show at some points of the album, he was still able to whip out some tongue-in-cheek throwaway humour. The same can be said for the Tom Waits-like Personal Injury Law. These moments add more light to what is a great album. The album signs off with a real final ray of hope on Daddy’s Coming Home.

At the request of Dan’s family, wife and daughter, we are releasing this album which Dan finished a few months before his death on 20th March 2021.

100% of all the profits from this release, both the artists share and the record company share, are being paid into a trust fund for Dan’s young daughter.

It has been released as Dan intended – nothing has been changed.

Dan Sartain gave us some wonderful albums throughout his career and this final record hits home that he will truly be missed. Arise, Dan Sartain, Arise!

The album is available here from Sister Ray.