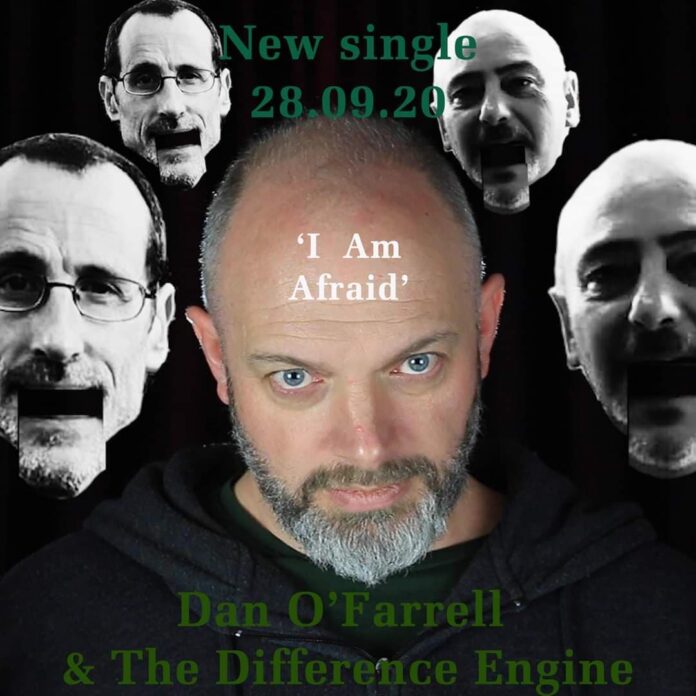 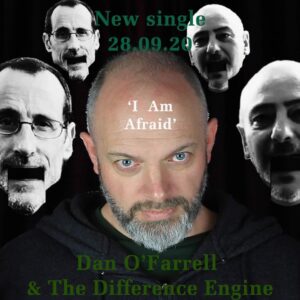 Dan O’Farrell & the Difference Engine: I Am Afraid

I Am Afraid is the chirpiest song about existential dread you’ll hear all year.

When I reviewed their first album I said… Former C86 contender makes album which fans of Gedge, Stipe and Bragg would adore, if only they got the chance to hear it.

Of the second album I said… Still ‘playing the long game’ former Accrington Stanley singer and his new band release second album.  One of the best songwriters in the UK but still overlooked by the BBC and the Biz.

And the third album is on its way, scheduled for 4th December 2020…. and I know bands and critics always say it, but it really is their best yet.  Still political, still morose but with an upbeat sparkle… which I know seems contradictory but have a listen!

So, as a taster and incentive-to buy, here is the fabulous video for the flagship single… and yes, it was possibly inspired by Peter Gabriel’s Sledgehammer, but is a far better song.  Dan is superb in the video, unconsciously channelling his inner David Byrne and Michael Stipe and proving being grey and bald is no hinderance to having gap-toothed, blue-eyed sex appeal.

The scary monochrome ventriloquist dummies that appear two minutes in by the way are not the worst representations of Rees-Mogg and Duncan Smith you’ve ever seen but the Difference Engine double-bassist and drummer Rick Foot and Chris Walsh.

Of the song Dan says: “We are supposed to be brave – aren’t we? – in these trying times. But sometimes it feels good to explain that actually, no, we’re absolutely bricking it. Here’s a list of things that scare me…”

The video was  ‘made by the talented Alex Dunlop’, The song ‘produced by the incredible Andy Lewis’.

The Single (digital only) is out today (I Am Afraid plus Resignation Song and -non-album tracks- Summer’s Almost Gone and Borrowed Time). Then the album on December 4th 2020 entitled- ‘Richard Scarry Lied To Me” (Google him if his books aren’t lodged in the dusty corners of your childhood memories).