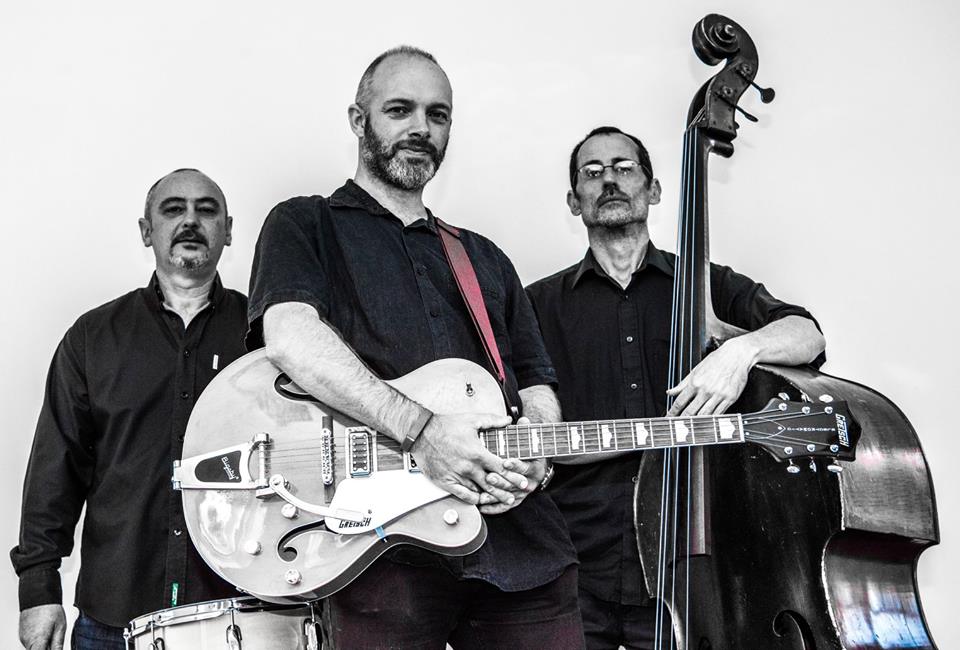 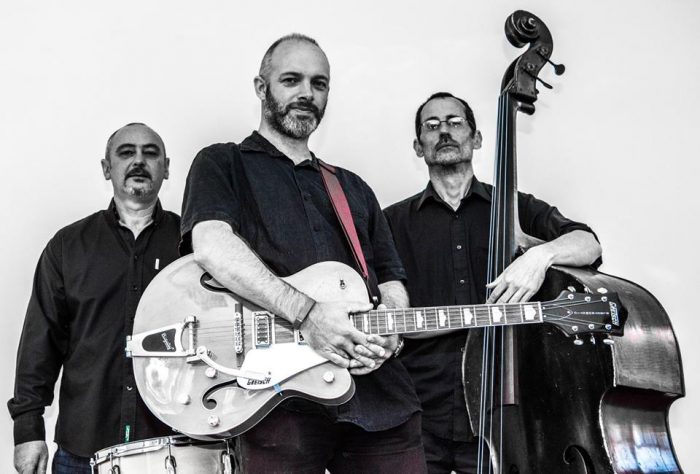 One of England’s best ‘undiscovered’ songwriters. Former C86 contender makes album which fans of Gedge, Stipe and Bragg would adore, if only they got the chance to hear it.  Says Ged Babey.

I do love BBC Radio 6-Music, generally-speaking. They have some really great shows and passionate presenters but …. still, despite a team of  people on the job, they still can’t replace John Peel (and Walters) as far as consistently discovering real, genuine, maverick new talent is concerned.

Also they ‘play safe’ and never touch  anything  ‘political’ or the hardcore, the strange (except when compartmentalized in the ‘Freak Zone’) or anything deemed unfashionable or noncommercial.  They miss out on a helluva lot of great music as a result. (Hands Off Gretel, Cobby & Litten, Bullybones spring to my mind, but every LTW writer could probably give you their own list…)  The 6-Music feeder-school ‘BBC Introducing’ seems to ignore a whole plethora of brilliant new bands …whereas Peel only missed a tiny fraction; like U2 famously.

Or maybe there are just more bands and artists vying for attention than ever before…?

Dan O’ Farrell, for example, has had one play of a track on a Tom Robinson Mixtape at one in the morning. (I say all this because my original introduction reads…)

Come on 6-Music, where the fuck are you? Why haven’t you picked up on Dan O’Farrell yet? He is one of the most astute, original and compassionate songwriters in the UK.  Part Michael Stipe, part Billy Bragg, but mostly 100% Dan (the Man). A mild-mannered, left-wing songsmith who can articulate how a lot of people feel; about the media, about ‘politics’ and also write wonderful literate pop-songs from a mature perspective about romantic myths, getting old(er), self-doubt….

He has been around since Circa-1986. John Peel loved his band Accrington Stanley…. and just because he doesn’t take part in ‘BBC Introducing.’ entryism or have a London-based PR company pushing his wares under your noses…. he just doesn’t exist as far as you are concerned…

(Sorry, I’m going off on one, when I should be reviewing… but it pisses me off, when real talent get ignored and flavours-of-the-month get lapped-up…)

Despite living in the same city for many of the past 33 years, the first time I met Dan was in 2013 when I interviewed him for the Quietus, following the online publication of John Peel’s Record Collection Archive …starting with A, wherein Accrington Stanley were featured.  I only happened to get the gig because I was a Southampton journalist who it was presumed, liked the band. In truth I had always thought they were a bit of a ‘stuck-up student band’ and ‘posh’ due to the local divide between  the Uni-crowd and the left-school-at-16ers and my own punk-rock chip-on-shoulder.  The Stanleys and Dan are lovely blokes though. He was always a really good songwriter, but in recent years as a solo performer he has excelled himself once given the freedom from the band line up.

For the past 18 months or more Dan has unleashed a string of solo material in video and soundcloud postings, each one different from the last, some ‘topical’ protest/observation-wrapped in sweet tunes. Others romantic, some pessimistic yet dark-humoured and self-deprecating. ‘Snarky’ he called them.  I have said before that they are up there with the best work by Morrissey or Michael Stipe or Jeffrey Lewis which is a dangerous thing to say perhaps because people would think I was exaggerating. But I’m not. Others think the same but the cynical would say ‘well why isn’t he as successful as…’  Bad luck, timing, a lack of ruthless pursuit of success and business acumen?  Or the fact he married, had kids, became a teacher and didn’t sell his soul to the Biz.  The fact that he’s better than that.

A CD-r round-up of his solo material was released locally last year and included the bulk of the material on this new album.  Some quite brilliant songs; Manifesto, Keepsakes and Couples didn’t make the transition. It was a great collection of songs by somehow not ‘an album’ whereas this is.

Dan decided the songs needed a fuller backing so asked “local legend” Rick Foot to play double-bass, drummer Chris Walsh and pedal-steel player Mike Davies to become the Difference Engine. Add to that the flute and strings on one song and the ‘solo album’ becomes a glorious joint effort.

There is so much great content on this album it would take a lengthy essay to cover all of it (and self-editing is not my strength).  Here is the background (taken from the Press Release) to set the scene. (Worryingly, if Dan wrote this he has started referring to himself in the third-person…)

The Difference Engine…  rehearsed twice and recorded this album on 28th October at Rob Sansome’s Factory Road studios in Eastleigh. They played live: one Gretsch guitar, one double-bass and one drum-kit. Dan sang every vocal but one live as well . They wanted to capture the feeling they got from that first rehearsal, when Dan’s songs were suddenly given the dynamic and playful ‘oomph’ that he’d been hearing in his head all along. On the same day, lassooed friends and friends-of-friends came and added flute and string parts to ‘Rosaline Wins’ and two other songs.

Backing vocals, percussion and (sparse) guitar overdubs were added in Dan’s shed to save money (listen carefully and you can hear that the glockenspiel on ‘Broken By Love’ was recorded on firework night, and that the acoustic lead guitar on ‘Light In Your Darkness’ was recorded in a rain-storm).

Everything you hear is organic. First or second take. Nothing is wasted. Everything is there because it has to be. All 12 songs were mixed on 20th and 21st December. There were no arguments. Everything felt good.

Rosaline Wins is a good place to start perhaps because it is a total classic. But you do need to know your Shakespeare. It is an alternative view of the Romeo And Juliet story, where, Romeo’s original squeeze comes out best -if you think about it – she’s still breathing at the end. It’s a rejection of the myth of tragedy & romance, where common-sense and wariness replaces reckless abandon. Dan finds he’s “queueing for the tea-cups” instead of the rollercoaster. (the irony being that one of Accrington Stanley finest songs in my opinion says the opposite and compares love to ‘Dangerous Sports’).

England’s So Ugly – about the Daily Mail’s treatment of refugees -(video above) is another of several stand-out tracks.  Starting with a brooding double-bass drone, ‘Punches aren’t pulled. The shame is shared.’  ‘I hate being ashamed of my nationality, but lets put some compassion back where it’s supposed to be’ is how many feel in 2017.  Dan’s voice has a gentle authority about it rather than being a raging bellow.

Your Facebook Feed is not the World which I featured on LTW some time back in fledgling form, is a work of genteel genius.  The title is self explanatory, it’s a trifle twee, but a great song which few people* could get away with, in that the narrator addresses the listeners as “all you loving girls and boys”. *Only Jonathan Richman, Jeffrey Lewis and Dan!

‘So you want to smash the system, want to subvert it from within…
But you need more lives in Candy Crush if you’re ever gonna win…
& somehow that distracts you, like the peoples’ heroin
But it’s the methadone of the masses, not even opium…’
(‘Your Facebook Feed Is Not The World’)

‘Haunted Houses of the Hollywood Hills’, part rockabilly rumble, part male-voice choir, part rumination on the vintage glamour that we’re not allowed to feel anymore in our ‘KFC towns’, has some exquisite guitar but an ill-judged and barely-reached falsetto in the vocal which makes me wince a bit.

‘Problems Inherent Within Global Capitalism’ is a ‘lament for the bald-faced lie of ‘trickle-down’ economics featuring a quiet plea for revolution via stirring timpani and two violins fed through an octaver’.  It is probably because he uses the phrase ‘the System’ which always makes me think of Jeffrey Lewis  12 Crass Songs when I hear this…

‘Anhedonia’ deals with middle-age and alcohol, a note to self in song form for all us 50-something drinkers to sing along to and take heed.

‘Broken By Love’ explores relationship stresses through the medium of (Roman-candled) glockenspiel, bongos and melodica.

‘Light In Your Darkness’ sees Dan undercut the incessant word-smithery with something simpler, letting the strings and soaring pedal-steel take centre-stage.

‘The Nazarene Rifle Association’ takes on the Christian right through the eyes of a confused bible-belt boy – ‘what kind of gun did Jesus use?’ –

and live favourite ‘Why I Don’t Do Covers’ turns its satirical gaze on the sad music-biz truth for most acts: if you ain’t singing Ed Sheeran, you probably ain’t getting paid.

The album finishes on a deliberate double-downer. ‘Death Rattles’ muses on the end awaiting us all and stares unflinchingly at it; ‘

‘Easterly’ embraces the ache of modern life: atrocities on the news and screens glued to our faces – ‘like zombies from the ground – but the chorus leaves hope and the song disappears into a storm of chaotic noise.

I find it hard to be objective about this album as I’ve heard the bulk of the songs develop over the past couple of years at gigs.  I can’t listen with fresh ears, as if I’ve never heard them before because they have become part of my personal canon of ‘great English indie’ which ‘say something to me about my life’.

Dan O’Farrell the artist as well as the man comes across as the perennial nice bloke, the voice of reason, rather than the radical rabble-rouser.  Articulate and persuasive, but with a streak of black, mischievous humour  and a core belief in romance, the Just prevailing and the Meek doing good things with their inheritance. .

Even if he remains the South’s best-kept-secret and our very own Stipe-Morrissey-Richman-type figurehead, he has succeeded in making a great album here, with his compadres, which will inspire and soothe, make us laugh, think and cry, for many years to come. To paraphrase a famous Lou Reed quote about songwriting, ‘to make us feel a little less alone’.

Dan O’Farrell And The Difference Engine will be gigging throughout 2017 but the album Launch is at the Art House, 178 Above Bar, Southampton on 22nd February, details here.

The Difference Engine  Facebook    and Soundcloud.   The album will be on I-Tunes and Spotify etc from 22nd Feb, if not before.

*** Opinions expressed about BBC Radio 6-Music are those of the author and not necessarily shared by the Editors or others at Louder Than War. Feel free to comment (without being too abusive, unless you really think he deserves it).