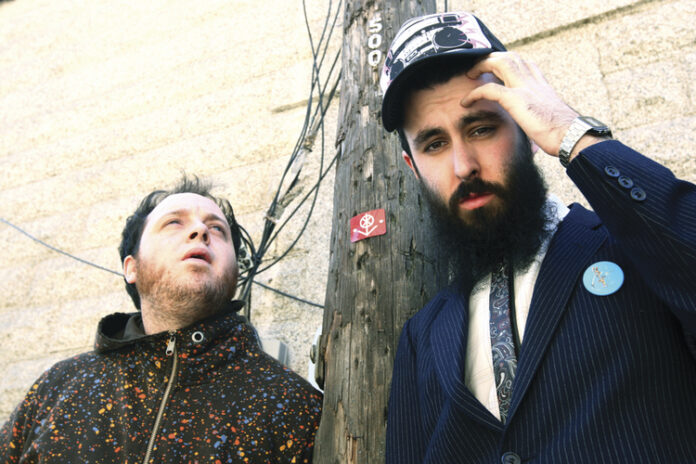 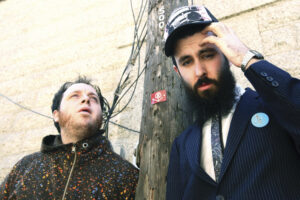 Scroobius Pip has always championed underground artists. Previously, he’s invited B Dolan, Kate Tempest and Misty’s Big Adventure on tour with him, introducing their music to a wider audience in the process. Such autonomy in the music business can be difficult when faced with promoters who are more concerned with ticket sales than they are with a cohesive line up. Fortunately, Mr. Pip and his producer and sparring partner dan le sac, have sold out every venue at the start of this extensive British tour which may have appeased the pen pushers once more into submission.

Either side of the support acts, Scroobius Pip can be found at the merch stand signing autographs and posing for photos. To my knowledge, he does this at every gig so that there is some semblance of an audience to watch the first performers (and maybe sell a few T-shirts) which is refreshing to see.

The first act on the undercard tonight was Sarah Williams White, a producer of rare groove inspired tracks with a melodic delivery steeped in R ‘n’ B influences.  Not the autotuned type that cause brain haemorrhages and not the early rhythm and blues kind either. She conjures up songs of hope and lust reminiscent of D’Angelo and Lauryn Hill just before the genre’s unseemly fall from grace making it her own with a more subdued and anglicised approach.

Next up was Itch, previously the lead singer of squat punk band the King Blues. Whilst I wasn’t greatly enamoured with his previous incarnation I respected them for having something political to say in an otherwise Brit school dominated world of guitar music. Itch’s reincarnation as a rapper continues in this vein over more commercially accessible tracks spun by his baby faced DJ. His formative years have paid off and the crowd lapped up his energetic performance, warmed up and ready for the main event.

Dan le sac casually strolled on stage kicking straight into Stunner from the latest album ‘Repent, Replenish, Repeat’. The album is the first collaboration since the duo took time off to finish solo projects and the time apart has done them good. A lot of the new tracks sound a lot more influenced by their US labelmates on the excellent Strange Famous, which boasts a rosta which can’t be recommended enough.

Gold teeth boils with contempt for materialist culture endorsed by the corporate music that passes for Hip Hop ‘getting dressed and flexing in its recession best’.

Time and again the doomsday press declare that ‘music is dead’ despite the proof that Hip Hop is seemingly going through a second golden age, albeit underground and boasting worldwide protagonists as opposed to just those who are only based Stateside.

The mainstream agenda of purporting misogynistic and wealth obsessed rap as the artform known as Hip Hop instead of the articulate, angry and unapologetic music of people like Lowkey, Immortal Technique, Sage Francis and Scroobius et al needs to be rectified. If you’re one of the naysayers, stop bemoaning the state of apolitical music in popular culture and immerse yourself with something other than X Factor bashing.

Stiff upper lip takes the boldly unfashionable view that ‘constantly politicking, chicken shit liberalists’ are nothing more than keyboard warriors (ahem) who need to show their anger through direct action, fuck the stiff upper lip’ and ‘pick up a brick’. Dan le sac’s track is fitting as ever and rouses the crowd into a frenzy helped by the addition of Itch who makes a welcome reappearance on stage for this track.

After the rioting of 2011, you may remember the heinous government campaign imploring certain communities to evoke the spirit of wartime and get their brushes out to sweep up and reclaim the streets. Here, Scroobius says it more succinctly than the Daily Mail ever could:

Man – that was some good marketing

Remove the spark from him”

The new songs were sandwiched between older material which eased the crowd into the set and sent them home happy at the end. The beat that my heart skipped and Look for the woman both enraptured the room in an echo of choruses which dan le sac skilfully delivered despite seeming off his head for most of the set. That is by no means a criticism. His onstage jesting with his cohort only made the duo more endearing and approachable.

They ended the set with Letter from God to man followed by some drum and bass infused Prodigy sampling which had the communal effect of an aggressive love in. Before the music had ended, Scroobius Pip joined the support acts at the back of the room helping to sell their music like a bearded Del Boy. The houselights went up and the crowd and musicians mingled with a minimum amount of fuss and fanfare. Just the way it should be.

After all – they’re just a band.

The tour continues till May with tickets selling out fast. All remaining dates are on the photo below (nicked from @danlesac’s Instagram) … 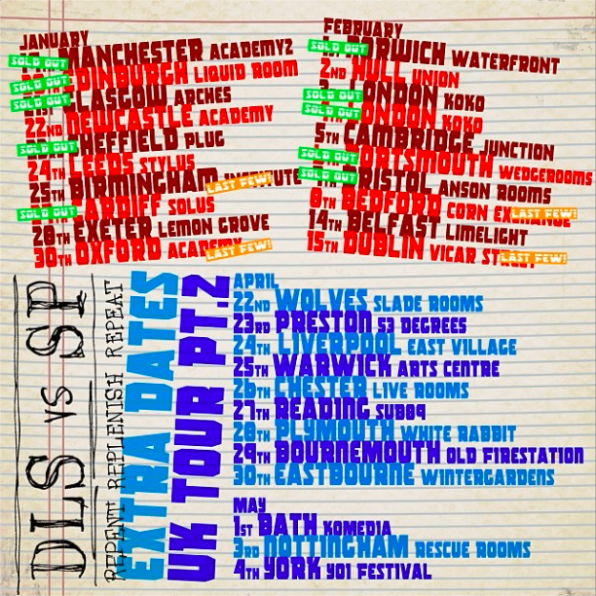