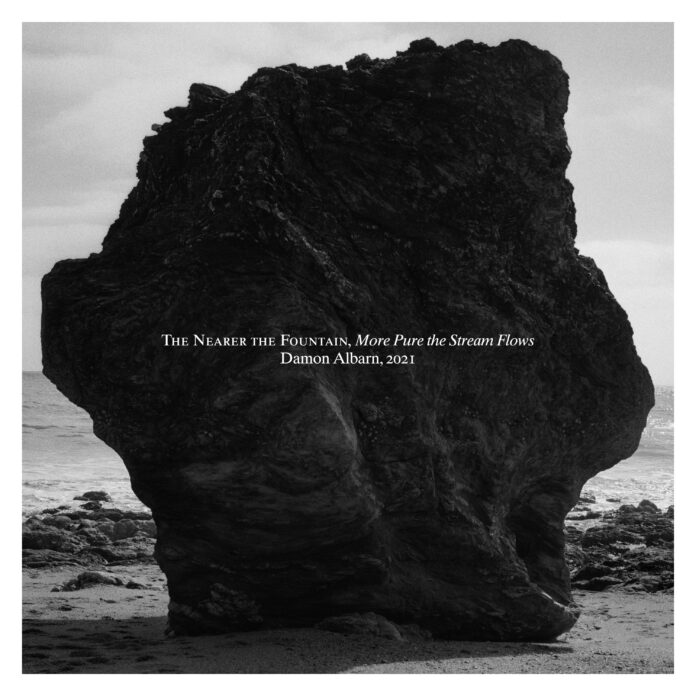 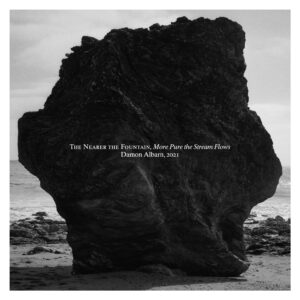 Partly inspired by his new homeland, Iceland, and the poetry of John Clare, Damon Albarn’s latest album is ethereal, wistful and remote. It’s an incredibly moving body of work from a master songwriter. Gordon Rutherford reviews for Louder Than War.

It was Summer ’99 and Blur, at the apogee of their powers, were headlining T in the Park. Bored with the faux, overblown drama of Britpop, they were transforming and, despite the conventions of festival headlining, they decided to eschew the hits. Instead, they swaggered through a setlist that was predominantly lifted from their least accessible album to date, the dazzlingly lo-fi 13. Somewhat irked by this perceived breach of contract, about half of the audience headed for the Slam Tent to seek a more rewarding experience. Come the encore, the first bubbling bars of Girls and Boys brought them marauding back down the Balado hillside, like an army of ants tumbling chaotically out of their nest. Blur, and Damon Albarn, knew precisely what they were doing.

Albarn has never been one to follow the rules. Nor has he the tendency to glance over his shoulder at the past, but I open with that snippet of history to highlight the broad point in time where the cheeky chappie who was thrust into the public consciousness bellowing Parklife! transitioned. Blur may have had no distance left to run, but a musical polymath, overflowing with ideas, was emerging from his cocoon; set on a course that would be dictated by his creative instincts rather than fame, fortune or what the brothers Gallagher were up to. For the next twenty-odd years, in a career of Bowie-like continuous evolution, Albarn would surprise and delight some of his audience, whilst inevitably alienating others. From the pop/hip-hop of Gorillaz to The Good, The Bad and The Queen’s pithy anthems of despair; and don’t forget the Chinese opera or the African projects. A great chameleon for our generation.

Now he returns, once again donning a cloak of a different hue, with an album that is as distant from his last project, 2020’s Gorillaz album, Song Machine, as Los Angeles is to Reykjavik. We have become accustomed to thinking of Albarn as something of an arch voyeur, the observer who documents and publishes all he sees. However, this nonpareil of musical storytelling, mini kitchen sink dramas that find inspiration from real life, has taken a different course this time around. The Nearer The Fountain, More Pure The Stream Flows finds a different muse. Or muses. Instead of leaning on real life, Albarn has found lyrical inspiration from a book of John Clare poetry that was gifted to him by his mother.

Clare, described by William Howard as the quintessential romantic poet, authored the most magnificent prose; tragic lines of love and loss, of mourning and the assumed immortality of youth. He wrote of the natural world and the wonder of rural landscapes that were as visually striking as the glaciers that Albarn looks out onto from the windows of his Icelandic home. That leads us to the other muse in the creation of this album. The Nearer The Fountain, More Pure The Stream Flows was originally conceived as an orchestral homage to Iceland. You can tell. These things all meld together to form this collection of beautifully atmospheric, wistful, melancholic songs which have an ethereal dream-like quality. They wrap the listener in a silken cloak and carry them to the volcanic landscapes of Iceland, leaving them with the Clare-inspired words for comfort. 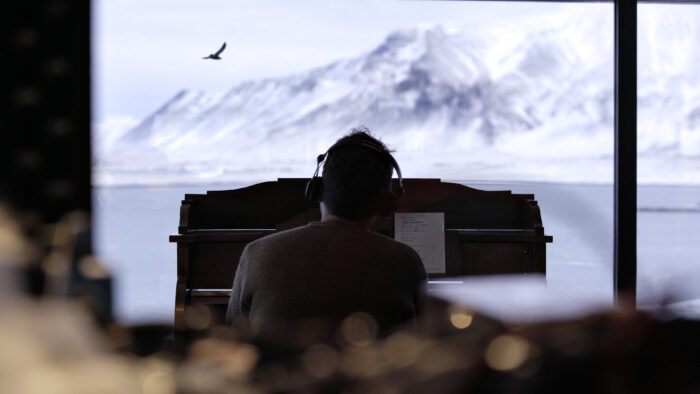 Of course, the risk of describing anything as Scandi is that you conjure up images of chilly starkness. However, this is not a cold album. Rather, it has a rich, warm heart that stems primarily from the instruments deployed. Gone are the samples and glitchy drum machines that Richard Russell brought to Albarn’s previous solo album, 2014’s Everyday Robots. In their place, we have a more organic, more analogue range of instruments. There is welcoming brass, verdant strings and the rich timbres of a plethora of organs, including an Elka Space Organ. This extraordinary keyboard brings an eerie, otherworldly feel to much of this album, particularly on the title track and the sumptuous ballad, Daft Wader. Albarn hinted at his apathy towards modern technology on Everyday Robots. Now he goes further and performs his songs on keyboards from a bygone age, consequently bringing a sense of nostalgia to much of this album. Nowhere is this more marked than on those tracks that feature the iconic Wurlitzer. The best example is Polaris, which has an unpretentious shuffling rhythm, the likes of which you might associate with one of those home keyboards every family seemed to own in the nineteen-eighties. Sheer nostalgia also oozes out of every note on the brilliant Darkness To Light, which is reminiscent of a fifties torch song as it slowly meanders round the fringes of the ballroom at the end of the evening. That Wurlitzer, that tragic behemoth of the keyboard world, makes it all feel like the end-of-the-pier at the end-of-days. The end of summer. The end of all summers. So much nostalgia, yet it is testament to Albarn’s genius that he somehow pulls it all off without ever sounding kitsch or cheesy.

I referred earlier to Albarn’s lyrical muse on The Nearer The Fountain, More Pure The Stream Flows. These often inscrutable and opaque Clare-inspired words mark a departure from his archetype. So often hiding behind a cartoon persona, Albarn now chooses to utilise his prose as a veil. The exception is the superb Tower Of Montevideo, which carries his most straightforward lyrics on this collection. That homespun, languid Latin shuffle that we encounter on Polaris makes a welcome appearance on this track. Chiming bells interlace with that aforementioned warm brass, with Mike Smith’s saxophone dazzlingly leading the way.

Earlier, I referred to Albarn’s similarity to Bowie in his ability to transform on a dime. That aside, I have never been struck by any great musical equivalence. Until now. Not only do the lyrics have a certain opacity, but in knitting them together Albarn would appear to have borrowed Bowie’s cut-and-paste technique. The other lyrical commonality is the way in which Albarn bends those indecipherable words and phrases around the irregular structures of the music. This, of course, was a particular trait of Bowie’s.

This is particularly evident on one track in particular, a song that is as close to Station To Station era Bowie as it gets. Brooding and breathy, The Cormorant is the album’s stand-out, summoning the spirit of the Thin White Duke quite spectacularly. It has a vibe akin to Bowie’s distinctive version of Wild Is The Wind. Albarn desolately relinquishes those words that talk about being “imprisoned on this island” watching the “last party on earth” take place on a cruise ship “anchored way off”. Accompanying and augmenting the melancholia is Simon Tong’s Fripp-like guitar, which spears through the sorrow like an arrow. It is a magnificent four minutes. There’s one more moment that brings Bowie to mind. Combustion is the first of three instrumentals on the album and the way in which Mike Smith’s saxophone runs amok, providing the perfect counterpoint with Albarn’s sublime piano, reminded me greatly of Lodger’s Look Back in Anger.

I always find that Damon Albarn’s projects grow on you with time. Rarely do they leap from the speakers and grab you by the lapels and The Nearer The Fountain, More Pure The Stream Flows is no different. That’s unsurprising, given the reflective, wistful nature of this album. But when the impact inevitably comes – and it will – you will feel it. It’s a masterclass in songwriting. It’s contradictory in the sense that it is retro yet futuristic; glacial yet warm; majestic and grandiose yet homespun. Don’t change, Damon. Keep changing.