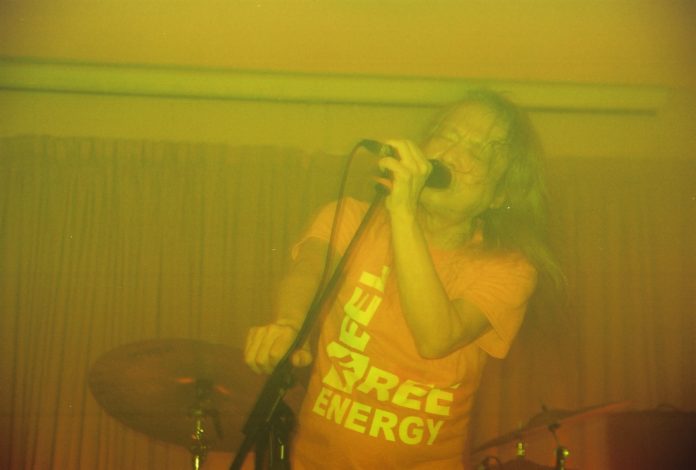 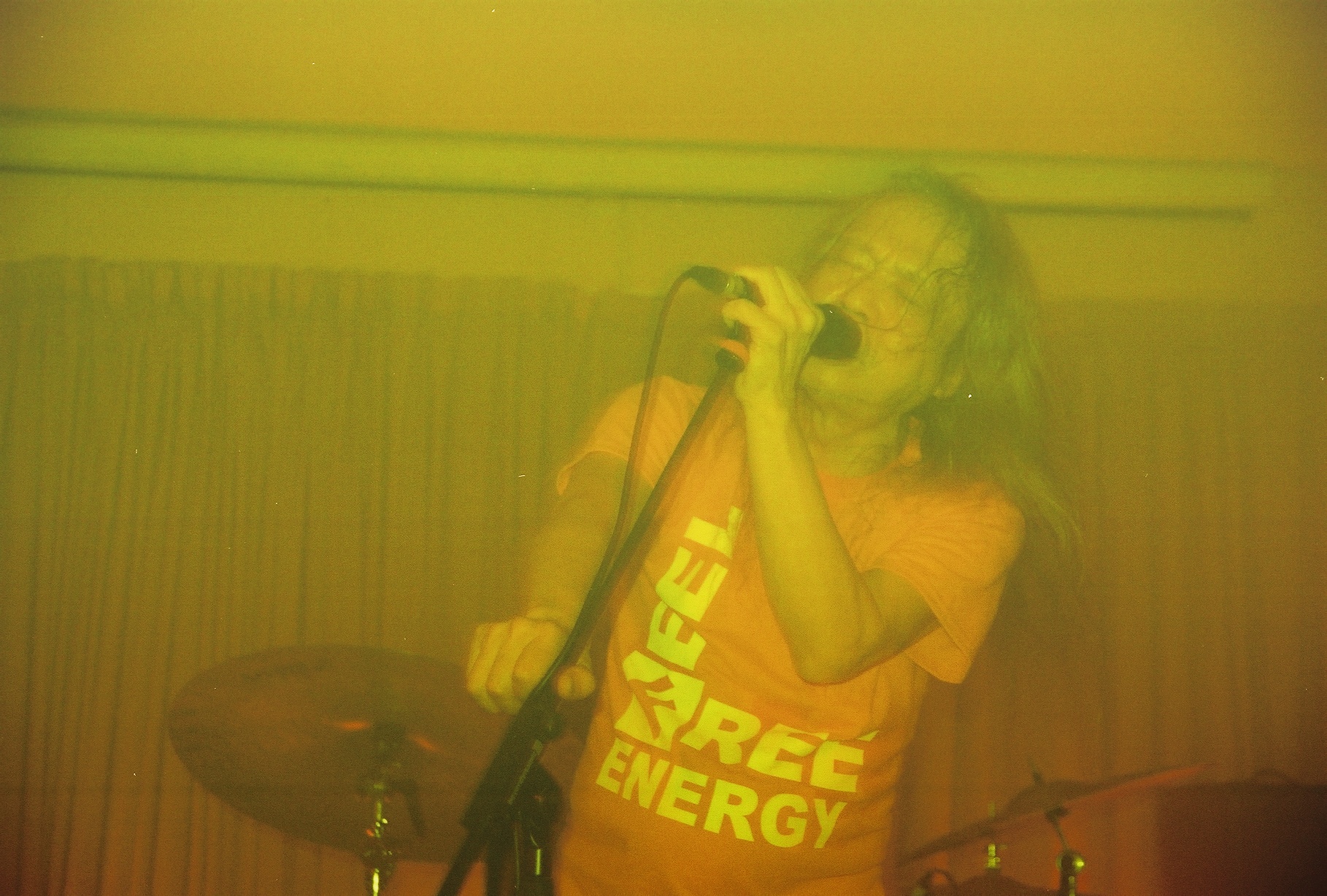 Damo Suzuki, is back in Manchester, bringing together local musicians to create a unique performance based on mutability and instinct. Rhys Delany reviews.

The night is opened up by Basic Switches. Basic Switches is the solo project of Hilary Knott, also apart of the band Cowtown. She emerges onto the stage with a kind of low-key modesty and awkward charm. Knott approaches a desk lousy with electronic equipment. I wasn’t quite sure what to expect from the beads-in-a-can contact mic setup, but when the theremin came out, and later the melodica, I knew I was into it. Knott played distorted self-help tapes, looped primitive rhythms and poked away at an old Casio synth for around half an hour. I can’t say I fully understood the performance, but I definitely enjoyed it, as did most of the audience.

Up next is Threads, a recently formed local group comprised of two guitars, one bass and a highly competent drummer. Vocal duties are split between one of the guitarists and the bass player. I’ve not much to say about Threads, but I imagine in time, I will. The group have recently self-released a cassette single. The A-side, Chlorine and the B-side Sequels were both played tonight with nothing less than visceral power. The band clearly show influences from shoegaze, to garage and the noisier side of no-wave and I’m sure will be floating around the Manchester scene for some time.

Now it’s time for the man himself. Damo Suzuki is perhaps best known as the go-to Krautrock frontman, having fronted the group Can from 1970-1973. However, to only know Damo as purely a Krautrock frontman is a disservice to the work the man continues to create. For nearly 30 years, Damo has been on a never-ending tour of the world. At every venue his visits, he creates a conglomerate of local musicians known as Sound Carriers. Every show is unique. Such is Damo’s ability that not only does he bring together musicians, but audiences too. Tonight in Manchester the demographic is broad. The introverted and the extraverted. Pariahs and socialites. Young people who could be Damo’s grandchildren, and the older generations that can claim to have been at the first Can show, in Cologne.

This is the fourth time I’ve seen the legend perform. His performance is much akin to the famous John Peel description of the Fall’s music, ‘always different, always the same’. A Damo Suzuki gig is almost always psychedelic. Extended jams and trippy light-shows remind you that you are seeing the Damo Suzuki. But it is the creation of a backing group of local musicians assembled on the day for the first time which makes the performance so special. I’ve seen Damo perform with members of Cowtown, Hookworms and XAM Duo in Hebden Bridge. I’ve seen Damo front the final line up of the Fall, now known as Imperial Wax in Salford. And I’ve also seen Damo backed by members of ILL, Blue Orchids and Gold Blade at Aatma in Manchester. Tonight in YES’s Pink Room, the band is made up off Jez Kerr on bass (A Certain Ratio), Kyoko Swan on synth (PINS, Kyogen), Andrew Cheetham on drums (Richard Dawson, Jane Weaver, Lonelady, Irma Vep) and Ed Stephens on guitar (Irma Vep, The Birthmarks). 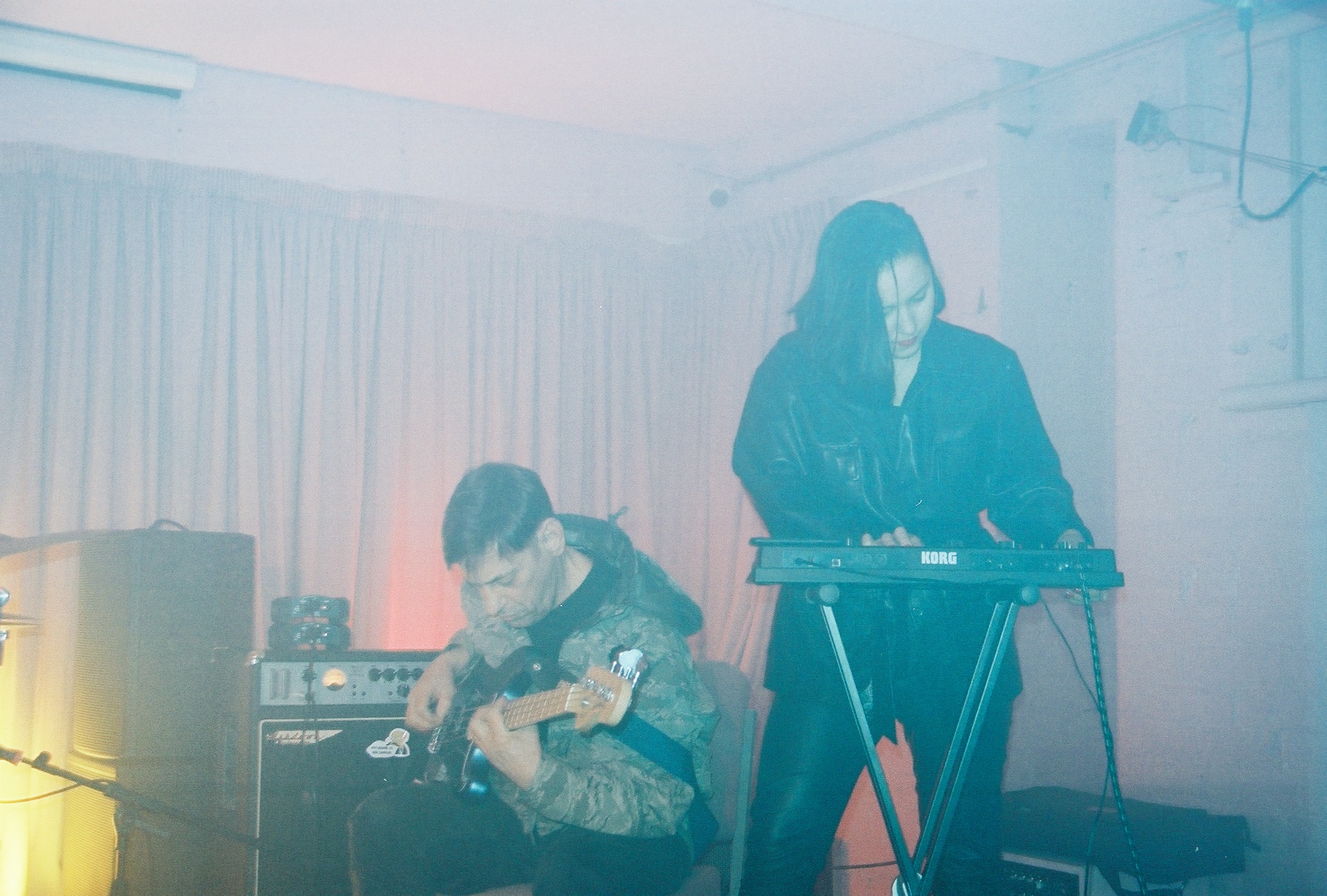 Out first is Jez Kerr and Kyoko Swan who quickly begin to shape a deep sound that will undercut the performance. Accompanying this is the voice of William Burroughs’, a man whose experimental writing and recording are much akin to the performance of Damo Suzuki. Both artists share a love of improvisation and chance elements, creating tension and unpredictability in their work. Next out is Ed Stephens who quickly gets to work with Michael Rother inspired guitar tones, followed by Andrew Cheetham who kicks off with a classic Kraut-style drumbeat.

And out comes Damo Suzuki.

Suzuki goes straight into his usual tricks. He chants, he mumbles, he speaks, he growls. I don’t understand the sprechgesang but it mixes into the sound with nothing less than sincerity. The music has highs and lows. Close your eyes, tune in and drop out. Repetition, repetition, repetition. Repeated phrases I decypher concern the ‘newborn’ and the ‘reborn’. This may be a reference to Damo’s conversion to a Christain belief system in the mid-’70s or perhaps his battle with colon cancer which put a hiatus on the musical nomad’s never-ending tour. Suzuki tonight sounds immortal, he’s outlived his contemporaries and devotees and shows no signs of slowing down.

I sometimes think if I’ll ever stop coming to see the same artists again and again but in the case of Damo Suzuki, you can watch him a thousand times and it’ll always pay off. He simply has the energy to bring people together. Performers and listeners, all are welcome. 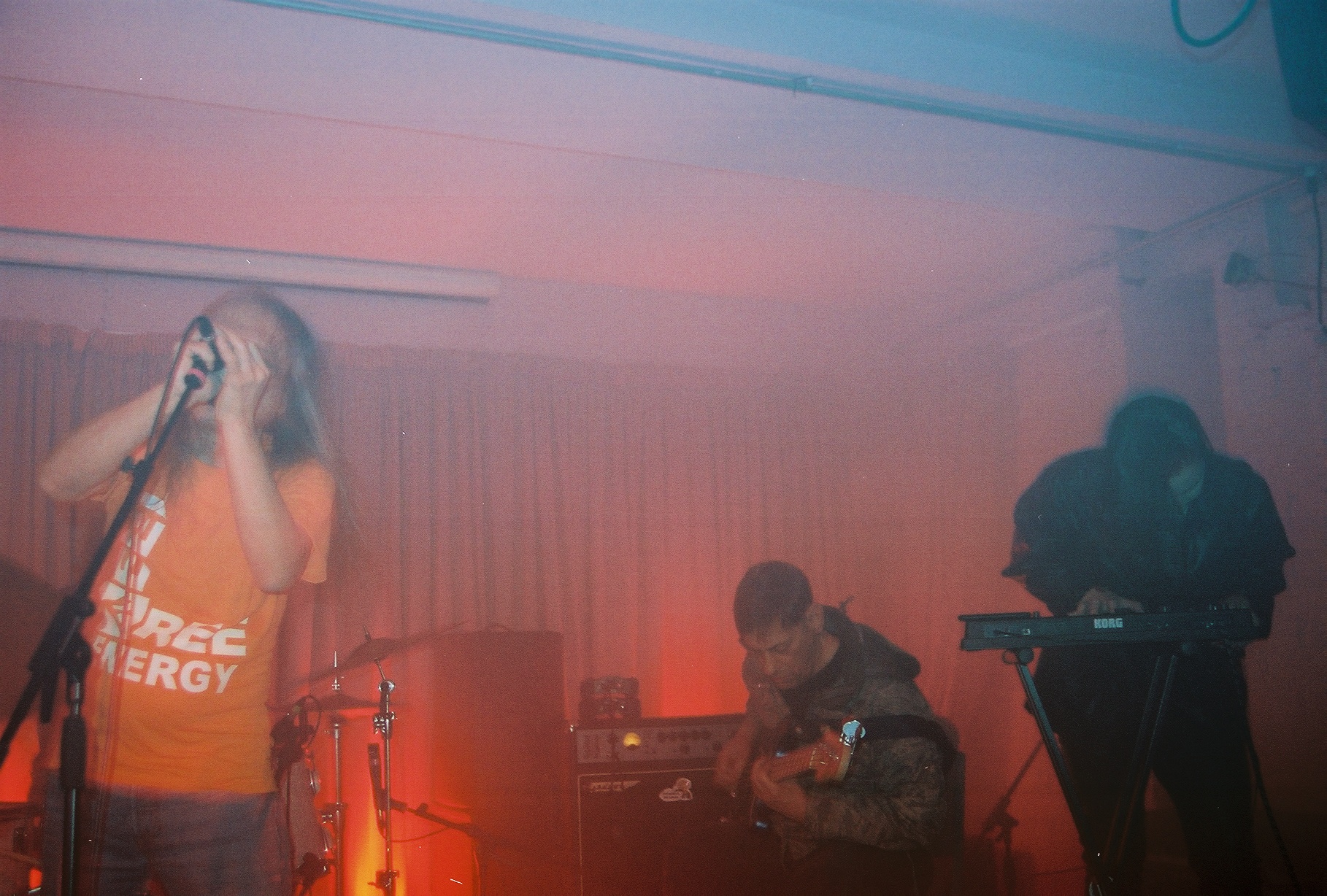 Damo Suzuki can be found on his website here.