Home News The Damned announce Paul Gray back in on bass and Tony Visconti... 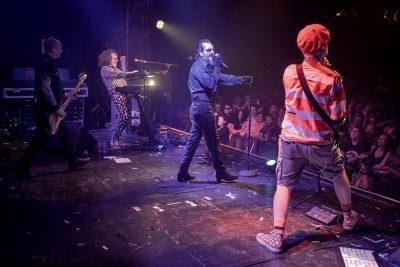 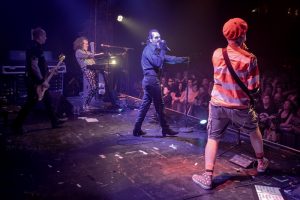 The Damned have announced two big pieces of news on the pledge page for their upcoming album.

The full story is on their pledge page here.

Two hot pieces on news from The Damned camp for you today – firstly that Tony Visconti is set to produce the new album, which we’ll start working on in October along with Engineer Kevin Like in Brooklyn, New York.

Over the past five decades, Toni Visconti has produced some of the world’s most influential artists and their greatest albums (David Bowie, T.Rex, Morrisey, U2, The Stranglers, Iggy Pop and Thin Lizzy). Engineer Kevin Kline is a four-time Grammy-winning Producer/Engineer/Mixer, who has also worked with Bowie and has spent the last several decades compiling an impressive list of credentials featuring premiere pop artists Peter Gabrielle, Elvis Costello, Burt Bacharach, Brian Ferry and Brandon Flowers.

Secondly, we wanted to pass on the bittersweet news that bassist Stu West will be departing the band but the good news is we’ll see former bassist Paul Gray return to reunite with the band once again, having played on the albums “The Black Album” and “Strawberries” in the 80s.

“We had a great time with Stu on this long journey. We have infinite respect for him and are forever grateful for his contributions to The Damned. As a result of this mutual understanding, we respect his decision, support him wholeheartedly and wish him the best of luck and success.”