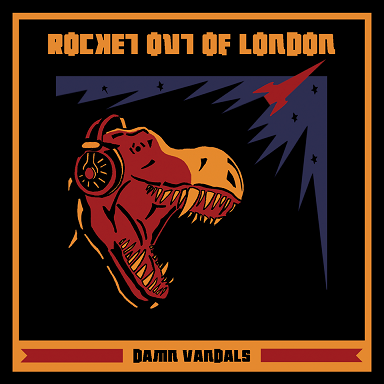 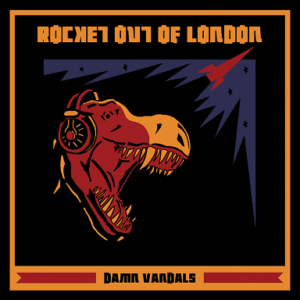 Heavy Metal? Heavy Rock? Rock Metal? How do The Darkness, Queen and AC/DC fall into the same category? Or, do they? I don’t really know, it’s always puzzled me. Slipknot must really despise Europe and The Final Countdown.

So, ‘the highly anticipated new Damn Vandals album’ pops through my letterbox and into my car cd player. Bang! There’s no mistaking that Damn Vandals are here. Like a cross between Thin Lizzy, Crazyhead and Ian McNabb they storm through ten tracks, each worthy of being released as a single, with the confidence of a group that could have been in the industry for donkey’s years.

Let’s call it Indie Rock/Pop. Almost all the songs coming in at less than two and a half minutes proving the theory that it’s quality and not quantity that counts. Each one with a razor edge vocal, throbbing bass, raw guitar and crashing drums with lyrics ranging from school hatred to hard drink to pornography, it really is an absolute cracker.

Opener, and latest single, Twist Up And Tangle, sets the pace for a frenetic album with no compromise. Yes, there are some slightly childish lyrics, but seriously, Damn Vandals are here for the crack aren’t they? Sometimes, this is what music is all about, fun. Sometimes we lose ourselves so much in ‘intelligent’, eyebrow raising, padanticness that we forget we’re supposed to be enjoying music.

They’re being praised by Shaun Keaveny and Chris Hawkins from BBC6 and the music press alike and it’s easy to see why. They’re fresh, no nonsense songs are a delight to listen to and we’re ready to hear more Damn Vandals. You almost definitely will, as their cut-throat brand of often psychedelic hard rock reaches the ears of more and more of us.

Was I surprised by this album? Yes, I thought I’d hate it. How wrong first impressions can be.