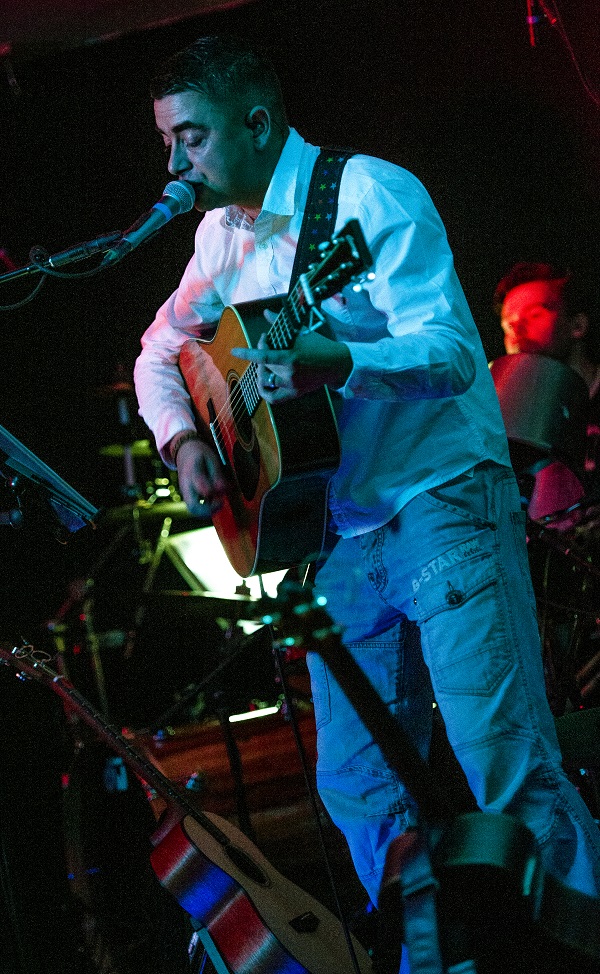 A day ahead of the more high profile London album launch of his ‘Areas Of High Traffic’ (a Sunday Express 5 star review hot on the heels of a more conservative yet praiseworthy LTW review here) Damien O’Kane and his band had a run out in the Manchester suburbs. Mike Ainscoe mosied along to check them out.

Ever since seeing these boys gig at the Underneath The Stars Festival at the end of July when O’Kane and his band played a superb set on the Friday afternoon in the big tent arena and at the same time acquire a copy of the album several months ahead of release, this evening has been a highly anticipated event. A long time coming at just three and a bit months. There was no way that Damien O’Kane could let this band do one gig and then part company, so the official album launch gigs (London – Belfast  – Chorlton) were a welcome tonic indeed.

Down at the Chorlton Irish Club, the Carousel Sessions were set up just over a year ago by the incredibly gifted and even better, local whistle and pipe player Michael McGoldrick. The idea to promote live traditional roots and acoustic music in a community where the Irish culture and network is strong seems an obvious move. Credit then that he’s been able to pull in his mate to treat the locals to seeing what is actually big music  in the confines of  a small club.

While it’s Damien O’Kane’s name on the ticket he’s currently travelling a road which requires  a band behind him. Best make that a band and a half. A craftsman and his craftsmen. While O’Kane might have quipped “With all this behind me I feel a bit like Liam Gallagher” he was able to blend the strong  percussion and keyboard sound of  the new material  courtesy of the energetic Cormac Byrne and Anthony Davis, with a plentiful  mix of banjo and acoustic instruments.  He calls himself a tunesmith and while some may have bemoaned the fact that the sonic palette behind the new material leaves little room for his trademark banjo, a two set showcase gig was the perfect place to put that right.

Flanked by two fellow guitarists, Stevie Byrnes on the acoustic and Stevie Iveson on the electric, they  provided the two sides of the O’Kane coin with the traditional and the contemporary, the electric in particular replicating the decoration to the songs which make it such a feature of the new album. There were notable dips  back into his first solo album – ‘The Breaking Of Omagh Jail’ a thoroughly intense groove  – and into the guitar /banjo duo album with David Kosky for the ‘Mystery Inch’ set. It would have been criminal too, not to get Mike McGoldrick up to play (and sing) on ‘Raven’s Wing’ yet as for Damien, as part of the Kate Rusby/Pure Records  network, it’s rare that O’Kane gets the chance to put his name on an album or to gig regularly which makes ‘Areas Of High Traffic’ and gigs like this such a pleasure. And something to saviour. 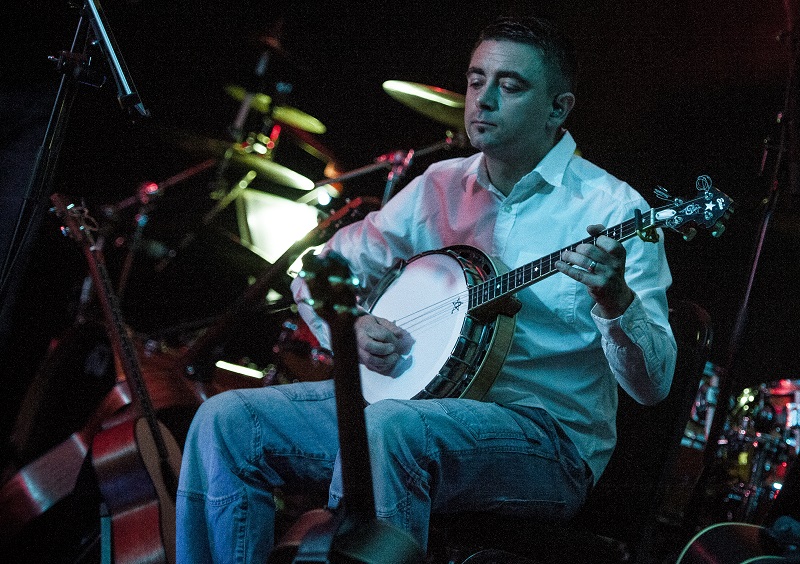 He is  also on Facebook  and tweets  as @DeeOKaneBanjO