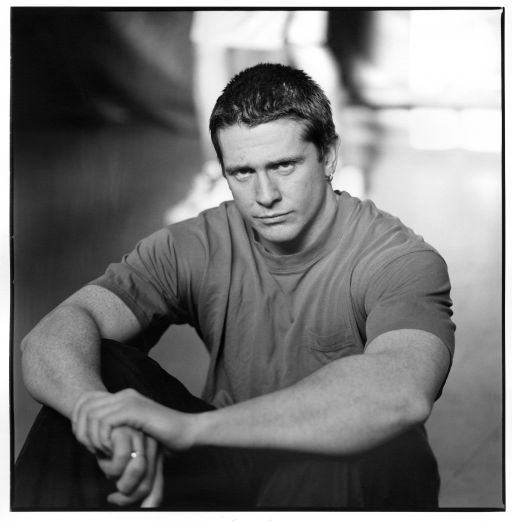 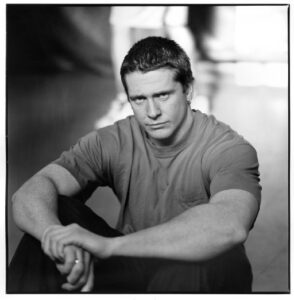 Though long taken under the wing of his native Ireland as both chart-topper and social commentator, that Damien Dempsey has never broken past a cult audience this side of the Irish sea remains something of a mystery. Spending the last decade making records of remarkable honesty and the same beer-sodden sensitivity as Guy Garvey, Damien Dempsey has little in common with most Irish musical exports and owes far more to Bob Marley than he does Shane MacGowan whilst looking every inch the amateur boxer instead of pop star. Not that you’d notice Dempsey was still on the fringes of the mainstream in the UK tonight – the 700 capacity club is bursting at the seams as a notable cross-section of punters are united in chants of ‘Damo!’ as the lights go down.

It’s broad grins all round from stage and audience as the towering hulk of Damien Dempsey strides to the front of the stage. Stopping off in Manchester on a rare and brief tour of the UK, Dempsey is promoting a best-of compilation that – he informs the audience – is being kept from the top of the charts in Ireland by Ellie Goulding. “She gets on the Brit Awards” Dempsey offers by way of explanation.

Damien Dempsey was singing about the saddest excesses of the Celtic Tiger economy before such criticism was fashionable, and certainly before the Tiger became a byword for economic disaster. His accounts of the marginalised poor in North Dublin are in turns haunting and incredibly poetically literate. Though the social commentary is still very present tonight – ‘Colony’ is striking yet thoroughly uncomfortable whilst ‘Serious’ is exactly what it says on the tin – the hope and optimism in Dempsey’s more recent material offers a nod in the direction of quite why he’s held in such regard by the audience in Manchester tonight. The title track of most recent studio album ‘Almighty Love’ is especially powerful tonight, namechecking the variously important contributions of Ghandi, Rosa Parks and Tony Benn (who gets a dedication tonight amidst reports of hospitalisation), and the song is an uncynical call-to-arms that finds profound resonance.

During ‘Factories’ from 2003’s standout ‘Seize the Day’, the audience that just a song earlier was vocal and raucous are engulfed in stirring silence as Dempsey almost spits out lyrics about ‘glass and bottle fights’ and ‘lads that died’. Whilst his band is impressive in their versatility, it’s when Dempsey is communicating as just voice and guitar to the audience that he is at his most powerful. Quite apart from his immense skill as a lyricist, as a vocalist Dempsey is completely captivating, pushing the melody to its boundary whilst retaining elements of traditional Irish folk.

Whilst it’s a cliché to note the diminishing working class and political voices in British music, Damien Dempsey appears the exception that sadly proves the rule. None the less, tonight is a defiant, celebratory and communal affair, and though he may not be topping the album charts over here any time soon, everyone here tonight will certainly be at the front of the queue next time Damien Dempsey returns.