Home News Dame Vivienne Westwood will be near Preston To Break Dance Moves On... 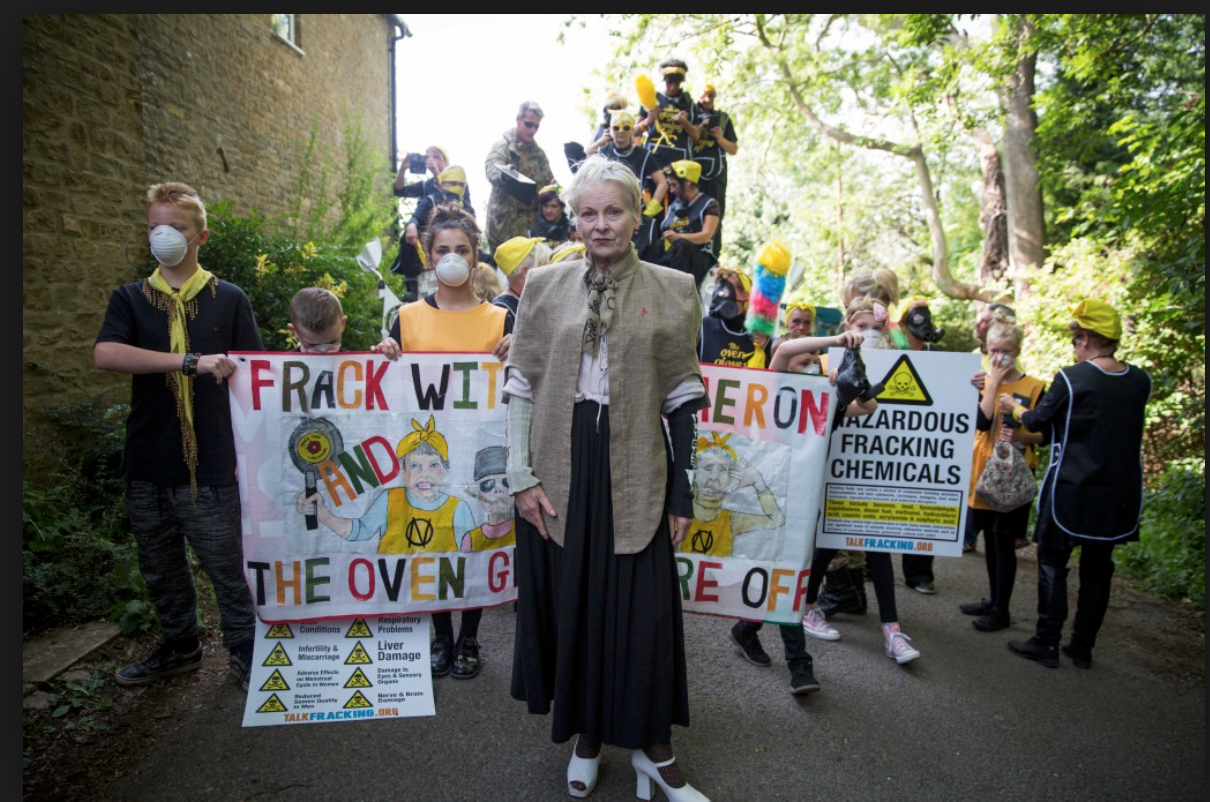 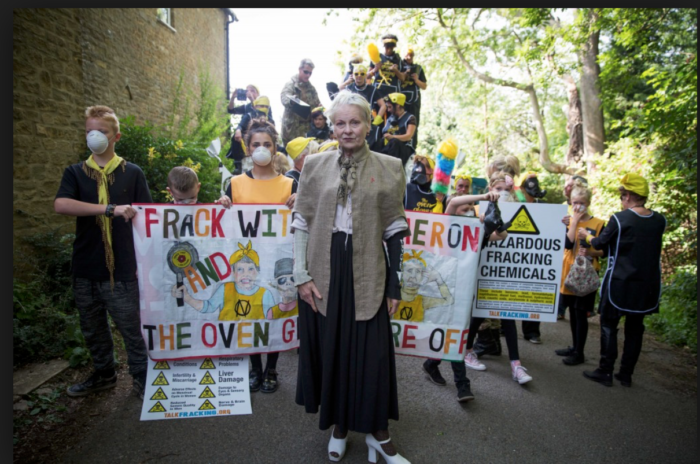 She will make the dance moves on the public highway in front of Cuadrilla’s Fracking well gates on Preston New Road to stand up for the #RightToProtest at 12:00pm on Tuesday 16th October 2018.

As well as a direct assault on the oil and gas industry, its also seen as ‘one in the eye’ for British Prime Minister Theresa May after her ‘Dancing Queen’ outing at the Tory party conference.

Westwood will be supported by her son, Environmental activist and entrepreneur Joe Corré.
Westwood is making a stand against “Illegal and Environmentally destructive Fracking” which has been “forced on the people of England against their will”, according to Joe Corré.
According to the Government’s now banned survey question about fracking, the majority of Britons are against Fracking. The last statistics from the Department for Business, Energy & Industrial Strategy: Wave 25 Survey on the 26th April 2018 showed that only 18% of Britons support fracking.

Joe Corré says: “Britain’s Democracy has been run roughshod over by The Tories who are defying Local Government objection to Fracking to instead “Stand Up For the dying Oil & Gas industry and breach our Paris Climate Change Objectives”.

“The man they did it all for, Brexiteer Jim Ratcliffe, Britain’s richest man worth £20 Billion according to the Sunday Times Rich List 2018, and owner of INEOS, the petrochemicals #Fracking4Plastic monster, has repaid the Tory’s steadfast loyalty by leaving the country and become a tax exile in Monaco”. “Scotland, Wales, Ireland, France and Germany have all rejected fracking” says Corré. “England has been left flapping in the wind”. “The Conservative Government is now isolated as the only Main political party waving the last and final flag of air polluting fracking”.”But now even Tory politicians are seeing sense and rejecting Fracking”. “Tory MPs know the next election depends on them rejecting Fracking at all costs and standing up for Communities’ Right To Decide”. “The 200 marginal seats depend on it” he says.

“Labour will resolutely ban Fracking. John McDonnell, Shadow Chancellor Of The Exchequer and Rebecca Long-Bailey, Shadow Secretary Of State For Business, Energy and Industrial Strategy have both visited Preston and it’s very clear that a Labour Government will end this fracking terror being waged on English voters”.