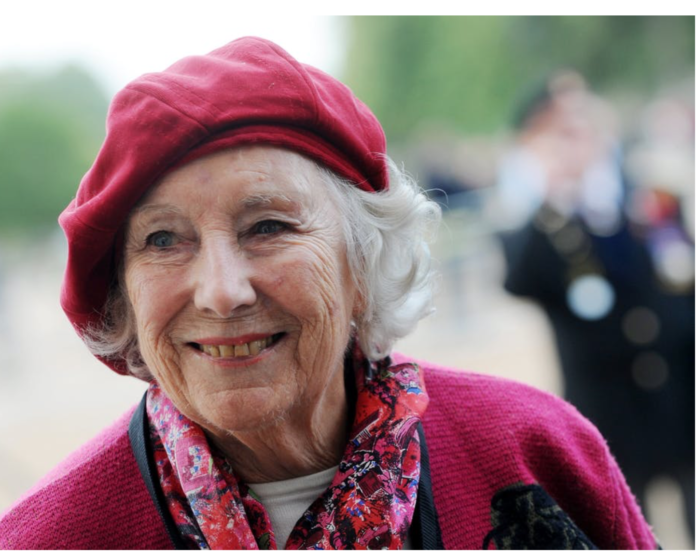 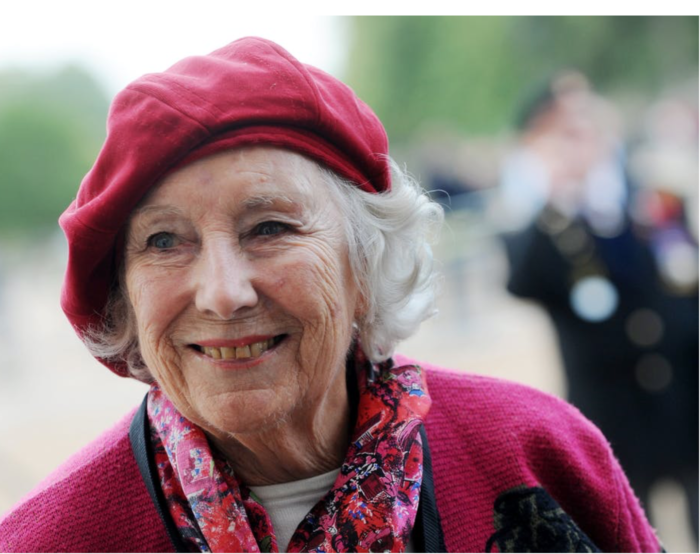 The UK’s oldest pop star has passed away at the astonishing age of 103 and it feels like the end of an era. Her life reads like a history of the UK and her songs are deeply embedded in the national psyche. For many people it’s ‘We’ll Meet Again’ that she is forever associated with but there are, of course, many other famous songs in her catalogue…

Her most famous song  over the years has become a second national anthem. It’s sentimentality struck a powerful chord for the far flung forces during the war. Her breakout song was written in 1939 at the outset of the Second World War by popular composers Ross Parker and Hughie Charles.  The song is deeply woven into the fabric of the second world war and resonates with those who lived through period. Its lyrics offer a message of hope and comfort in dark and dangerous time to those who feared they would never see their loved ones again, and was the song that first defined Vera Lynn. It  also inspired a popular 1943 film of the same name, which saw Dame Vera play a fictionalised version of herself – a young singer who cheers British soldiers with her voice.

2. (There’ll Be Bluebirds Over) The White Cliffs of Dover

Her second best known song had a similar sentiment and a similar place in the affections of the armed forces. Composed in 1941 by Walter Kent to lyrics by Nat Burton, The White Cliffs Of Dover was an ode to those famous cliffs that defined the frontline emotionally and physically in the dark days of the war. Dame Vera’s version popularised the song and it became one of the best-known Second World War standards.

3. A Nightingale Sang In Berkeley Square

A standard that has also been covered by Sir Rod Stewart, Frank Sinatra, Bobby Darin and even Twiggy.  Dame Vera’s version, yet. again, became a key part of the war soundtrack. The tune was written in the small French fishing district of Le Lavandou, shortly before the outbreak of the Second World War, and refers to one of Mayfair’s large leafy squares.

4. There’ll Always Be An England

Amazingly also written by the duo behind We’ll Meet Again, There’ll Always Be An England is perhaps Dame Vera’s most overtly patriotic song that paints a bucolic picture of the home country with lyrics that reference the Empire, country lanes, and cottages tucked beside fields of grain, it carried a message of hope to servicemen abroad.

It’s semi forgotten now but Dame Vera was also an International star and topped the US charts a decade before the Beatles with this song which was also the first foreign artist to reach number one on the US Billboard charts.

It was written by German composer Eberhard Storch around 1950, for his wife who was confined to hospital with a long-term illness. Dame Vera was on holiday in Switzerland when she heard people singing the song in a beer parlour and decided to cover it.

When she returned home to England, she recorded the track with the soldiers and airmen of HM Forces and the Johnny Johnston Singers.

The 1937 song written by song written by Michael Carr, Tommie Connor and Jimmy Leach made famous by the Dame which found modern pop culture fame with its use in the Punk Floyd’s ‘The Wall’