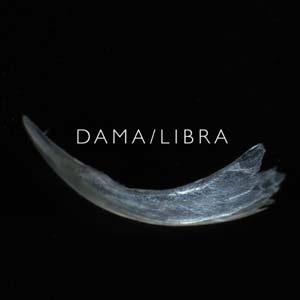 The dark chasms of this new collaboration from two avant-rock veterans are harrowing yet ultimately life affirming says Louder Than War’s Paul Margree.

In 1819, the Spanish painter Francisco Goya, physically debilitated by two near-fatal illnesses and traumatised by witnessing the turmoil of the Napoleonic Wars close up in Madrid, headed to a small house just outside the city to rest and recover. During the four or so years he spent there, he produced an astonishing, intense series of works, painted directly onto the walls of his dining and sitting rooms, quite unlike anything he had created before.

Now known as the Black Paintings, these are visceral works of great power, depicting a Manichean world of pain and violence. The most famous of these works is an horrific interpretation of the legend of the god Saturn devouring his own son. Others depict people huddled together in a dark, unforgiving landscape. Another shows two figures duelling with cudgels in a seemingly unending conflict.

I think of the Black Paintings every time I listen to Claw, the debut record from DAMA/LIBRA, a duo made up of Joel RL Phelps (formerly of Silkworm and currently The Downer Trio) and G. Stuart Dahlquist (Burning Witch/SunnO))), Asva). It is the sonic equivalent of Goya’s paintings, a howl of rage hurled into the dark against a hostile and uncaring universe, a drone rock epic that nevertheless manages to be as life affirming as it is emotionally wrenching.

Given Dahlquist’s pedigree, you might expect Claw to be a ferocious metal onslaught. Yet one of the remarkable things about this record – there are many – is the restraint exercised in its production. The duo conjure up an echoing, cavernous sound world within which bells, organs and keyboards lay down long, slow melodic lines.

It’s an approach shown to great effect on Boy/Dock. Starting with a passage resembling a vast, slow breath, the band slowly add a glistening arpeggio and icy atonal synth chords, like crystals glittering in torchlight, before Phelps’ yearning vocals come in, giving the piece the quality of a prayer.

Occasionally the tracks seem reminiscent of so-called ‘dark ambient’ works – Lustmord’s The Word As Power is a good example – sharing with that record the sense that we’re party to some kind of ancient ritual being carried out within a vast subterranean temple. In The Chant – one of only two tracks to use guitars as well as keyboards – gnarly bass and crashing fuzz are complemented by strident horns, creating a truly infernal din.

For the most part, however, Dahlquist and Phelps stay away from too much schlocky occult gubbins, with the result that the album sounds … well … spiritual rather than satanic. Phelps’ vocals play a key role in taking the record into this much more interesting territory. Heartfelt, unvarnished, full of emotion, Phelps’ vocals range from choral devotion (Thine) through angst-filled emoting (Only Medicine) through to full-on Jeff Mangum-style yelp (3C1). That Phelps’s vocals don’t sound incongruous in this setting – for example in Sravinsky’s juxtaposition of foundation-rattling bass and Sufjan Stevens-style choral flutters – is a testament to the craft and the intelligence of this collaboration.

This is particularly interesting in Been to the Water, where Phelps’ vocals act as a kind of bridge to unify the abstract drones of the song’s first half and its unexpected coda, where twisting keyboards and steel drums burst into life, like a sun coming out from behind dark clouds.

Both Phelps and Dahlquist have experienced their fair share of grim experiences in recent years – touched on sensitively in Jason Heller’s fine overview of Phelps’ career. While it would be somewhat trite to read too much autobiography into Claw, I can’t help feeling that the deep emotional hit of this work owes something to the challenging life experiences the duo have each faced. Like Goya holed up in his bolthole outside Madrid, the pair has somehow, perhaps even without intending or wanting to, channelled their grief, anger and suffering into a remarkable work of art.

Yet the cathartic outpourings of Claw hold in themselves a glimmer of hope and the possibility of moving beyond despair and bitterness. As the descending organ chords of Thine fade into silence, we’re left with the feeling that, after all, there is the possibility of new life after all of this pain.