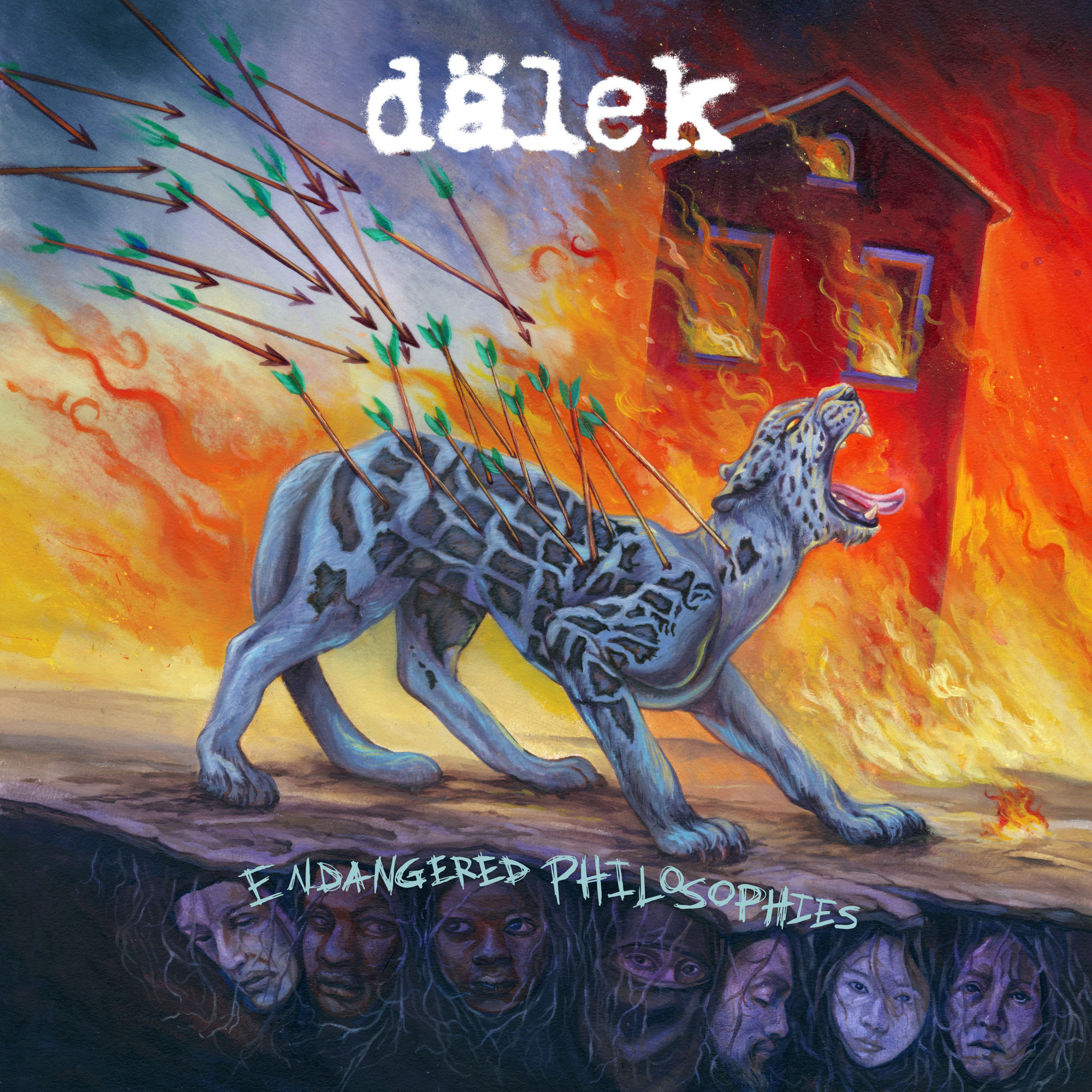 It starts with a squall of riotous noise. Stripping your senses and outside influence. Naked and ready. In comes the sludge thump drums adding an anchor before MC Dälek’s vocals emerge from the storm and boy has he come prepped. We are about to be taught a lesson. School is in session…

Echoes Of… is how Dälek have decided to kick-start their new album and as openers go it’s pretty brutal but when it comes to Dälek brutal is what you expect. The outfit have been blazing a trail for a new way of presenting hip-hop for nearly twenty years now. The band took a few years off between 2011-2015 then released  the wonderful Asphalt For Eden in 2016 (our review of which can be found here). Now resigned to Ipecac Recordings, Endangered Philosophies sees Dälek delve into their more extreme past to create a new sound and an album that is not shy about addressing current world events.

For all of its extremities, Endangered Philosophies’ strongest point is the fact that MC Dälek’s vocals are brought to the fore highlighting his new flow and direct intelligent lyrics. In a time where life is as blurry as it has ever been with misinformation and lies spewing from every TV set in the world, Endangered Philosophies feels like an elder sitting you down and delivering the truth. Scattered throughout, lines like Echoes Of… “Intellect is mourned by the intelligent / Truths once self-evident / Replaced by vile rhetoric” Few Understand’s “Our youth is brutalized” or The Son of Immigrants “I’m your worse nightmare / Educated and born here / prepared for warfare” it is crystal clear where the group’s head is at and how they demand to be heard. There’s even a great nod to Joy Division on Battlecries’ “Sustained by the refrains of Coltrane / Find solace in phrases exhaled by Ian Curtis”.  It is in fact Battlecries that best explains the sound of Dälek as throughout the song we are dealt a floating horn part over an industry metal machine music slam. It is a glorious mix of industrial, post-punk jazz that carries throughout its very DNA every influential and progressive alternative artist from the birth of jazz through to the present day.

Endangered Philosophies is a cavernous sounding album, made for big spaces and open minds. There remains a traditional river of hip-hop culture running through its centre (The Son of Immigrants, Beyond The Madness, Nothing Stays Permanent) but it is there as a foundation for the group to build on throwing everything from shoegaze, industrial, and noise into the mix. It is an album that is high in volume but higher in passion. It is the sound of a group laying it all on the line without a single care of what may be thought of them. Dälek have created an album so fresh, so full of aggression, so full of knowledge, and so progressive sounding that it feels like a debut album (you know the one a band makes before the industry swallows them) from a bunch of well-read and pissed off young adults. The fact that this is the bands eight studio album is astonishing. They may have been going for nearly twenty years but with Endangered Philosophies it feels like Dälek are just getting started.