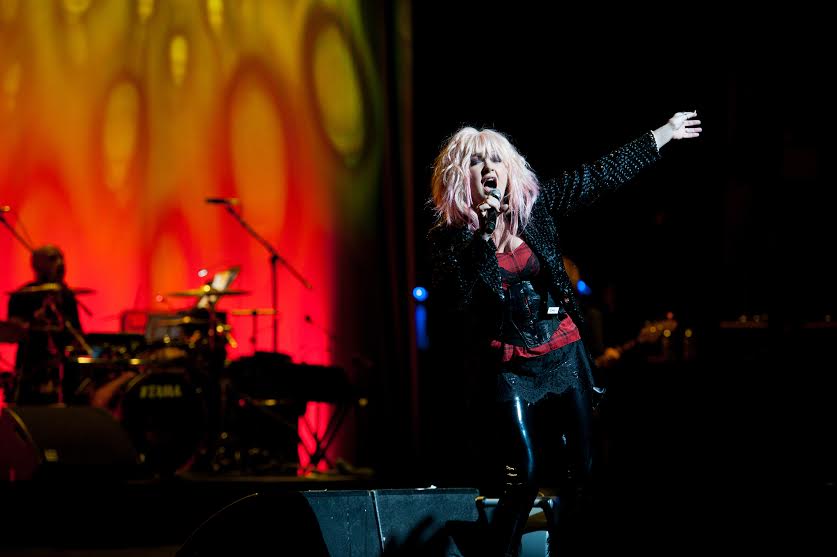 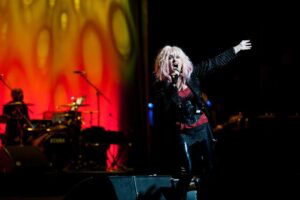 It seems that everything this Grammy, Emmy and Tony, iconic, provocative and captivating artist, Cyndi Lauper touches turns to a sparkling array of gold, which transcends the boundaries of her “True Colors” Forever driven, compelled, and impassioned to help people, she will be presenting he 5th annual “Home for the Holidays,”  benefit concert in New York City at The Beacon Theatre,on Saturday December 5th, through her foundation, “The True Colors Fund,” in her quest to aid the LGBT homeless youths.

The elaborate assortment of guests scheduled for the extravaganza, include: Boy George, Natasha Bedington, Sharon Osbourne, Cam, Anne Steele, ….and the list just keeps on flowing…currently tickets are still obtainable.

Aside from the fact that Lauper’s music has been so powerful over the past 30 years that is has actually become encapsulated inside our very culture, her impact on the fight for women’s equality, throughout the world, and her war against the spread of HIV has been an inspiration to many other artists.

More recently, Lauper composed the music for the award winning Broadway show “Kinky Boots”, which won 6 Tony awards including best score. The show has set box office records, and has now opened in London’s West End. Louder Than War was more than fortunate to be able to discover more about “Home For The Holidays,” and the perseverance that has taken Lauper as far as Washington for her cause.  She also very candidly announced her future projects, some of which have still to be properly announced….

Louder Than War:  It seems as though you have nearly done it all. You are a singer, songstress, Broadway composer, Grammy, Emmy and Tony winner, activist, a mom, an author, an actress, and now even a country artist…is there anything that you still dream of accomplishing?

Lauper: There is still so much more I want to do.

What kind of work goes into creating an event of this magnitude, with all of these well known and respected artists?

Lauper:  I have a great team that helps me put this concert together.   I could not pull it off if not for the work of everyone on the team, my manager, my band, my crew, all the artists and their teams who give their time and perform for free!  It’s a lot of work but it is a labor of love.   Everyone involved is in it to help these kids and also pull off a great concert for everyone that bought tickets, who thru their purchase of tickets are on the team too!

You must be extremely elated at the overwhelmingly, spectacular line up of artists this year for the concert in New York on December 5th. Aside from attending this epic phenomenon, what can the public do to help?

Lauper:  If you can’t make the event, we can still use your help.   Every dollar counts.   If you can donate $5.00 it’s a help.   We have a long way to get to NO homeless youth.  Sadly we are still at 40% of all homeless kids being homeless for being gay.  Let’s get together and try and help these kids.

What exactly is the Forty to None Summit, and what solutions are being implemented to find a way to help?

Lauper:  The Forty to None Summit is a national gathering of people, from social workers to government officials to youth, dedicated to ending LGBT youth homelessness. Our primary focus at the conference is to highlight and share innovative ways that we can actually drive the number of homeless youth who are LGBT down from 40 percent to none. It is about shaking up the status quo and moving forward the ways that we can actually end the problem.

You have been to Washington on behalf of LGBT youths, even testifying in the Senate on the need for additional resources for communication to address youth homelessness. In your opinion  does Washington listen?

Lauper:  Yes, especially the current administration. We also have a number of strong champions on Capitol Hill, but we have a long way to still go. That is why the True Colors Fund is opening an office in Washington D.C. and adding additional staff, so that we can have an even greater presence there and move things forward for the kids even more than we have been able to.

This is your 5th year presenting the Home for the  Holiday Benefit celebration. What first focused your awareness on the LGBT homeless youths, and what was your inspiration for adopting this cause?

Lauper:  I met an incredible group of LGBT youth on Christopher Street Pier a few years ago when I was doing a photo shoot for Interview magazine about my work for LGBT equality. I wanted real LGBT people in the photos with me and ended up meeting these kids who shared their stories about being kicked out of their homes. I was inspired by their courage and their determination to overcome everything that has been thrown at them. As a mom, I cannot understand how any parent can throw their kid away, it would be like ripping out a part of your soul. That was the day that I made a commitment to do everything I could to make sure no kid is homeless again because of their sexual orientation or gender identity.

Besides all the efforts you put into your True Colors Fund, what can we be expecting from you in the year to come?

Lauper:  I’m just finishing up a new CD that will be out in the Spring on Sire/Warner Bros Records called Detour.   I got a chance to record with an amazing band based out of Nashville.  CD was produced by Tony Brown and i got a chance to record with artists that I’ve been wanting to record with for a long time like Willie Nelson, Vince Gil, Alison Krauss, Jewel..I mean come on!  Kinky Boots continues to do well and is now open in Toronto and London’s West End.  It’s doing great on Broadway in NYC as well.  We have a national tour out and we are opening in Japan, Australia, Germany and Sweden this year.    I’m also writing songs for the Broadway adaptation of Working Girl and a TV show in the works!  Lots of good stuff,  I’m not going way anytime soon!

Cyndi Laupers official website is here:  Information about the True Colours Fund can be found here.  Lauper is also on Facebook and on Twitter as @CyndiLauper.