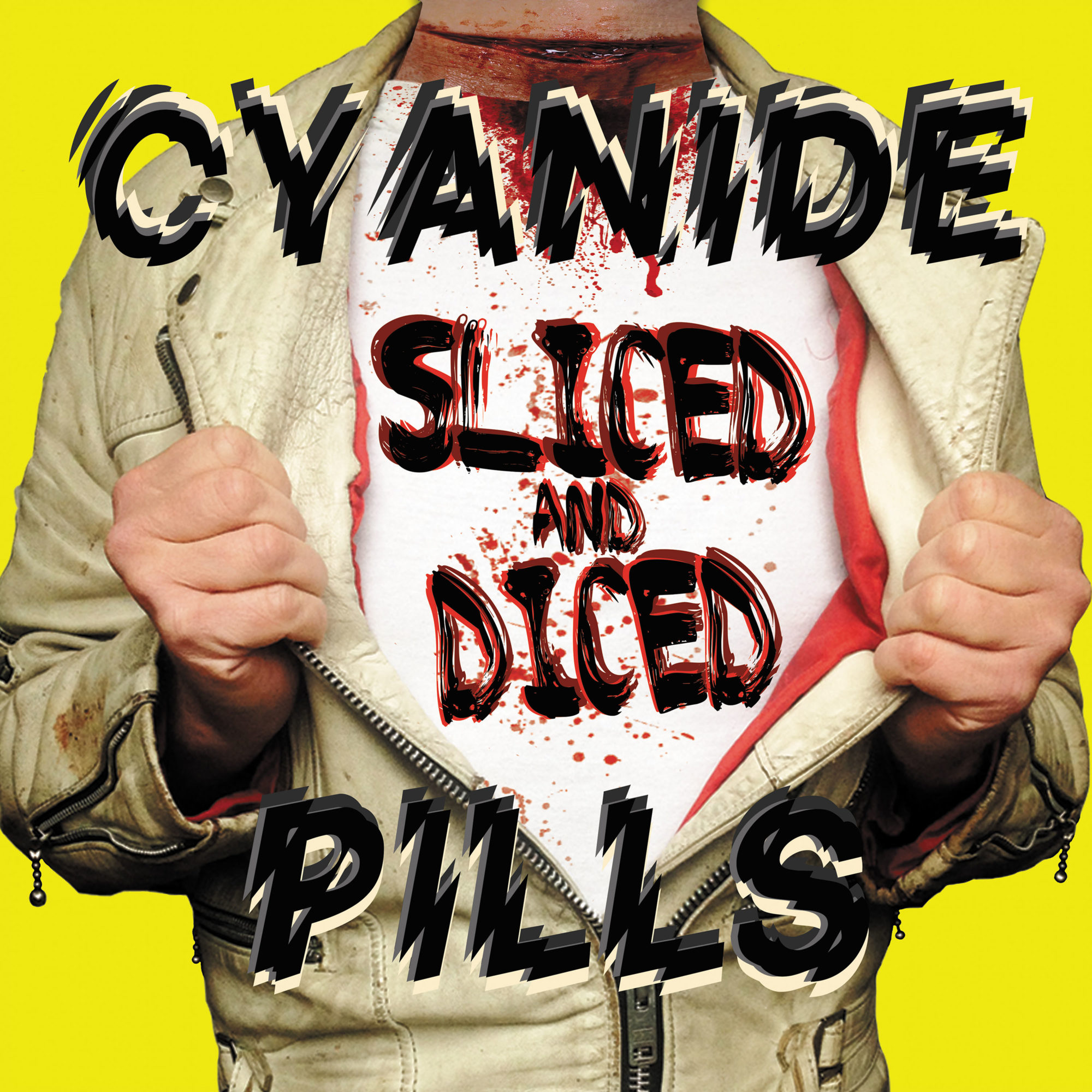 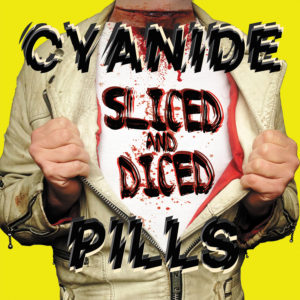 Leeds´premier power-punk upstarts, Cyanide Pills, return with their new album, Sliced and Diced, encapsulating modern Britain for the forgotten generation. Louder Than War’s Nathan Whittle gets riled for the ride.

On their 2013 sophomore effort, Still Bored, this Leeds quintet spat out snarling pleas for us not to turn right. Four years down the line it’s clear that not enough people were listening, but on their third record, Sliced and Diced, they’ve upped their game to produce an album that captures a perfect snapshot of what it’s like to be young in Britain.

Side one opener I Don’t Remember, provides the perfect bridge to their last outing, asking the listener if they remember who was fighting for them, revealing the truth, united in protecting freedom of choice. “No I don’t. I don’t remember anything at all.” comes the reply. A jabbing criticism of those who closed their eyes and carried on regardless, all set to the power-punk rhythm that drives the record on.

From that they blast straight into the Dead Boys-esque Stop and Search, a riotous take down of section 47 of the terrorist act. The game on, they have no intention of letting up and immediately fly into the snarling spitting Still Bored, the spirit of a young and already jaded Johnny Rotten fighting through. After the rapid fire Earthlings, a sure fire mosh pit belter, they drop down off the pace and into the bouncing blues-driven Laid-Off, revealing that this 18 track album is not heading in only one direction.

Big Mistake is no doubt the radio hit of the album – a pure and driven, harmony-drenched power-pop gem showing it’s not all sarcastic jabs at the Establishment with the Cyanide Pills. They also steep themselves in the anti-love love songs of The Buzzcocks, Joe Jackson and the like. However, that urge to look outwards doesn’t ever seem to be far from the surface and they’re soon back at it with Government, chock full of biting, sardonic couplets. “Politicians claim for second homes, When I borrow from the pay-day loans…This fucking government is robbing me blind.” There’s no doubt about it and they load that anger-filled frustration into the first half of the record.

Side two showcases more of the band’s ear for pop. Distorted arpeggios and punches lace together in Razorblade, a cutting breakup call, while Say You Will rolls along, backed throughout with a glorious call and response. The punk snarl always comes out though, with these two power-pop nuggets bookending the snarling No Strings Attached. Cut Me Loose rollicks over verses of a rockabilly riff, before Took Too Much jumps in with almost West Coast Lookout! Records punk, both tunes propped up with glorious choruses that call to mind Jetz and The Monks. In The Back of a Car hits the accelerator on the penultimate track, all fuzzed out pounding drive to get the pit worked up again before Waiting chimes in to close the record with a glimmer of the simple, hopeful optimism of just waiting for a girl to call.

On this album Cyanide Pills have crafted a fantastic, modern-day power-punk ride. You just gotta jump on!