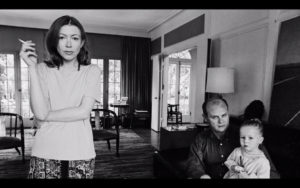 Louder Than War’s Ioan Humphreys reviews the latest release from the inimitable and brilliant CXR.

Out of all the bands I’ve discovered in the last year or so, CXR are by far one of my favourites. I reviewed their last release ‘Hard Time Killin Floor Blues’ LP LTW last year. It was an unpredictable and constantly surprising 7 track no wave inspired slice of brilliance that clocked in at just 12.23. At the time of that release, they were touring with Thurston Moore and (the brilliant) Big Joanie, so they were riding high on the success of the LP. So to hear that they’d already started on the follow up (‘Pee Pee Award’) was great news with a brand new track which is going to be part of a new EP to be released later this year.

An absolutely filthy drum and bass combo starts this track, with the laid back and almost creepily smooth vocals of Joseph Coward leading us through his latest nightmare. The tone of the track maybe slightly bleak, yet it has an unmistakably upbeat grove and probably their most accessible track to date.

Again, at 1.57, this is a minimalist and fast moving piece. Yet it’s a measured track that doesn’t feel at all rushed. CXR just seem to revel in their penchant of producing sonic slices of brilliance that not only capture the essence of their jam ideas, yet illustrate their ability to know when to stop. I love this band. A lot.

CXR are currently writing the follow up to Hard Time Killin Floor Blues LP and, have just announced the following live dates: