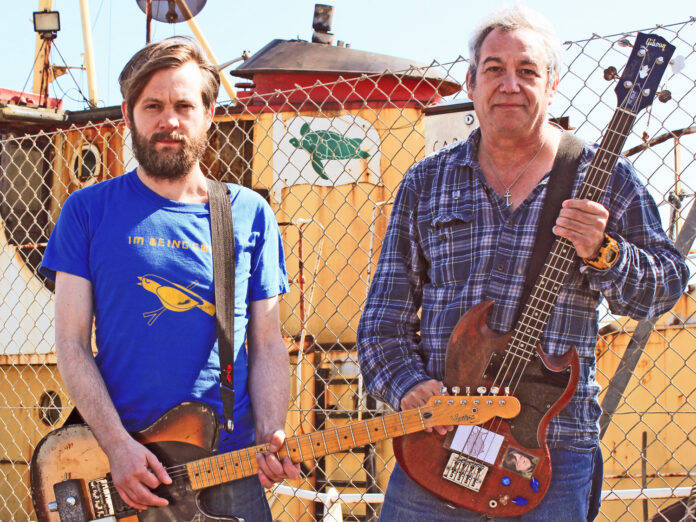 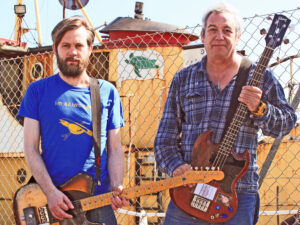 CUZ to tour the UK…

We’re told about the partnership:

Watt and Dook first met in Australia in 2006 when both The Stooges and The Go! Team were playing at The Big Day Out festival.

“Mike was being loud and friendly, dousing his festival food with home-made Watt Chilli sauce straight out of his chilli belt holster” says Dook.

Weaving eclectic influence- from Japanese folklore (the ‘tamatebako’ is a Pandora-style box featured in the ‘Urashima Tarō’ legend), through ancient British landmarks, to personal loss- into a heady mix of whisky-gnarl, motoric riff, thrift-store percussion and toy synth, the effect is a tight, groovy, ever-elusive, outsider pop. Vocals come from both Watt and Dook, often within the same song, representing an unlikely pairing of throaty drawl and choirboy purity that works magnificently. Guest vocals come in the form of the esteemed beat writer Charley Plymell, and Kaori Tsuchida (The Go! Team), amongst others 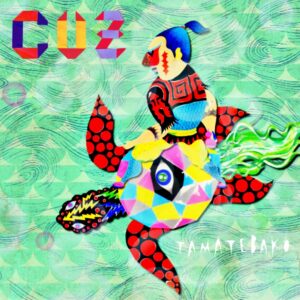