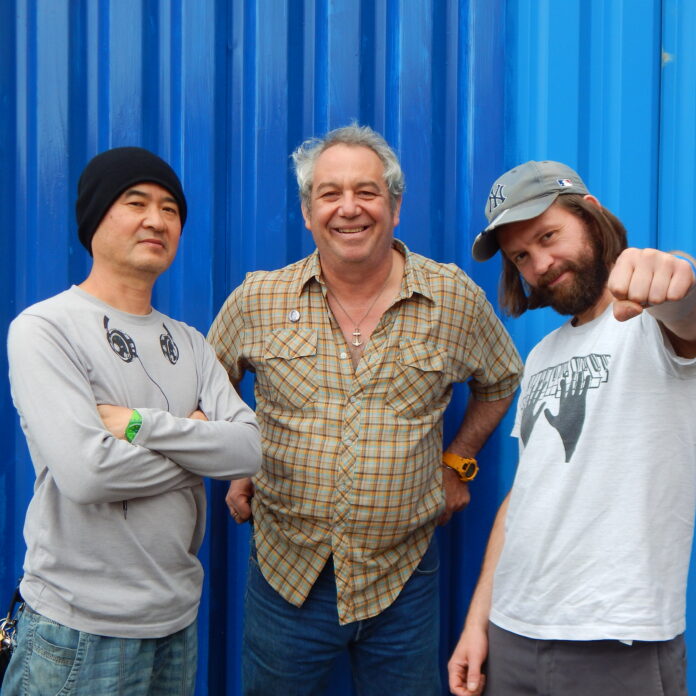 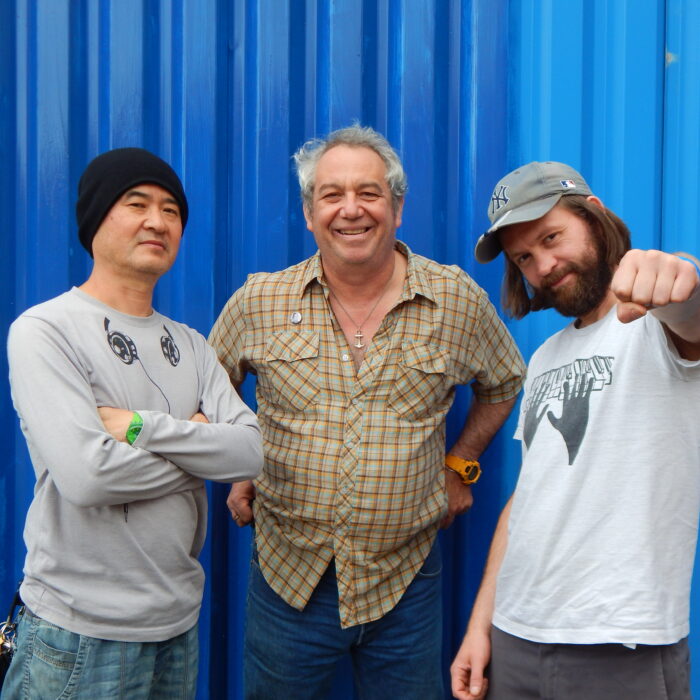 CUZ – the brilliant collaboration between Mike Watt (of Minutemen, fIREHOSE, Stooges and many, many more fame) and Sam Dook (of The Go! Team) – are halfway through a UK tour at the moment and to mark the occasion they’ve released a video for the track Thinkin’ ’bout Thinkin’ from last year’s excellent album Tamatebako. Check it out below, along with all the remaining tour dates which include Edinburgh tonight.

As we learned back in April 2014, the seed for the CUZ album was sown a long time back, instigated by a three day jam session Mike and Sam had during a break in a Stooges tour which had brought Mike over to the UK. Patchwork style they took all the samples from those sessions, cut them up and put them back together to make a mighty fine collage until, with a little help from the internet, an album emerged. That album was called Tamatebako – and if you haven’t heard it yet you should hunt it out.

Both Mike and Sam having busy schedules it was unlikely a tour would ever happen, but here we are a year later and Brother Mike’s back in the UK hotfooting it around with Sam and E-da Kazuhisa on drums. You can read a bit more about the tour itself on Mike’s Hoot Page (where you’ll also find one of Brother Mike’s legendary tour diaries), but for a quick reference here are the remaining dates (we’ll be reporting back from Newcastle tomorrow, by the way)…

And so to the video which, not unlike the music CUZ make, appears to be a collage itself, one brought to life by the power of stop-motion. Sam takes up the story about the video …

“It is a collaboration between artist Hannah Sackett and a film maker Esther Springett. It was a really organic process: Hannah created an illustration inspired by another CUZ song called ‘The Wheel And The Ring’ and emailed me to let me know. You can see it here. I thought her drawings were ace so asked if she could create a series of still images for ‘Thinkin’ ’bout Thinkin’. She very kindly did that and then my filmmaker friend Esther Springett came in and brought the pictures to life with animation and old world aesthetic.

“She also created the face in shimmering pool of water which I never thought anyone could realise … so I’m very grateful to both of them for their hard work so please mention them in some way if you can?”

The track itself features contrasting vocals by both Mike (gnarly and whiskey soaked) and Sam (mellifluous and innocent) and has the feel of a traditional folk song brought up to date with sounds which remind one of foreign parts, such as Japan. It’s eclectic and mesmeric at the same time, not to mention quintessentially unique.

CUZ can be found on Facebook and they have an artist page on Bleeding heart recordings website.

Meanwhile Mike Watt’s on twitter as @wattfrompedro and Sam is as @dooksam.