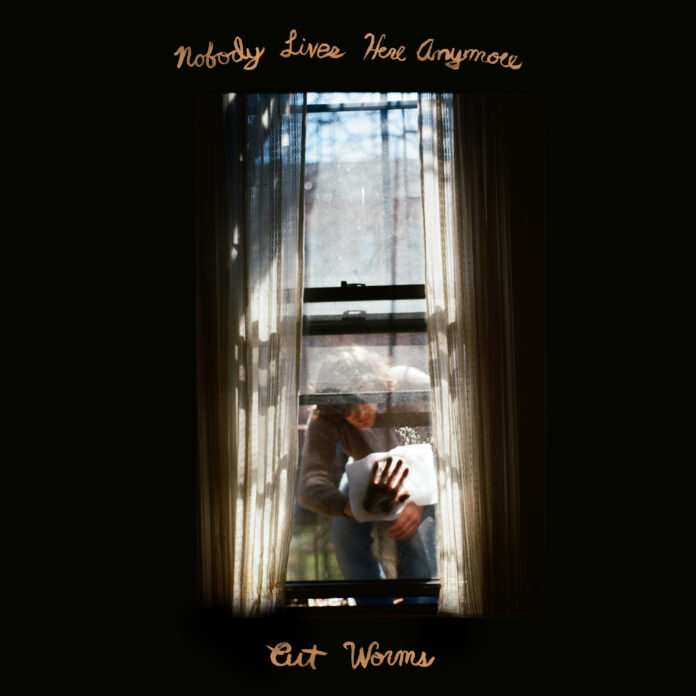 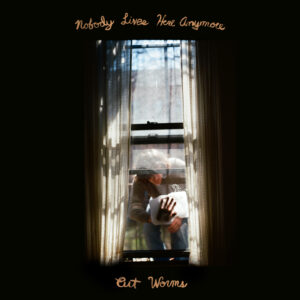 On his second album, Brooklyn-based singer-songwriter Max Clarke, aka Cut Worms, gorgeously pays tribute to 60s pop music while grappling with the unease of the present day. Elliott Simpson reviews.

Nobody Lives Here Anymore feels like a paradox. It’s an album that feels both out of time and yet, at the same time, unmistakably timely. Stylistically, Cut Worms’ new album unabashedly mines the world of 60s pop and Americana. From the way Clarke’s vocals call to mind the prophetic twang of old-school Bob Dylan to the doo-wop backing vocals littered throughout, it’s an album that isn’t afraid to wear its influences on its sleeve. And, like the best music from that era, the songs on Nobody Lives Here Anymore often have other sides to them. Despite many of the songs here boasting a bright and melodically rich exterior, underneath the surface the lyrics hint at the tumultuous times the album was born out of.

A flick through the titles of the album’s tracks hint at this dark undercurrent alone: Unnatural Disaster, The Heat Is On, Last Words to a Refugee… While Cut Worm’s lyrics are often oblique, it’s hard not to view the album through a political lens – especially with the US election on the horizon. Much of the album reads like an obituary for the American dream, with Clarke singing of ‘drowning in a wishing well’ on Last Words to a Refugee. And the way he mixes this restlessness with a bright, 60s-pop coating makes the message all the more stronger.

The production across Nobody Lives Here Anymore is rarely anything less than stunning, and Cut Worms pays great attention to detail when capturing the sounds of the era he’s mimicking. From the honky-tonk country piano on God Bless This Day to the flourishes of horns on Looks Like Rain, Clarke uses a wide palette of instruments to paint these songs. And, due to this attention to detail, the best songs on the album could pass for long-forgotten classics – old 45s that have been rescued from oblivion. Tracks like I Won’t Get It Right and A Love So Fine show off Clarke’s melodic ear; they’re the sort of songs you can imagine the Beatles or the Beach Boys covering in their heydays. Meanwhile, Walk With Me has all the workings of a classic Elvis ballad.

In spite of its many successes, Nobody Lives Here Anymore does buckle under the weight of its own ambition a bit. As a 17-track double album, it does overstay its welcome by the end, even if none of the songs here are outright bad. If Cut Worms had trimmed the album down to a tighter 40 or 50 minutes, it definitely would have sharpened the overall impact.

Still, as it is, Nobody Lives Here Anymore is a huge leap forward for Cut Worms. Rarely does an album feel so eerily current, while remaining incredibly fun at the same time.