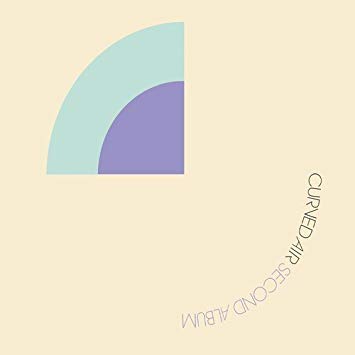 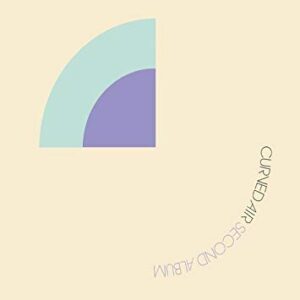 Cherry Red via Esoteric Recordings pursue their five star treatment of the Curved Air back catalogue which started last year with the simultaneous release of Air Conditioning and Air Cut. Louder Than War’s Craig Chaligne reviews.

The aptly titled “Second Album” catches Curved Air at the peak of their popularity following the success of the single “Back Street Luv” which remains one of their best known tracks. However in line with the high turnover that was to characterise the band’s line-up, seeds of discord were growing between guitarist Francis Monkman and multi-instrumentalist Darryl Way which led to one side being dedicated to tracks penned by Way and other members of the band while the other saw all the Monkman compositions lumped together.

The second album is always a tricky step for a band who achieve success with their first LP. Usually recorded in the gaps of a busy touring schedule, with little time to come up with new material, it can be a band’s undoing. However “Second Album” is a good effort which opens with not one but two bangs, the excellent “Young Mother” that includes an excellent instrumental break in its midst and the already mentioned “Back Street Luv”. “Jumbo” shows a band stretching its wings with the use of a string section. “You Know” is another good rocker that clearly displays the influences of american band Spirit described by Darryl Way in the liner notes, the excellent hook played in unison by the keyboard and the guitar works a treat.”Puppets” meanders a little and might be the only real filler track here but things pick up instantly with “Everdance” where Curved Air’s trademark violin and an almost chidlike-nursery rhyme lyric make it instantly memorable. Monkman’s inventivity shines through on “Bright Summer’s Day 1968” with its unusual melodies and time signature changes. Closing off the second side is the ambitious “Piece of Mind”, again a track where Monkman’s singular music vision is well displayed. This carefully constructed music suite manages to stay interesting for the whole course of its thirteen minutes. The album is completed by two different BBC John Peel session’s both recorded in early 1971.

The second disc in this reissue is one every Curved Air fanatic will treasure as it regroups together thirteen promotional and live TV appearances recorded around the period following the release of “Second Album”. The promotional films feature some interesting seventies visual effects (make sure you spot the one with the spermatozoids and the ovary during “Vivaldi” and the screw on errr…. “Screw”). The appearance on French avant garde program “Pop Deux” mixes concert extracts with a short interview while a particularly spirited three song set recorded for the German “Beat Club” show proves to be the highlight of the DVD. A further trio of songs recorded for German TV feature drummer Barry DeSouza who replaced Florian Pilkington-Miska while he was recovering from an illness.

All words by Craig Chaligne. More from Craig can be found at his Author Archive. He tweets at @ChaligneCraig