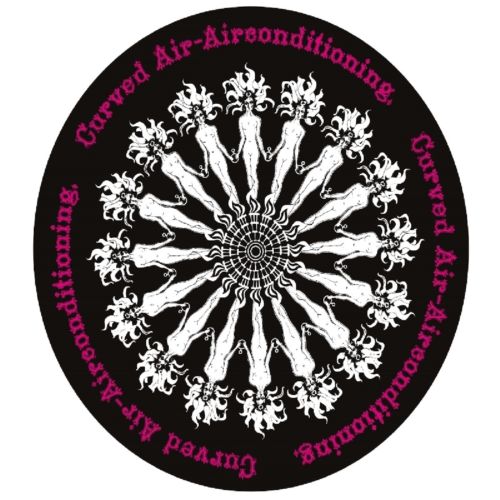 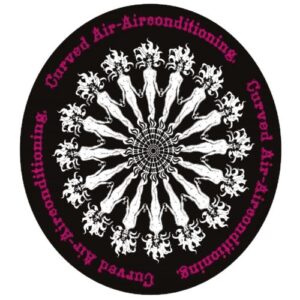 If one band can justify its place in Pete Frame’s Rock Family Trees, its certainly Curved Air. In their original lifespan (1970-1976), the band managed to clock up eight different line-ups with only vocalist Sonja Kristina remaining between the first and the last. With such a tumultuous history, it is no surprise the band’s sound varied widely between albums, each new member bringing something different to the table. “Air Conditioning”, their first LP released in the fall of 1970 was preceded by great word of mouth due to Curved Air’s reputation as a great live act and managed to reach number 8 in the UK charts. This effort is a fully collaborative affair with all the members contributing material. Opener “It Happened Today” manages to marry a distinctive song which features some quality solo’s by Francis Monkman with a classically influenced coda. In a reverse move, the second track “Stretch” opens with violin before morphing into a glam rock stomper. “Screw” drags along a little bit but the nursery rhyme “Blind Man” where Sonja models her vocal delivery on Donovan’s is a great track. The bombastic “Vivaldi” remains a mainstay of the band’s repertoire to this day but “Hide and Seek” is infinitely more successful as a song with Monkman’s guitar chops at the fore. The Curved Air axeman is at it again on “Propositions” with its carefully layered guitars. The gentle instrumental “Rob One” is followed by the multi part “Situations”  which contains another wild guitar solo. A reprise of “Vivaldi” and the breezy “Thinking on the Floor” close off the proceedings on a lighter note. The second disc features numerous live versions, alternate takes and radio sessions. 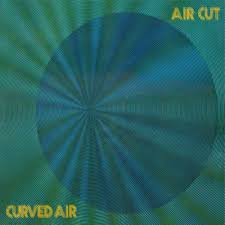 Fast forward three years, the band with a completely new line-up (apart from Sonja), released their fourth LP “Air Cut”. The general consensus on Curved Air is that they peaked with “Air Conditionning” but “Air Cut” is a truly excellent album that deserves to be rediscovered. The creative axis of bass guitarist Mike Wedgwood and Sonja Kristina managed to entice musical prodigy Eddie Jobson who replaced Darryl Way on violin and keyboard duties. Auditions were held to recruit a new guitarist and a drummer which resulted in the recruitment of Kirby Gregory and Jim Russell. The band gelled on the road before entering the studio with producer Martin Rushent (which all members credit for making the recording of the album a great experience in the liner notes). The songs are generally more concise than on their first album and the sound is more muscular, you can feel the band shedding their “art rock” personae for a more mainstream rock one. “Purple Speed Queen” is a powerful opener, rocking along nicely with a particularly inspired solo by Eddie Jobson and Kirby Gregory. The delicate “Elfin Boy” sees the band display a more intimate side, a great folk song enhanced by a nice arrangement. Metamorphosis” maintains the tradition of the epic multi-part songs with classical influences, the band’s inventiveness on the arrangements (particularly Eddie Jobson’s outstanding work on keyboards) make it one of Curved Air’s very best tracks. The (very) brief “World” is a little catchy ditty which acts as a transition between the first and second side of the LP while the instrumental “Armin” harks back to the bands art-rock days (with Gregory’s guitar pyrotechnics acting as the extra icing). “U.H.F” sandwiches an atmospheric instrumental part between two slices of heavy glam-rock. The quality drops a little on the last two tracks with the slightly formulaic rockers “Two-Three-Two” and “Easy” but they remain very listenable.

All words by Craig Chaligne. More from Craig can be found at his Author Archive. He tweets at @ChaligneCraig