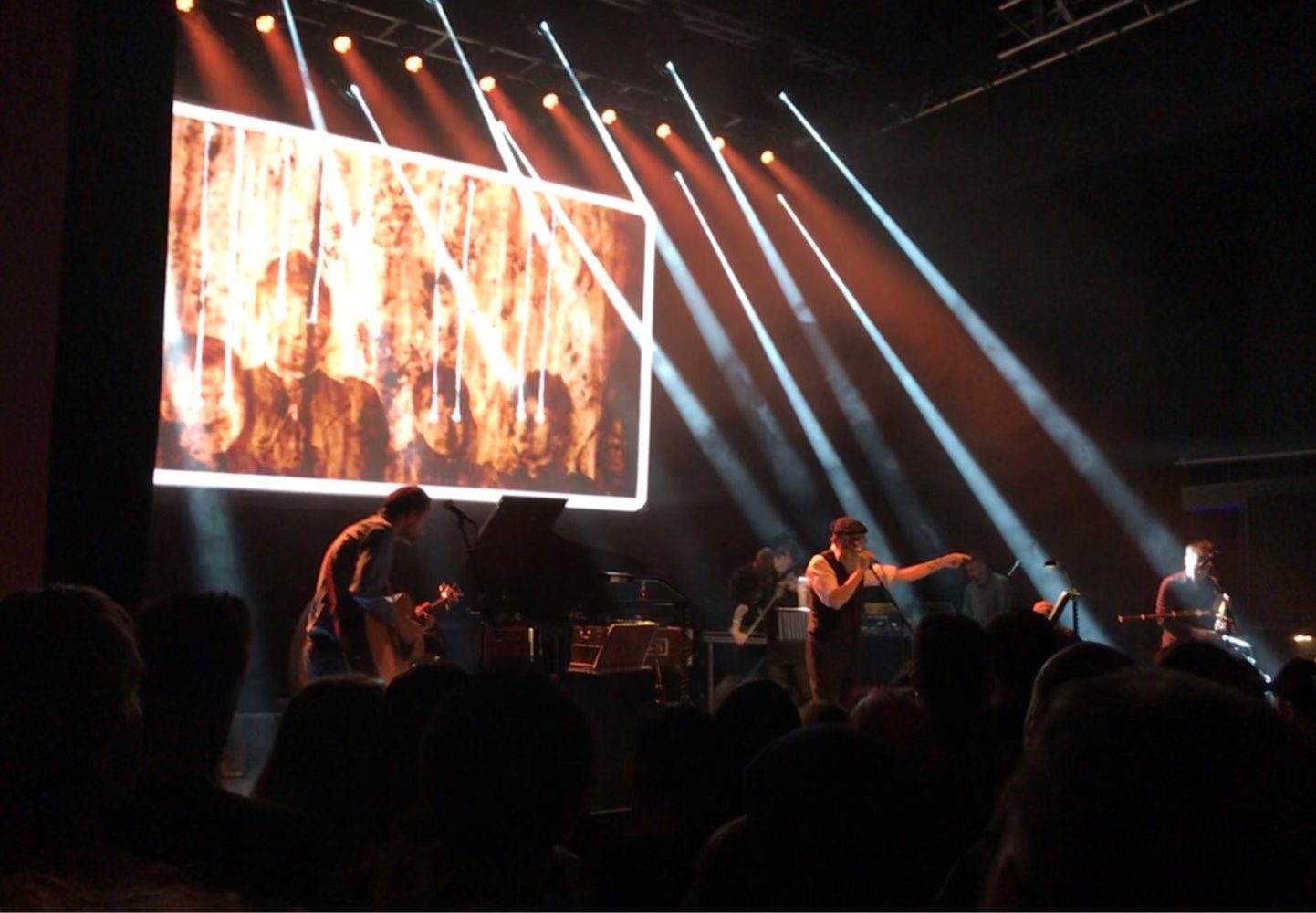 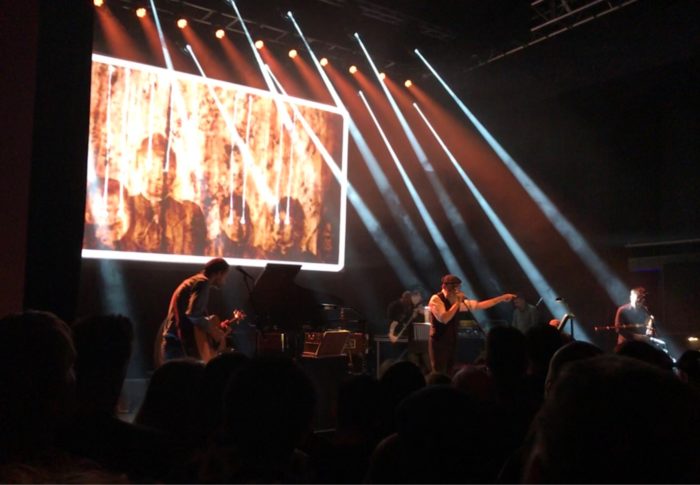 The clouds moved gently across the waxing crescent moon above the silhouetted Victorian front facade of Shepherds Bush, out of the darkness fleeting views of the moon, and the illuminated ‘Current 93’. 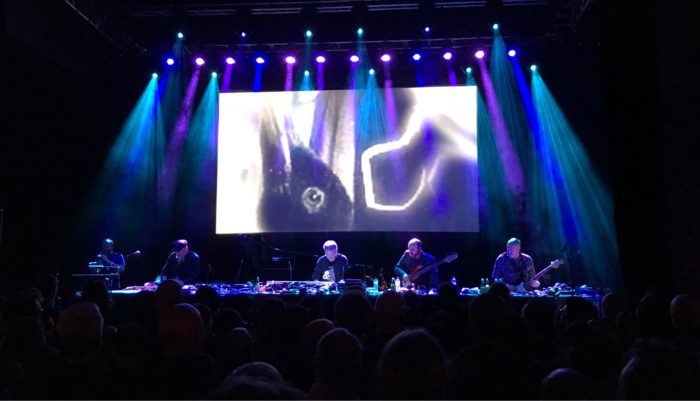 Inside the empire was packed to capacity, two hours of people queuing around the corner had led the crowds to a stage treading Nurse With Wound.

With abstract projections and a stage front line up of table tops covered with an array of noise making apparatus, mixing desks, guitar, bass, brass, microphones the music began.

The screen matched perfectly the sounds coming from Nurse With Wound in a true meeting of both senses. Slow moving blurs came into focus, creating unreal realities from the sacred and mundane faces, jittering in the glitchy stroboscopic light

They piece a complete whole from barely audible to a rhythmic roar, patterns of progressive ur-sound circling and grooving through the air, around the heads of the talkative bar flys up into the ornate balconies and boxes and back down again. Mesmerising and intriguing Shepherds Bush with a new resonance, a world of sound as real the Victorian brickwork and beer soaked slippery floors. What kind of music was this, what kind of music was this not?

Current 93 cleansed the space with a playback of Hushabye Mountain while a monochrome mountain landscape panned in slow motion across the screen on stage.
There was another mood change with a playback of Chirpy Chirpy Cheep Cheep, ascending into pitch shifted chaos and then it was time for – enter Current 93.

So began the performance of The Light Is Leaving Us in it’s entirety. This performance and presumably the LP itself is a thing of extreme beauty. These songs and their arrangements, were, for me pulling together the finest moments from the Current 93 of the past . A transformational process resulting in a new complete whole, more fragile, resonant, magical and powerful than ever before. The lyrics are poems, the musicians each a master of their craft, the visuals also, the combination of elements sublime and dream inducing, captivating in a way that holds on tight and doesn’t let you go.

The encore treated us to some more familiar pieces, including Sleep Has His House, Then Kill Caesar and ending with Hushabye Mountain, and so we return to where we began but changed as a result of all we had witnessed.

So back out into the night, the moon now silent behind the clouds but still ever present.