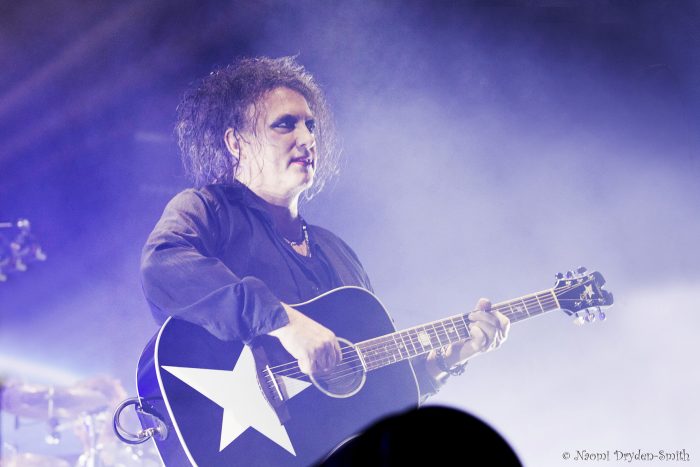 When The Cure announced over a year ago that they were playing Wembley Arena, it sold out in minutes. Anyone preferring smaller venues, having been spoilt by the intimacy of Royal Albert Hall and Hammersmith Apollo, needn’t have worried. Both the Thursday and Friday nights were superb, despite and, it’s fair to say because of, the venue. 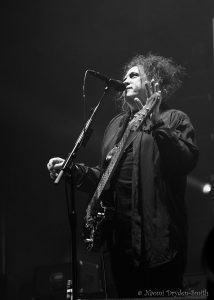 It’s been a long time since The Cure released any new material (nothing since 4:13 Dream in 2008, other than a few covers) despite various rumours of a new album over the last couple of years, just two new songs (albeit good ones) have appeared during their Worldwide tour. It was clear from the start that these concerts were going to feature an array of their most-loved hits, peppered with some of their more epic goth anthems. Both the first two gigs (and undoubtedly the third) had entirely different setlists – both Thursday and Friday featured a string of hits including Just Like Heaven, Lullaby, Lovesong, Boys Don’t Cry, Close To Me and Friday I’m In Love – all guaranteed to get the entire 12,000 capacity on their feet and singing their hearts out. Thursday’s set focused on Bloodflowers and other more recent albums, whilst Friday featured songs from Faith and Disintegration, plus a welcome appearance of Charlotte Sometimes. Both gigs included samples from nearly every Cure album. None of it felt dated, and A Night Like This sounded all the better for the 80s sax being replaced by Reeves Gabrel’s electric guitar solo. 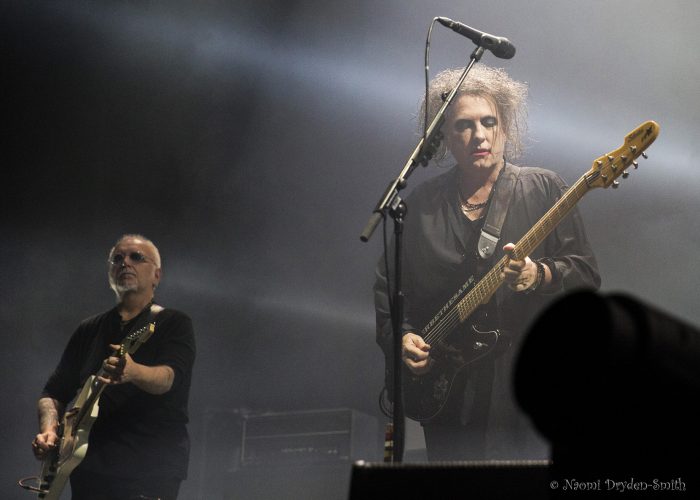 Seeing a concert like this leaves an impression of three things. (1) The band’s performance was flawless – Robert Smith’s voice as strong and passionate as ever throughout – and, perhaps not surprisingly after a year of non-stop touring, they were slick and exacting. Simon Gallup single-handedly ensured that the band was energised and vital, by rushing around the stage in his inimitable way, and Roger O’Donnell presided over things with his searing and spine-tingling synths. (2) The lightshow was a masterpiece in itself, carefully crafted to create a complete journey through the tracks, from a barren wasteland with stark white spotlights for Other Voices to the dense green of A Forest and the spider web of Lullaby, and deep orange flames for Burn. The combination of intense red and white light bathing the chrome drum kit, together with Jason Cooper’s phenomenal drumming was simply stunning . (3) It seemed that the entire crowd were singing for the duration.

The Cure has an extraordinary ability to live in its fans’ hearts for years, and there’s no doubt that many there would have been propelled by specific songs straight back to their bedroom floors and headphones and, no doubt, some teenage angst and giddy euphoria. The intensity of feeling in some of these songs is relentless. Over the years this band have been labelled depressing and morose – it’s true that there are dark themes, but to generalise in this way underrates the full spectrum of passion, sadness, hope and elation that Robert Smith writes into his songs, not to mention the funk. Having said that, and with a fan-base such as theirs, I doubt the band are particularly worried about labels. This was the gig of 2016 and well worth the wait.