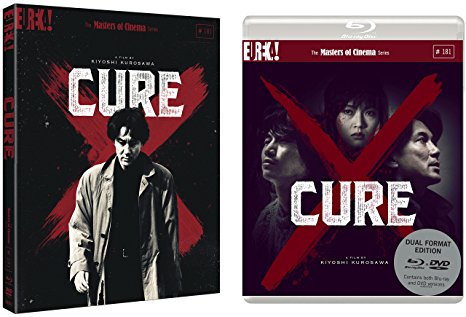 Jamie Havlin takes a look at a chilling Japanese movie that played a huge part in establishing J-Horror internationally.

After making a rash of movies that included a number of straight-to-video releases, Kiyoshi Kurosawa finally made his artistic and commercial breakthrough internationally with the psychological horror thriller Cure.

Here Detective Kenichi Takabe, played by Koji Yakusho (Tokyo Sonata, 13 Assassins) investigates a wave of mysterious, related murders where the victims all bear a X pattern carved on their necks.

No, there’s no serial killer at large. The perpetrators of the crimes (or perps as they’re known here) all prove easy enough to track down. They’re an unlikely array of killers, all found near the scene of their crimes. Their motives, though, are harder to work out. They readily confess but are always at a loss to explain any meaningful motive for their actions. One man murders his wife although they hadn’t been quarrelling. As in the other cases, he tells his interrogators that he remained completely calm as he took a life and that it somehow made sense at the time. 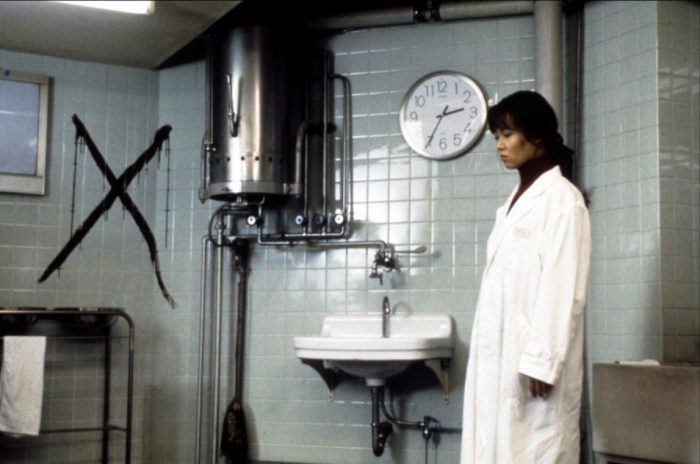 ‘What if they all had some similar trauma in their childhoods?’ Takabe asks a psychiatrist colleague Sakuma (Tsuyoshi Ujiki). ‘It lies suppressed for years, then they explode. Could that happen?’

‘No one can understand what motivates a criminal,’ he’s informed. ‘Sometimes not even the criminal.’

The audience are shown a link between the homicides, a youngish man who is maybe called Mamiya (Masato Hagiwara). He has made brief contact with each of the killers beforehand. He’s very confused and appears to be suffering from amnesia to the extent that he can’t even remember his own name. Perhaps significantly, this softly spoken individual always wants to know more about the people who he comes into contact with.

Takabe, a polite and very reserved man, gradually loses his cool while interrogating the evasive suspect. Especially when Mamiya mentions some details regarding Takabe’s wife, a woman who suffers from an unspecified mental health problem. Soon the detective is displaying a volatile temperament and possibly even falling under the malevolent spell of the enigmatic and strangely mesmeric suspect.

Kurosawa possesses a remarkable knack of instilling a real sense of dread in audiences throughout Cure. This unease is helped by the detached tone suggested by the static camerawork he employs for long, widely framed shots of shocking and entirely unexpected violence.

Koji Yakusho’s performance helped him on his way to stardom in Japan and he quickly became a Kurosawa regular. The director went on to establish himself as a rare auteur in the field of horror, helming terrifically nerve shredding works such as Pulse (2001) and, more recently, Creepy (2016).

A subtle, genuinely unnerving film that proved influential in Japan and the Far East, Cure has even been compared to The Shining. South Korean director Bong Joon-ho has listed the film as one of the greatest ever made. It really is worth tracking down, especially if you’re a fan of films like The Grudge and Ring.

For more information on the films: https://www.eurekavideo.co.uk/moc/cure-kyua