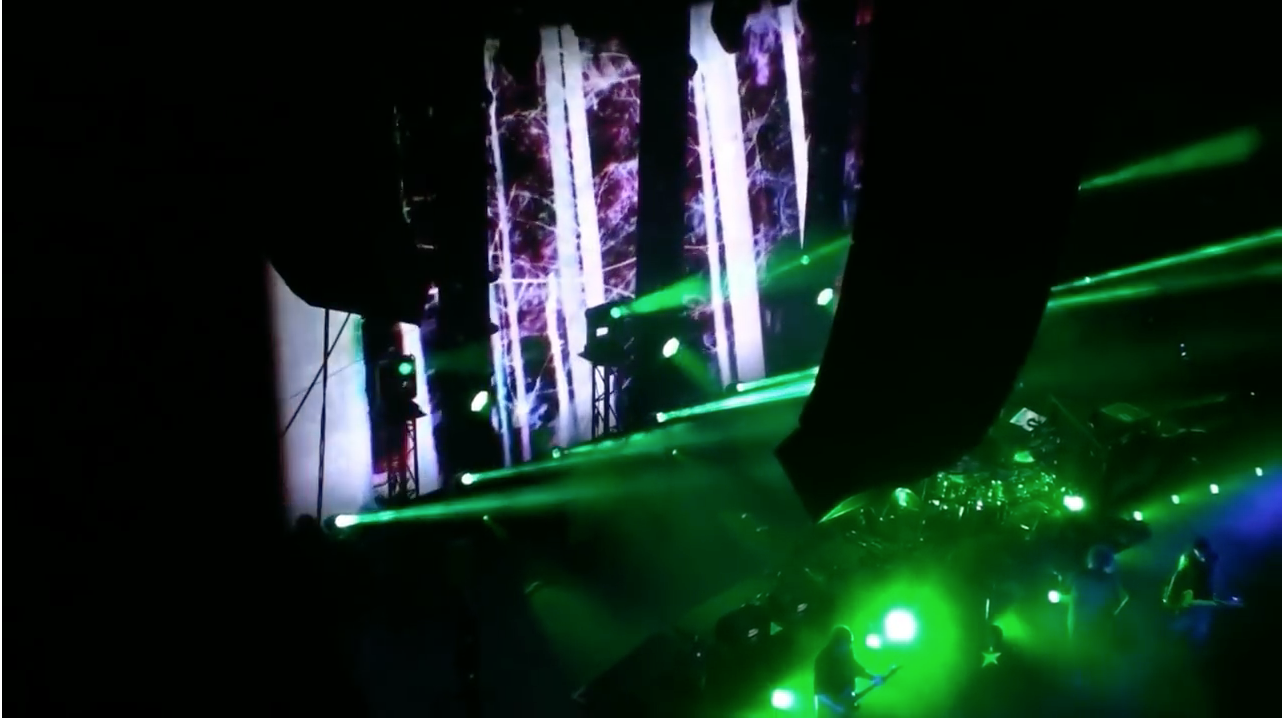 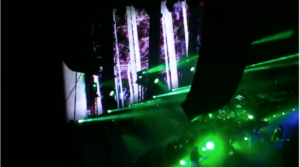 In a weekend that saw the another Smith cancel his Manchester homecoming show, holder of the monicker Robert triumphed at a 60 000 capacity gig in London at Hyde Park where his well-oiled machine captivated a huge audience with an impressive set of hit singles, dark odysseys and obscurities played flawlessly and perfectly that transcended the band and underlined just how they have become entwined with our lives.

The Cure are, in many ways, one of the key bands of their period. Rarely notifed in the mainstream media – certainly not to the level The Smiths were – the Cure sold far more records worldwide and arguably had far more influence taking the so-called goth scene out of the UK and onto a worldwide stage.

That they somehow did this with an astonishing variation of material that was both pitch black darkness like the still brilliant One Hundred Years from the dark depths of their classic Pornography album and the Syd Barrett English whimsical pop of their hits period and still never lose track of what they were is tantamount to their brilliance.

Quietly and without to much fuss, the band wave a huge black flag for what was once called alternative and their music somehow still sounds edgy and impassioned even in the glorious sunshine and with England winning in the world cup the same afternoon. They maintained the party atmosphere with their huge introspective anthemic songs that somehow fill stadiums in a way that so many of their contemporaries never dare to.

This has certainly been a great summer for the band. The Hyde Park gig was a triumph and the Meltdown festival, featuring a Cure set under the monicker of Cureation, a crystalline and perfect sounding adventure into their back pages. There is a perfection about the band. An attention to detail that sees their songs sound better now than at any other period in their history. Simon Gallup’s bass has been cranked up and leads the mix like classic post-punk – a time where the 4 string was the key instrument driving the dynamics and sound. Making this work in small clubs is one thing but in these huge spaces is another.

The have been many notable musicians who have curated the Meltdown festival but in The Cure’s 40th anniversary year it somehow seems fitting that Robert Smith is this years curator.

The names of bands picked by Smith are arguably one of the best line ups the Meltdown festival has seen with the likes of Manic Street Preachers, Nine Inch Nails, Placebo, My Bloody Valentine all playing throughout the week in the lead up to Mr Smith and his band of friends headlining the final night with the curiously entitled Curaetion 25.

Opening for them on this night was the brooding brilliance of The Twilight Sad, who I’d been lucky enough to catch a few weeks ago at their show at The Brudenell in Leeds. A performance so intense it was like nothing I’ve ever witnessed in my many years of gigging.

Although not quite as intense as that performance tonight’s half hour support slot is no less striking as singer James flings himself about the stage, his broad Scottish accent twisting around the lyrics and his brooding presence peaking when he talks of his friend Scott’s (Hutchison of Frightened Rabbit) recent suicide, his voice cracking with emotion and then goes straight into a cover version of Frightened Rabbit’s ‘Keep Yourself Warm’. It’s easy to see where this intensity is drawn from.

I’ve been unsure of what to expect from tonight’s show – apart from the fact that I’m guessing that it won’t be a hit-laden set and will be more aimed towards the ‘ultimate cure fan’, and shortly after the opening gambit of ‘Three Imaginary Boys’ I can see that my predictions are quite likely to come true.

Smith announces that the set will be a selection of songs ‘from here to there and back again’. Consisting of a track from each album from when The Cure started up until the present day and then reversing. The sound in the Festival Hall is unbelievably crystal clear and the visuals accompanying the tracks add a further dimension to this trip down memory lane.

Smith knows a successful formula when he sees one and having stuck with his particular trademark image for his whole career, his silhouette against the backdrops just add to how recognisable the backcombed hair and baggy suit brand is.
There’s a few people here in the crowd tonight who try to emulate this style with varying success.

I can’t hide my pleasure when my favourite track. ‘A Night Like This’ gets an airing , with the eighties sax solo break being replaced with an impressive guitar solo from guitarist Reeves Gabrels, followed a few songs later by another fave ‘Pictures of you’ there then follows a good few tracks that I’m not so familiar with. As a long time fan with a vast majority of their albums nestled in my record collection, I’ve never before considered myself a casual Cure fan but the choice of tracks were definitely more obs-cure, if you pardon the pun and aimed towards the ultimate fans to make this an extra special ‘I was there’ sort of night.

There’s of course a flurry of the more familiar stuff toward the end of the 2 hour 20 minutes set – but that could be that we’re heading toward the ‘back again ‘ part of the ‘from here to there and back again’ set list and having grown up with the band throughout my formative years , I’m more familiar with the older Cure stuff .

Ever present bassist Gallup’s energetic leaps around the stage (convinced he has a portrait in the attic as his image and energy are easily that of someone 20 years younger) for most of the night are amplified by the bass-heavy melodies of `The Forest’ and it’s the one point in the night where Gallup takes centre stage instead of Smith and the crowd sing along with vigour and ending on `Boys Don’t Cry’, the band depart with the promise of more gigs in 2019.