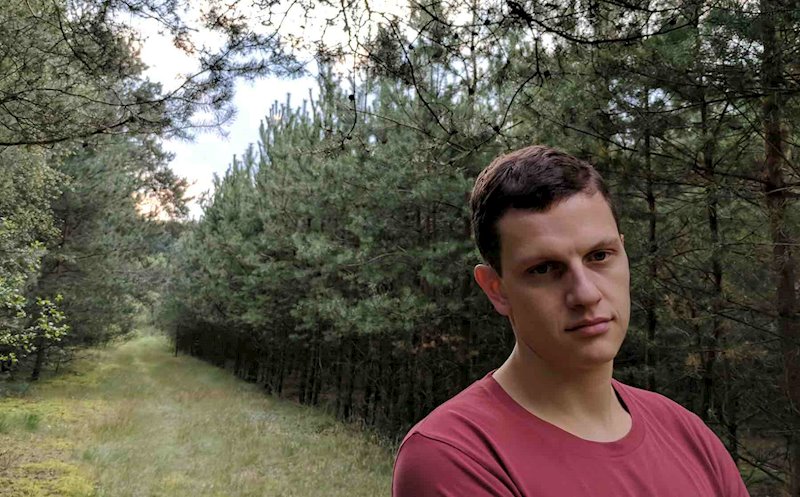 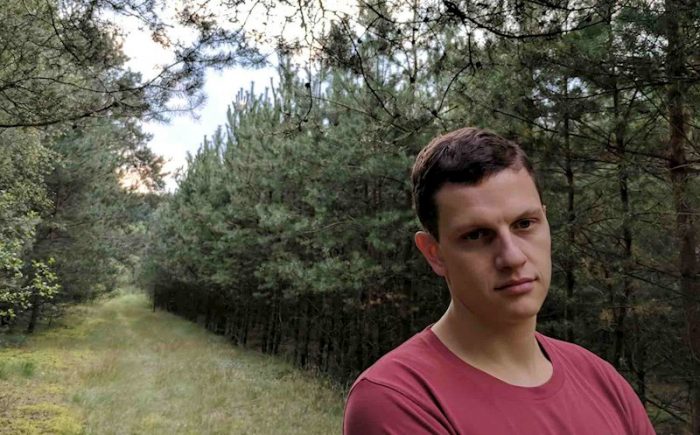 Hiccup is the name of the new full-length album from New York City-based artist CUP. Cup is Tym Wojcik, who is originally from Houston, Texas, but currently lives in Queens, New York.

Cup is Wojcik’s reaction to a lifetime of being forced to play rhythm guitar parts. A combination of power chords, repeated endlessly, while Tym’s brother smashed on his Boss Metal Zone and did his best Cobain meets Slash impression, or a series of oddly shaped jazz chords, played at a rhythm that was never perfectly right for his dad to solo over.

While Hiccup is technically Cup’s seventh release, it feels like its first, the others more artifacts that can be looked back on, marking a progression in sound that has become distinctly a thing of its own. Fuzz-soaked punk riffs that feel like they should be played faster, stretching and skewing into off-kilter melodies over driving dual rhythms. Songs about the fact of the body, the fact of existing, the challenge of conveying meaning. A background of anxiety throughout: a reflection of our odd world and oddly, incomprehensibly growing older in it.

The result is an album that both comforts and unsettles you, that kisses you on the forehead while punching you in the stomach, that is both floating in the clouds and slowly sinking in the pond. It’s the immediate laugh before realizing that a joke was actually incredibly sad. This is the space that Cup tries to occupy, and ‘Hiccup’ is just the latest attempt to get it done.

The band has also revealed their new video for Apparition, following hot on the tracks of the video for ‘Yr Freaking Out’. The new video was directed and animated by Sean McAnulty, a stopmotion /claymation artist based in Melbourne, Australia.

“After talking to Tym and listening to Cup, I wanted to make a video for Apparition, as its grittiness and lo fi quality I think goes well with my style of stop animation. The song was about anxiety, so I created a central character (a ghostly apparition) in a world of inner anxiety and paranoia, who has a conflict between another side of its self (the different coloured character), with some hallucinations thrown in,” says Sean McAnulty.

“So in my story its the central character seeing the other side of its self, but really they are one and the same: the character that represents inner anxiety is a part of the central character, and a part of everything else. In the end the two fuse and mash together over Cup’s dirty, fuzzy riffs. Overall I loved working on it, I love the track.”

“Some of the lyrics are about situations in which anxiety arises, some are trying to describe what that anxiety feels like–the reality is that it can creep in at any time, and is somewhat elusive and hard to describe. The main character in the video experiences his anxieties in the same way: you could be looking in the mirror, you could be looking out of a window, you could be opening a drawer in your dresser, and all of a sudden your brain chemistry goes haywire and you’re seeing apocalyptic visions,” says Tym Wojcik.

“You may feel like a different person altogether when you’re feeling especially anxious, but the trick is to learn that you are one and the same person–not to embrace it, per say, but more to understand that fact.”