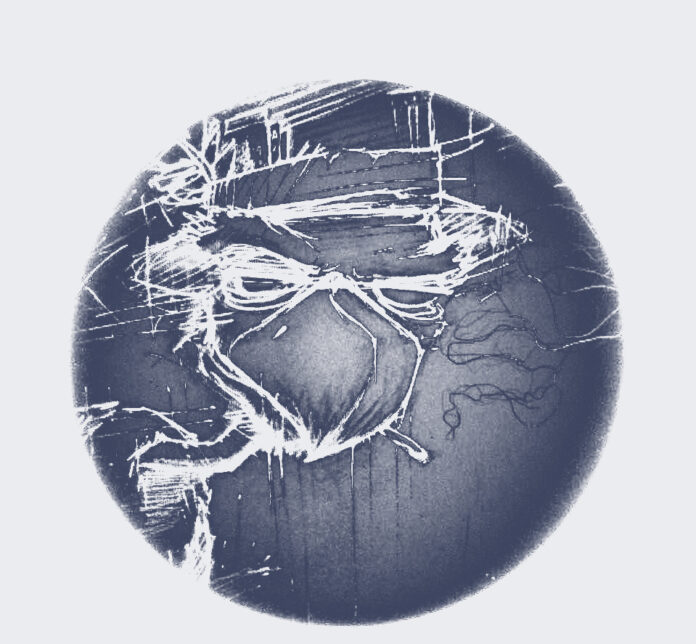 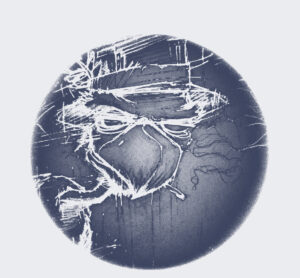 Simon Tucker reviews the new one by Culture Vultures concluding it’s their finest yet.

“Holy Jesus what are these goddamn animals?”

Entering into Squaktown is like stepping straight into the middle of a Dr. Thompson novel. The Gonzo ethics are writ large throughout and the influence is plain to see and hear (not just on the album artwork either). The four main protagonists in this twisted tale are: Po GriFF, Squires, Finn Barr, and Haggie (who provides the aural branches that the other three use to take off from) and to say there has been a vast improvement on their, admittedly very good, debut ‘Fuckin’ Wing It’ would be an understatement.

Everything about this album is punchier, tighter, and more focused than that release. This is down to the fact that not only have the band done far more gigs than before Wing It making them an even more cohesive unit but also down to the fact that their confidence in their own abilities seems to have become greater. They weren’t backwards in coming forwards before but now there seems to be a far bigger  sense of self-belief that, after listening to Squawktown, is entirely justified.

This confidence is apparent from the off as we are sent scratching around stop/start radio signals before the insidious title track unfurls is oppressive wings. A darkly humorous tale, Squawktown feels like entering a strange village at night where the residents all have ulterior motives. One of those towns which are picturesque by day and everyone is “local” but one which becomes disturbing at night with all manner of rottenness happening behind closed curtains.  Much like the town of Carmarthen in which is their spiritual nest one supposes..

The jump-up alt-funk of Water then sends the head nodding and is more reminiscent of their debut but, as previously mentioned, the beat is far fuller and better produced and their bars are more succinct and aimed. A sense of just HAVING TO GET THESE WORDS OUT OF MY HEAD runs through Water and the guest appearance of Benny Tags, Verbala, and the one-and-only Mr. Phormula on here add another level making this a standout cut.

Lyrically, Squawktown follows on from ‘Wing It’ in the sense that the group still rhyme about politics (Thatcher gets a very well deserved bit of treatment), literature, their upbringings, and drugs (the best example of this being Operation Julie which by using a sample discussing the LSD revolution in West Wales makes the point hard to miss) but this time, whilst there is still laughs to be hard, there is a darker edge to the bands words which gives listeners food for thought.

Outside of the music itself it is the albums running order that impresses as they have got it spot on this time. The aforementioned title track is a ballsy move as it would have been so easy to have come swinging with a banger but instead the band slow the pace, letting us enter the world in stealth mode before the arc of the story becomes clear as the louche funk of Balloon Animals (featuring Zubat) the twisted R ‘n’ B of Brain Freeze (which contains a great ODB sample) and the lurching Generic Asian (which at times reminds of Nine Inch Nails) all lift you up then send you back down never once letting you sit easy or get settled. There’s even loving, soulful numbers in the form of Escalate and Buddhapest which you get a felling they would not really have attempted before.

There’s nothing better in the world of music than hearing a band develop and get stronger with each release and Squawktown is a fine example of this. More profound, deeper, and wittier this album is where Culture Vultures grow their wings and set sail for the sun..

You can buy Squawktown via Winger Records Bandcamp.