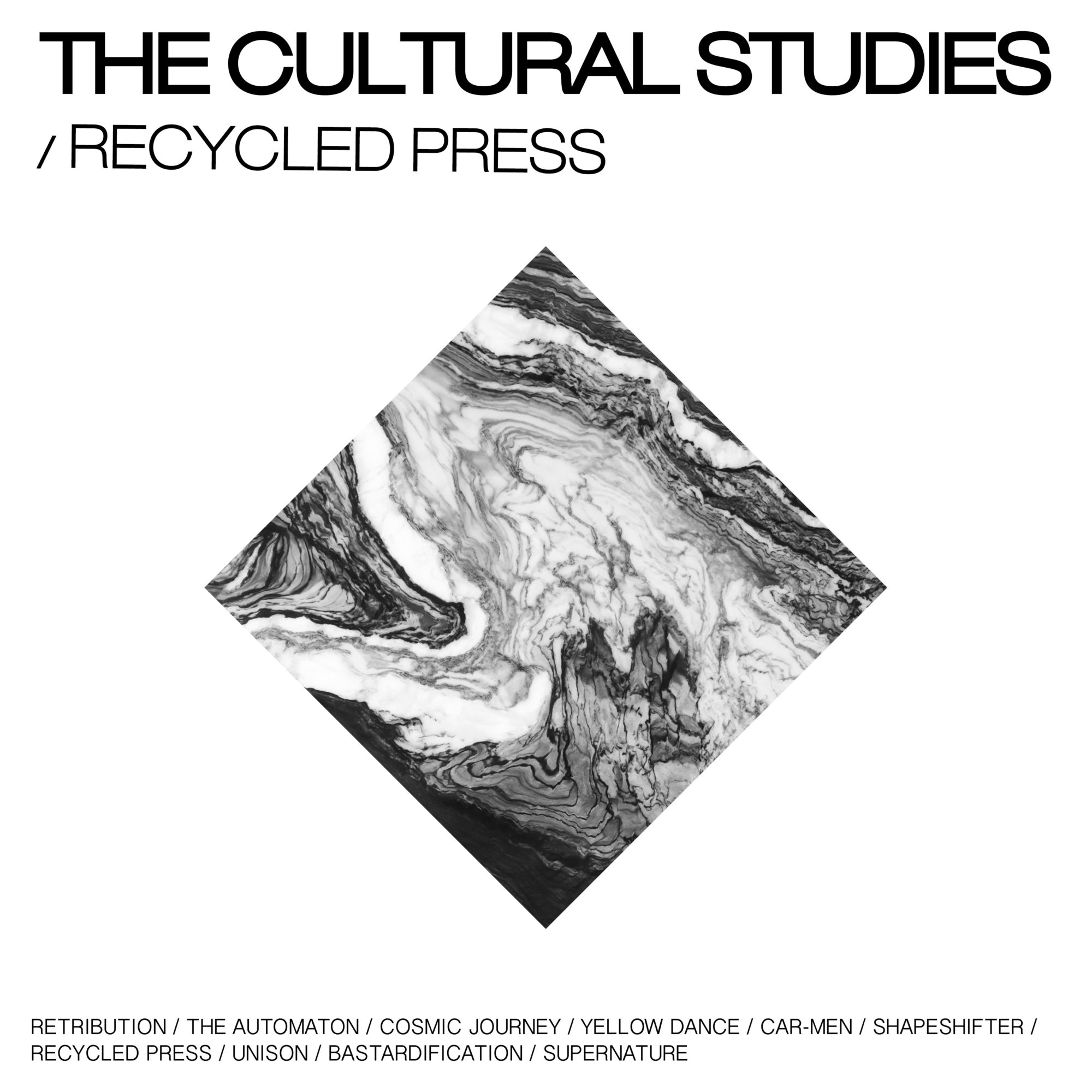 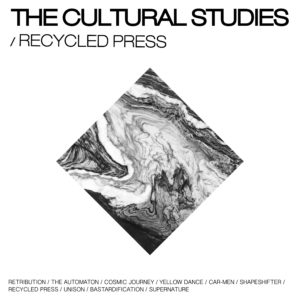 Largely spoken word, Recycled Press is a punchy and occasionally raw sounding album combined with dancey, electro beats it offers an alternative slant on modern day pop. Considered as a musical genius Oskar Pompa spent his formative years in Slovakia and after a chance meeting with American ‘Eric’ at Spector Studio in Brussels, The Cultural Studies was formed.

Recent single The Automaton, aside from being the album highlight, is a fascinating and sometimes amusing diction on the World banking system. “I want my money back” is the catchy strapline which accompanies a frenetic backing with Eric sounding very much like actor Bill Murray. In fact, once that image is in your head, it’s hard to shift.

It is the spoken word, almost poetic style that sets this album aside from its contemporaries. Cosmic Journey has a backing at times with more than a hint of Taking Heads’ Once In A Lifetime and it’s those comparisons that add to the albums charm.

On efforts more akin to singing, the album loses a little impetus. Yellow Dance for instance descends into a mediocre pop track without the edge that its predecessors contain but normal service is resumed with Car-Men a thoroughly entertaining diction over a pattering backbeat.

The title track tackles power, corruption and lies within a wonderful electro-reggae beat, and Bastardification, aside from having one of the best song titles of the year, deals with the tabletisation of society. Shapeshifter is slightly experimental in its backing with added vocals over a delightfully unconstrained flexibility. A tale of vampire sorts has some Pet Shop Boys influence and terrific pounding percussion.

Amongst the incisive percussion of album closer Supernature, Ricky Gervais gets a mention in the same line as squirrels and the continued black humour of Recycled Press is once more present amongst the occasional profanity.

It’s not a perfect album, but it’s imperfections make it some essential listening and there are plenty of ideas abound from the duo which bode well for future releases. When The Cultural Studies get it right, they get it spot-on and it’s those moments which make them one to keep an eye on.